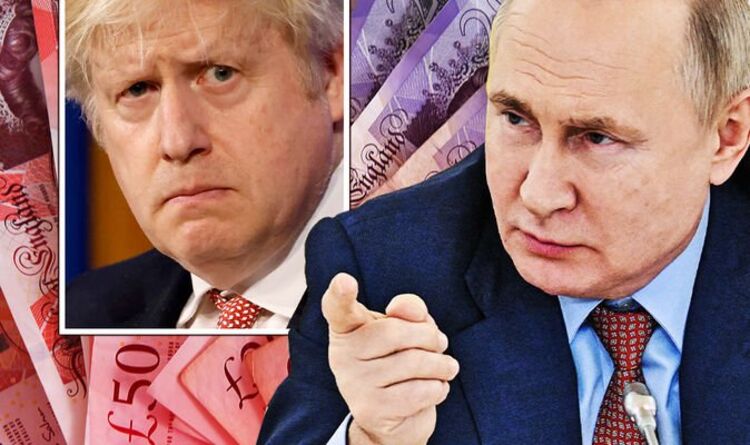 The energy price cap will skyrocket from April 1 for around 22 million customers, with Britons on default tariffs paying by direct debit seeing a huge jump of £693 from £1,277 to £1,971 per year. This massive increase is being driven by a record rise in global gas prices over recent months, with wholesale prices quadrupling in the last year. But in a further hammer blow to millions of Britons already struggling with the cost of living, Boris Johnson has warned the situation could be about to get even worse.

Russia already supplies around 10 percent of the world’s oil, and some 40 percent of gas throughout Europe.

Mr Johnson was in the House of Commons on Tuesday detailing the first raft of sanctions against Russia, when he was asked about the consequences of war on household energy bills.

“What assessment have the Government made of the impact from the war on energy prices, of oil prices and the subsequent impact on people, on people at home.

“What measures can the Government mitigate those factors, which, as we know, the war is likely to increase the cost of living for ordinary folk across the country?”

The Prime Minister replied: “He is quite right that one of the risks of Putin’s venture is that there could be a spike in gas prices, in oil prices.

“The Government will do everything we can to mitigate it and help the people in this country but it’s one of the reasons why the whole of Western Europe has got to end their dependence on Russian oil and gas.”

This comes with experts warning a rapid escalation in sanctions against Russia could send energy bills and inflation soaring to new highs, keeping prices higher for longer.

But several other experts have cast doubt over whether the EU would now take an economic blow as the West tries to fight back against Mr Putin over Ukraine.

Oksana Antonenko, director of global political risk at consultancy Control Risks, said: “Personally, I doubt that you will find a consensus within the EU.

“To stop imports of Russian oil and gas is just, in my view, is impossible to imagine.

“But it is possible to imagine that Russia will suspend supply of gas for Europe.

“They’ve done that before, so the disruption is possible.

“If that is to happen, I think we will see increased prices for sure.”