Donald Trump’s social media company says it has agreements in place to raise $1bn from investors ahead of a US stock market listing.

The Trump Media & Technology Group, which will be listed on the Nasdaq, plans to launch a new social media platform next year called Truth Social.

The former US president has criticised Twitter and Facebook for banning him over concerns his social media activity incited the 6 January attack on the Capitol as rival Joe Biden’s election win was certified.

Mr Trump had previously accused those platforms of censorship and political discrimination against conservatives, and repeated that accusation alongside the funding news.

Following the ban, he launched the “From The Desk of Donald J. Trump” blog – initially describing it as a platform – but closed it down less than a month later

One of his aides, Jason Miller, told CNBC the page “was just auxiliary to the broader efforts we have and are working on”, hinting towards the new social media platform launch.

“As our balance sheet expands, Trump Media & Technology Group will be in a stronger position to fight back against the tyranny of Big Tech,” he added.

First reported by Reuters, the former president’s success in attracting financial backers was due to his personal and political brand.

No public details are yet available on whom the investors are, nor the financial details of the new company, and the deal to merge with the so-called blank cheque firm of Digital World Acquisition Corp has not yet been closed, reported Bloomberg.

Reuters reported that US Senator Elizabeth Warren had asked the Securities and Exchange Commission (SEC) chairman Gary Gensler to investigate the planned merger for potential violations of securities laws around disclosure.

The SEC has declined to comment on whether it plans any action. 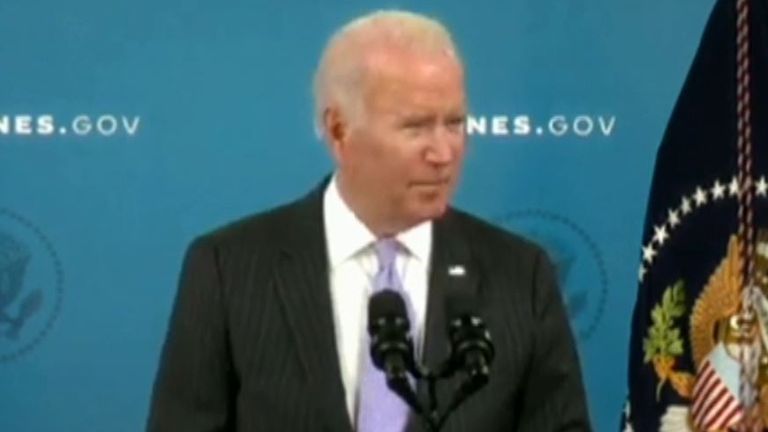 It comes as Mr Trump has continued to solicit donations, teasing that he may run again in 2024 but without making any formal pledge – which could impose restrictions on his fundraising activities.

Truth Social has been pitched as allowing conservatives the freedom of speech without the platform moderating their messages “on the basis of political ideology”.

Mr Trump has continued to claim without evidence that the election of his opponent Mr Biden was fraudulent.