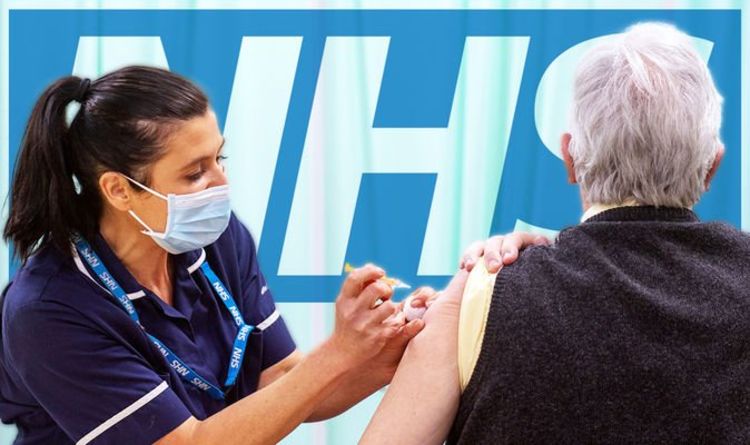 New rules mean all frontline NHS workers are required to have had two doses of the coronavirus vaccine by April 1, meaning the first dose must have been administered by February 3. NHS staff will be asked to prove their vaccination status or to display evidence to show that they are exempt, or will be at risk of losing their job.

Guidance from the NHS says that staff who haven’t received both doses could be called into formal meetings after February 3 and warned that they face dismissal.

Dismissal notices will start being issued from February 4, with the notice period ending on March 31.

The rules not only affect doctors and nurses but also include porters, receptionists and ward clerks too.

Concerns have been raised as to whether this would cause services to be delayed or reduced as currently more than 80,000 individuals – around six per cent of the workforce – remain unvaccinated despite repeated efforts to boost take-up.

The RCN said the rules would be “an act of self-sabotage” amid an already pre-existing staff shortage.

While the RCM warned that not delaying the rules could have a “catastrophic” impact on the delivery of services – particularly maternity.

Staff who are not vaccinated can be removed from frontline positions and can be deployed into backroom roles that do not involve direct patient contact according to the guidance.

READ MORE: ‘End is in sight!’ WHO issues statement as Covid cases fall

The guidance also says they do not have to be concerned with finding “suitable alternative employment”.

It also adds that no redundancy payments will be made to those who are dismissed.

Separate guidance is also being issued for local GP practices suggesting that different entrances and exits are created for unvaccinated staff to avoid them crossing paths with patients.

The advice, from the Cambridgeshire local medical committee, says this would be a “pragmatic” approach.

NHS guidance also advises that organisations should warn regulators if they identify areas likely to be hit by staffing shortages that could threaten patient safety.

While Saffron Cordery, the deputy chief executive of NHS Providers said it was “concerning” that significant numbers of patient-facing staff had not been vaccinated as the February 3 deadline approached.

She added that she did not think delaying the rules being brought into force was the answer but said action must be taken to avoid safety risks to patients.

She said that bosses would “do everything they can to support vaccine-hesitant staff while managing the significant risks presented by this policy in the coming weeks.”

Ms Cordery went on to note that the mandatory vaccination policy and the consequences of not being fully vaccinated by the deadline were clear to staff, before saying: “No trust leader remotely relishes the prospect of dismissing their staff, but they are obliged to implement the law.”

According to the Government’s impact assessment 73,000 NHS staff in England could be lost because of the rules.

In addition 100,000 NHS job vacancies, including 40,000 nursing posts, are currently being advertised as the NHS faces major staffing shortages.

Last week the Health Secretary told the Commons the Government remained committed to plans to introduce compulsory jabs for all NHS frontline staff from April.

Sajid Javid initially announced that the jabs would become mandatory for NHS frontline staff back in November.

At the time, he confirmed that all NHS workers who have face-to-face interactions with patients, who do not have health exemptions, would lose their jobs if they are not fully vaccinated against coronavirus by April 1.

When revealing the deal in the Commons at the time, he said doctors and nurses in particular “carry a unique responsibility… because they are in contact with some of the most vulnerable people in our society”.

He added: “It cannot be business as usual when it comes to vaccination.”

Last week he added that since consultation began, take-up of jabs by NHS workers had risen from 92 to 94 percent.