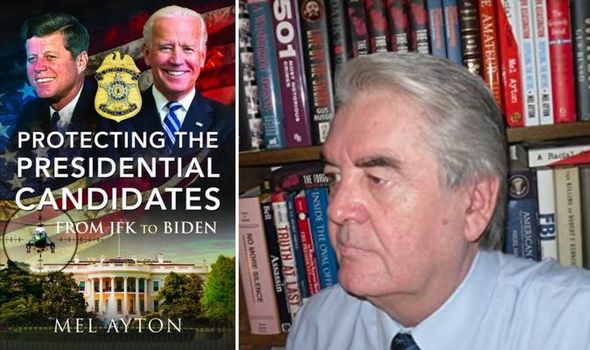 Secret Service agents pleaded with President John F Kennedy to be allowed on the running boards of his limousine as he visited Dallas,Texas, on November 22, 1963.Amid multiple death threats the agents feared they could not put themselves in the path of a bullet if JFK insisted on being seen by all the crowds thronging the route.

But Kennedy was anxious not to appear weak, and ordered the Secret Service to keep their distance from his open-top limousine, with fatal consequences.

“JFK might still be alive today if he had listened to his Secret Service,” says Mel Ayton, author of a new book, Protecting The Presidential Candidates, which exposes the myriad dangers targeting those who covet the Oval Office.

Kennedy bodyguard Chuck Taylor, noting that JFK’s lethal third bullet came six seconds after the first, agreed: “If agents had been allowed on the rear running boards, they would have pushed the president down and jumped on him to protect him before the fatal shot.” 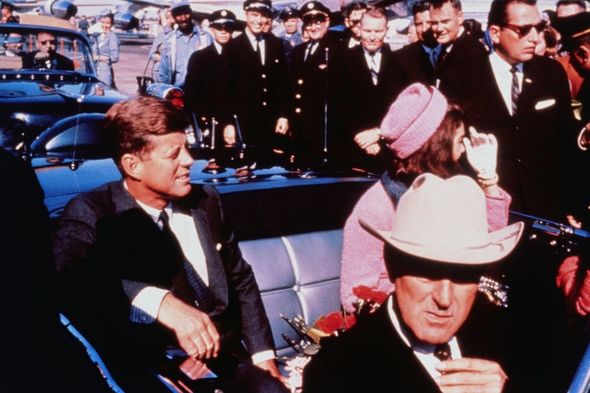 John F Kennedy and wife Jacqueline in the presidential motorcade on the way to Dealey Plaza. (Image: Getty Images) 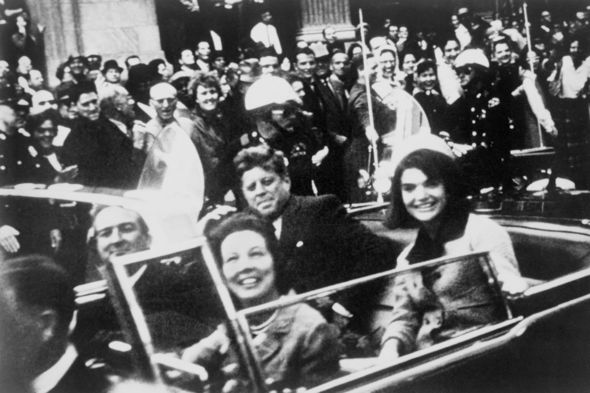 JFK’s Secret Service agent Clint Hill says: “I wish I had taken that third bullet for him. I still have nightmares about it.”

It is now 58 years since Kennedy was assassinated, but the danger to US presidents and White House hopefuls has only grown.

“The technology of assassination has improved dramatically in the past six decades,” says the author, who drew on FBI files, inside sources and interviews with Secret Service agents.

“Death threats and murder plots still include guns and bombs, but there’s the added danger of bombs delivered by drones, poison-tipped umbrellas, anthrax, ricin and sarin gas. There are lasers and acoustic devices. It’s impossible to completely guarantee the safety of any politician.”

Even cranks can be dangerous. 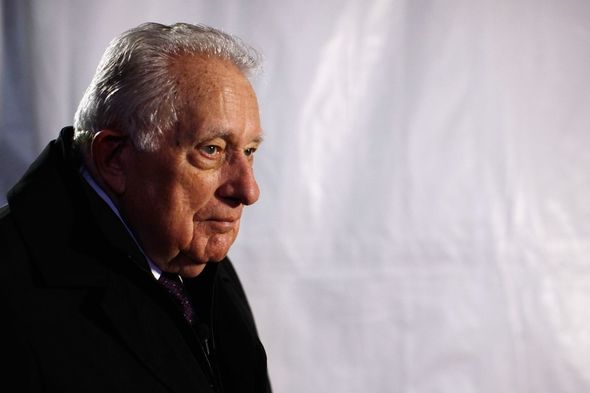 Samuel Byck hijacked a commercial DC-9 jet and murdered the pilot, planning to kill President Nixon by crashing into the White House in 1974 (he was shot and wounded in the attempt before killing himself).

The tragic murders of two British MPs, Jo Cox, in 2016, and David Amess in October, shook the UK, but in America, where residents own more than 300 million handguns, Ayton says: “The danger is ever-present, and immediate.”

Thousands of death threats are aimed at presidential candidates in an election year, and though most are hollow, many prove to have deadly intent. “The Secret Service can’t afford complacency,” says Ayton. 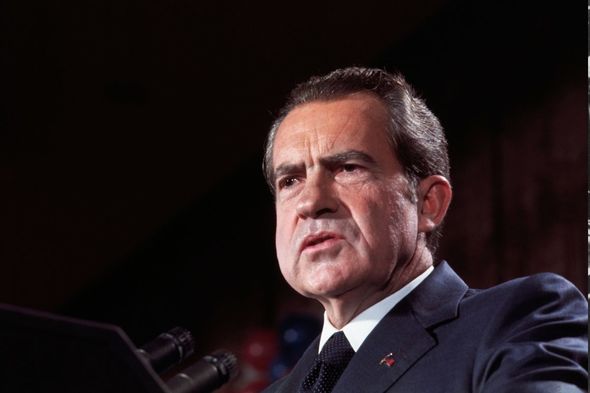 “There’s no sense in worrying about those things,” said JFK’s brother, presidential candidate Robert Kennedy. “If they want you, they’ll get you.”

Their fears were justified: FBI files reveal a flood of death threats against the senator. Suzanne Osgood stalked his office with a sixinch hunting knife, wounding a Secret Service officer before she was arrested in 1979.Throughout US history four presidents have been assassinated – Abraham Lincoln, James Garfield, William McKinley and JFK – and two survived shootings: Theodore Roosevelt and Ronald Reagan (hit by a bullet fired by John Hinckley Jr, who thought it would impress actress Jodie Foster). By contrast, some 38 agents have died on duty, including four killed in a car crash while protecting the Queen on a visit to California in 1982. 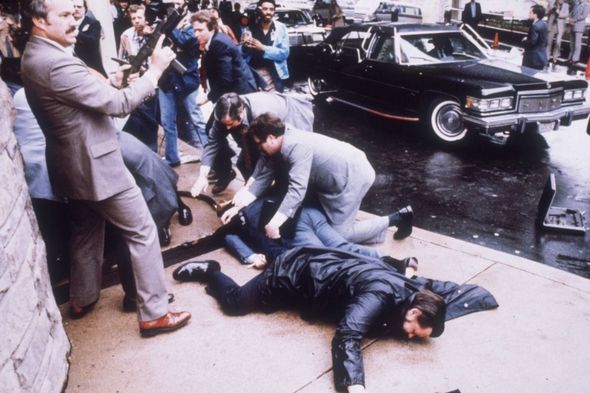 Reagan was the victim of an assassination attempt outside the Hilton Hotel in Washington. (Image: Michael Evans/Keystone/CNP/Getty Images) 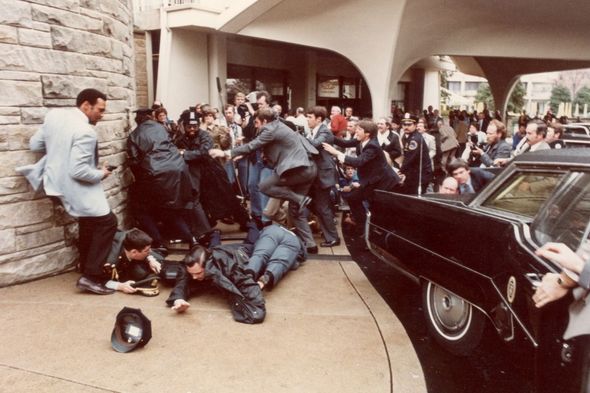 By 2003, when he ordered an invasion that began the Iraq War, George W Bush was receiving a record 500 death threats a month. Barack Obama amassed so many threats he was given Secret Service protection a year before winning the 2008 Democratic nomination. More recently, Joe Biden has been the target of numerous kidnapping and assassination plots.

Since Robert Kennedy’s assassination all major presidential candidates have been given Secret Service protection: 27 agents, a bulletproof car, lead car and chase car. Yet agents not only protect, but are also privy to intimate secrets behind White House doors.

Bodyguards famously helped JFK and Bill Clinton arrange secret rendezvous with lovers, and turned a blind eye to the extramarital affairs of presidents Lyndon B Johnson and George HW Bush, despite security fears. 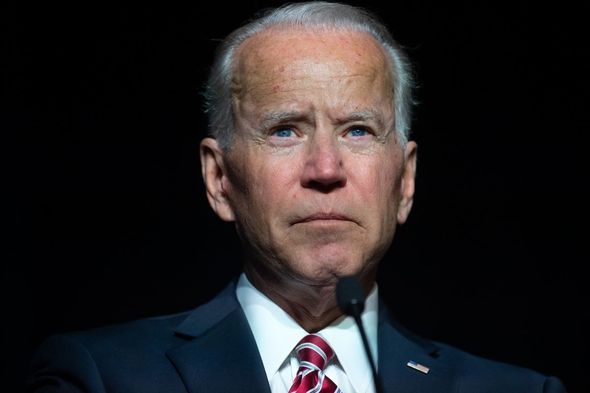 President Joe Biden has been the target of numerous kidnapping and assassination plots. (Image: SAUL LOEB/AFP via Getty Images)

“Women could have been carrying weapons or poison, listening devices or cameras for blackmail,” says the author.

“And Donald Trump had his agents help him cheat at golf.”

Candidates ignore their bodyguards at their peril.

“George Wallace, running for president in 1972, left his bulletproof dais against his bodyguards’ advice, and was shot as he shook hands with his supporters,” says Ayton. The Democratic candidate was shot five times but survived, paralysed for life.

Yet many can’t resist the urge to escape their minders. 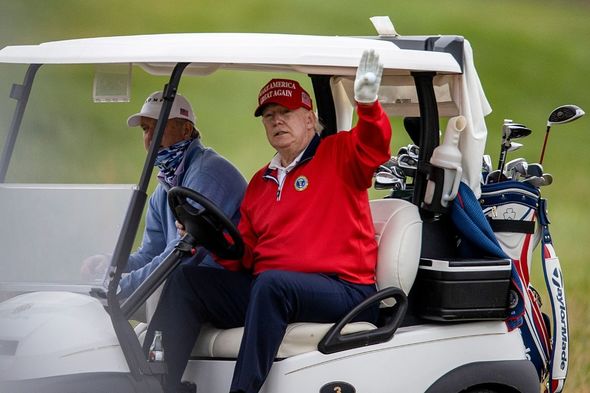 “Richard Nixon was an assassin’s delight, who came near to being killed on several occasions, sneaking away to restaurants,” said his Secret Service Chief UE Baughman.

President Jimmy Carter liked talking with visitors through the White House railings, Bill Clinton made a tempting target jogging around White House grounds, and Barack Obama would stroll from the White House to a nearby hamburger joint.

By contrast, President Reagan carried a .38 revolver in his briefcase “just in case”. When he began showing signs of Alzheimer’s, the Secret Service took away his gun.

Many politicians loathe the loss of privacy that comes with Secret Service protection, and even feel imprisoned. 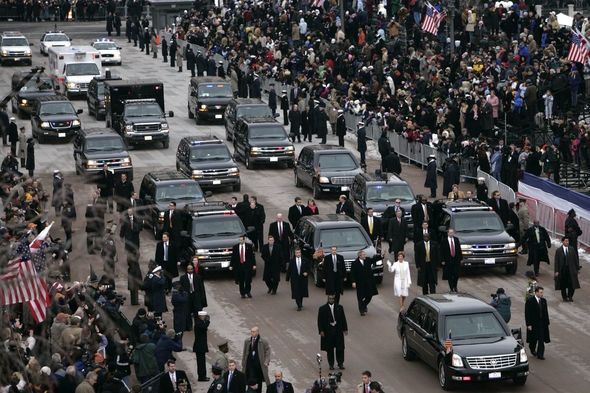 “The White House is the crown jewel of the federal corrections system,” joked Clinton. Says Ayton: “It’s always a balancing act between the Secret Service, who would like to wrap every candidate in a bulletproof bubble, and the politicians who want to get out and meet their public.”

Presidential attackers vary widely, but an intriguing profile emerges of the typical threat: an unemployed young white male, a failure and drifter, unloved with little female contact, obsessional, alienated, with a personality disorder. Many aim to kill just to win notoriety. That’s also a pretty accurate description of John Hinckley Jr, who shot President Reagan in 1981.

“Most people don’t realise that before shooting President Reagan, Hinckley had stalked President Carter, intending to kill him,” says Ayton.

“When it became obvious Carter would lose the election, Hinckley didn’t think killing him would bring him enough notoriety, so he stalked Edward Kennedy instead.

“Only after giving up on Kennedy did he turn to Reagan. He just wanted to make the biggest headlines.”

While all eyes are on the Oval Office aspirants, spare a thought for the over-worked, over-stressed Secret Service agents who are ready to take a bullet for a candidate.

Agents have to “forgo sleep for 24 hours, skip lunch and dinner, stand outside a house in the rain at 3am for several hours, take a cab to the airport and finally board a plane to a large city for a four-hour flight,” all the while missing their wedding anniversaries and children’s birthdays, says former agent Dan Emmett. Unsurprisingly perhaps, the burn-out rate is high.

“Agents protecting the president rarely work more than five years before moving back to the field,” says the author.

Former agent Marty Vencker recalls visiting five cities a day on the campaign trail: “I’d be running alongside the limo and I’d have to look down and read the sewer covers to see what city I was in.”

But not everyone is willing to make the ultimate sacrifice.

“One agent found Donald Trump so objectionable that she refused to take a bullet for him,” says Ayton. “She was quickly reassigned.”