Those stood at Stamford Bridge on Sunday could probably have done with a seat by the end of this breathless 90 minutes.

Safe-standing or not, resisting the urge to rise to your feet during this pulsating encounter was a challenge in itself.

A gripping football match accompanied by a red-hot atmosphere – just like those who have advocated safe-standing told us. 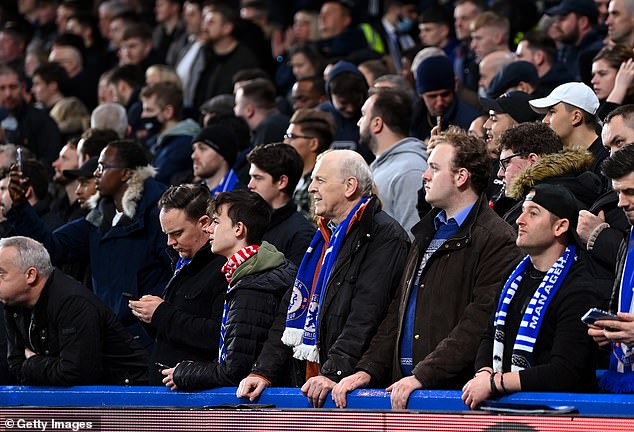 Chelsea trialled safe-standing for the first time in the Premier League, against Liverpool 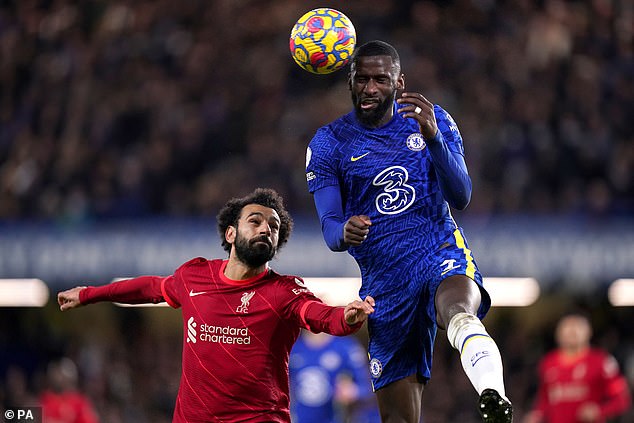 Those lobbying for the provision of standing areas at football grounds would have watched on with their hearts full.

This was quite the advert for the reintroduction of standing zones at English football on a permanent basis.

But it was always going to be, of course. Chelsea versus Liverpool. Second versus third. It really doesn’t get much bigger.

The fierce intensity on the pitch was matched by those driving their respective teams forward off it. 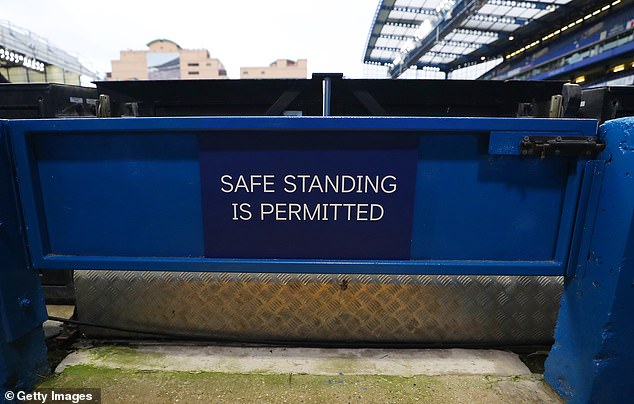 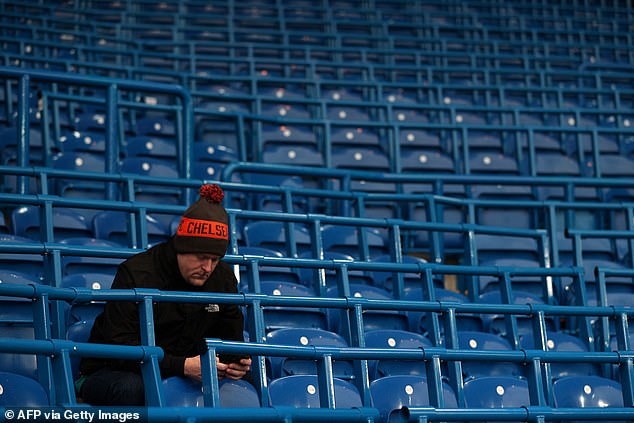 Chelsea installed special railing for the trial period, which was kicked off in west London

And as much as this first chapter of the safe-standing trial here at Stamford Bridge passed off without any glitches, we should perhaps reserve judgement on whether it significantly improves atmosphere at stadiums.

As Liverpool raced into a two goal lead courtesy of Sadio Mane and Mohamed Salah, you’d imagine the novelty of it all had worn off pretty quickly for the home fans stood in the iconic Shed End, where the majority of the safe-standing trial at Stamford Bridge is located.

For the travelling supporters stood in the lower tier of Matthew Harding Stand, they had forgotten that they even had the option of sitting.

Not quite the Kop at its vociferous best – but those who had made the trip down to west London were fully embracing the opportunity of standing up at a domestic top-flight match once more. 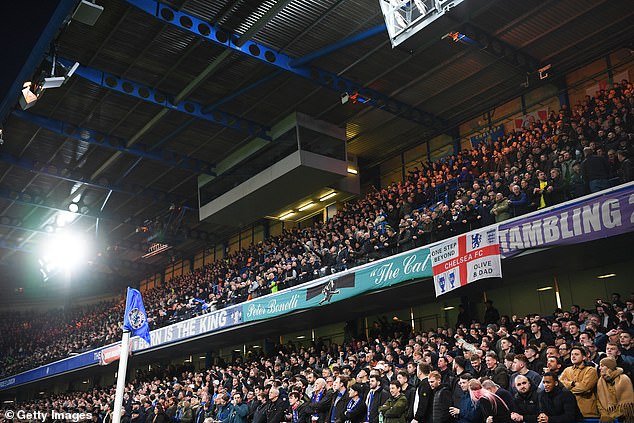 Some Blues fans sunk back into their seats when they went behind, but were soon back up

Similarly, the Chelsea fans who had slumped into their chairs when Salah fired home Liverpool’s second were swiftly back on their feet as they watched their team stage a brilliant and brave fightback to level before the break.

What is for sure is those 12,000 fans included in Sunday’s trial won’t be forgetting the experience in a hurry.

Whether standing becomes the norm at football matches again remains to be seen.

But if this is anything to go by then it’s definitely the way forward.