Sadio Mane had an eventful start in Liverpool‘s must-win clash with Chelsea at Stamford Bridge.

The 29-year-old, in his last match before he joins up with the Senegal squad for the African Cup of Nations, was booked just 15 seconds after the game got underway.

In a action-packed opening to the game, Mane then capitalised on a mistake from Trevoh Chalobah to put Liverpool 1-0 up after nine minutes. 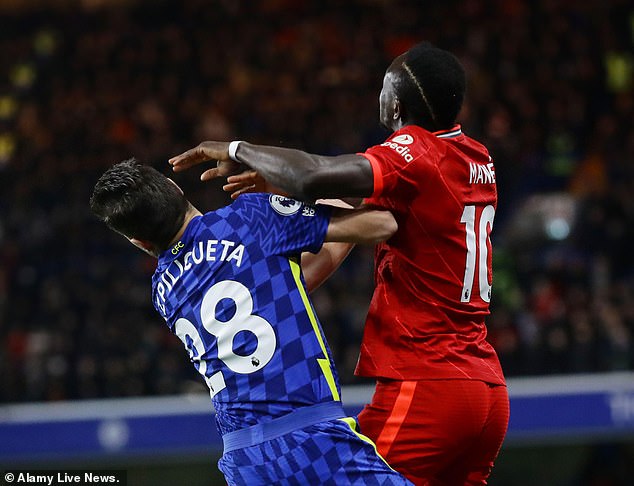 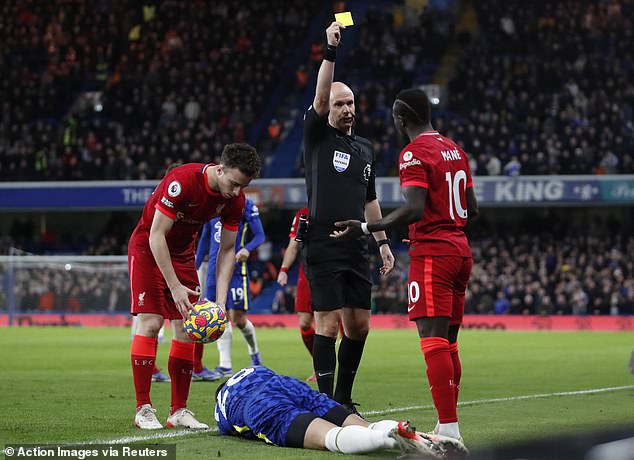 Some fans on social media though felt that the Liverpool forward was let off lightly with his booking and should have been sent off.

A long ball was immediately played out to Mane on the left who while jumping for the ball caught Cesar Azpilicueta with an elbow to the head, with the whistle blown for a foul after six seconds.

Azpilicueta held onto his face in pain as referee Anthony Taylor brandished Mane a yellow card after 15 seconds.

15 – Since the start of the 2006-07 season (when we have exact times), Sadio Mané’s booking after 15 seconds against Chelsea is the earliest recorded in a Premier League game. Overzealous.

Gary Neville on commentary suggested Mane was helped out by how early the incident was in the game.

He said: ‘It’s not a great one for Mane, it’s six seconds into the game and that’s what has helped him.’

Opta confirmed that Mane’s booking was the earliest in a Premier League game since they started taking down the record at the start of the 2006-07 season. 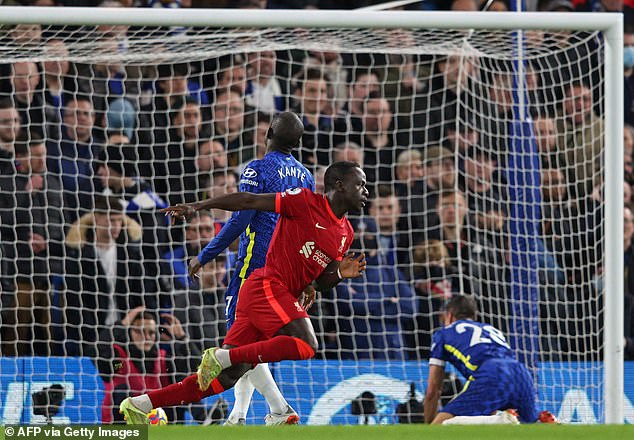 Mane scores and he shouldn’t even be on the pitch. Just sums it all up.

That should have been a red card for Mane 🤷‍♂️. Lucky there. #CHELIV

‘He knows exactly what he’s doing. It’s an elbow. I think if you give a yellow card it should be a red.’

Chelsea fans though felt Mane was lucky to be on the pitch at the time of his goal.

One fan commented on Twitter: ‘Mane scores and he shouldn’t even be on the pitch. Just sums it all up.’

Another user posted: ‘That should have been a red card for Mane. Lucky there.’