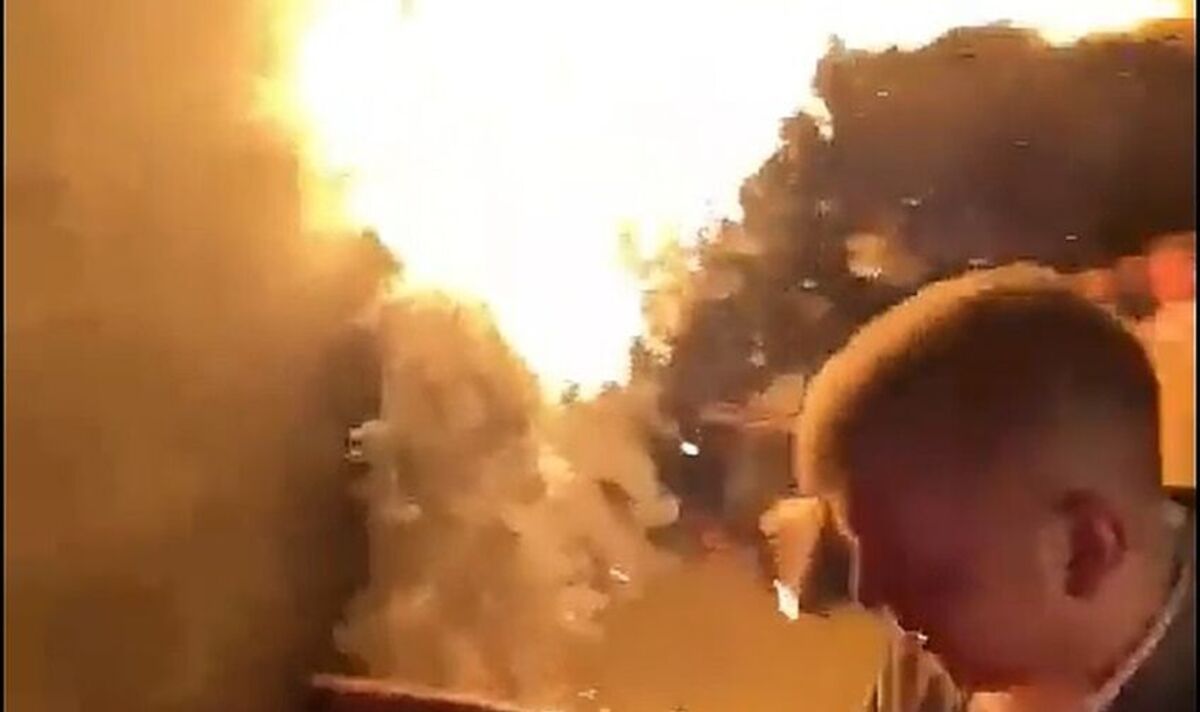 Diners at a Latin American restaurant in London rushed to escape after a huge fire took area, a news report has stated. The incident was reported from MNKY HSE restaurant on Dover Street in Mayfair on Friday night.

London Fire Brigade reportedly said they were called out at 9.40pm with a blaze in the basement of the building.

Five fire engines and at least 25 firefighters arrived at the restaurant but the fire had already been put out, and thermal imaging was used to check everything was in order.

Two people were reportedly treated for injuries by ambulance staff but they are not believed to be serious.

One of the customers told The Mirror that the fire spread quickly, taking hold “within seven seconds” and that there was immediate shock before screams as people tried to leave the building.

A video shows some people having to duck under a fire to get to a door with decoration on the ceiling ablaze.

Dramatic video footage has emerged online of the fire starting in a corner of the restaurant with diners screaming “Go, go, go” and “Get out” and some falling to the floor in the rush to escape the flames.

The trendy restaurant is popular with celebrities, including contestants from Love Island with some dining there in August after a reunion episode.

MNKY HSE have restaurants in London and Manchester, as well as Doha in Qatar and Riyadh in Saudi Arabia, where their menus serve Latin American food.

Another user commented: “No way! They really do dumb stuff with those sparklers there, the place turns into a walking walking hazard.

“Hope no one is injured.”