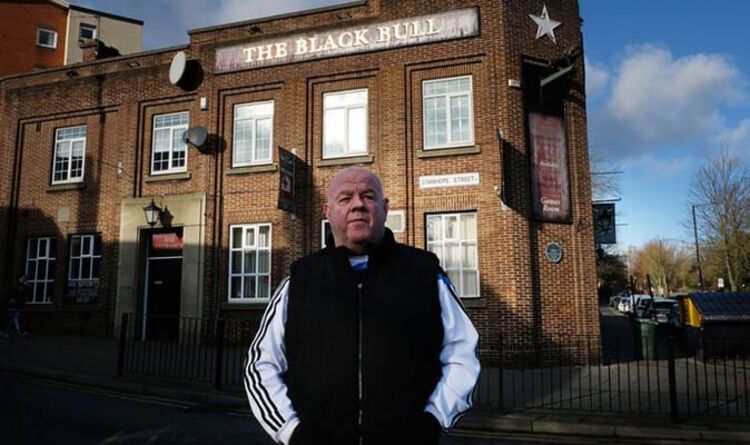 Steve Burns, 60, has spent half of his life as the tenant of the Black Bull, a stone’s throw from Newcastle United’s St James’ Park. It is popular with Newcastle supporters before and after homes games and has a “great bunch of locals”.

But the owner of the building, Trust Inns, told Steve he had 10 days to exit the premises in November 2021 otherwise he would be chased for dilapidation cost.

He admits that the whole pub was in “need of investment” but said it was in a “much better condition” than when he took the pub on in 1991 and that he had tried multiple times to negotiate a transformation of the site. He says he has proposed to convert the manager’s flat above the pub into hotel rooms to “ensure the longevity of the business.”

He said that in return for this personal investment, he had asked for a long-term contract. But was refused, with Trust Inns saying they could only give him a three-year contract.

He said the Trust looked into financing the investment themselves, but ultimately decided that neither they nor he would be able to go ahead with the transformation.

Steve’s had to let staff go due to the uncertainty but is determined the pub won’t have to shut.

Black Bull, which is in central Newcastle, has hosted Christmas parties for the likes of Newcastle players Alan Shearer, Rob Lee and Philippe Albert, and has pulled pints for members of Westlife post-concert during their heyday.

Speaking to Chronicle Live, the landlord said: “I feel that I’ve been forced out rather than leaving voluntarily, without being given a clear reason why I can’t invest.

“I would appreciate any communication from Trust Inns, given that I’ve spent half my life looking after the place.”

Steve first took on Black Bull in 1991 after a stint working the doors in Newcastle.

The place had previously been shut for a two years due to antisocial behaviour and “the police couldn’t understand” why he’d want to get involved.

Since then, Steve has revived the establishment and has helped it become a popular watering hole.

Trust Inns declined the plans to create hotel rooms and Steve was locked into a stalemate with the firm, which he claims won’t fund any large renovations.

Steve, from Benwell, Newcastle, said: “I didn’t want to just roll over and pay dilapidation costs, because I wouldn’t have a say in what the money was spent on, despite knowing the place better than anyone else.

“I was still intent on investing, because I knew it couldn’t survive otherwise. Partly because of lockdown, the changing drinking culture and the fact it’s become more of a student area.

“The dynamic has certainly changed over the years. There used to be six other pubs and a working men’s club in the area, now the Black Bull is the last one standing.”

The hospitality industry has been hugely affected by the Covid pandemic with pubs and bars shutting in the UK on an alarming rate.

Black Bull has seen a rise in trade since fans were allowed to return to sporting fixtures as pandemic restrictions eased last year.

Steve continued: “These days, matchdays are the only really popular times, because mostly people just head into town if they want a drink. We’d already tried different things like introducing Sunday lunches to try and pick up business.

“I knew that converting the upstairs into rooms would be the best option, and I told Trust Inns they could be involved with the development process and check in at anytime they liked.

“I first heard about the ‘dilapidated state’ from Trust Inns in October, and by November, I was being forced out.

“I tried to phone my business development manager when I was told I needed to leave, but he never responded, and since then I haven’t been able to speak to anyone. It’s left a really bad taste in my mouth.”

Chronicle Live have tried to reach out to Trust Inns for a response.