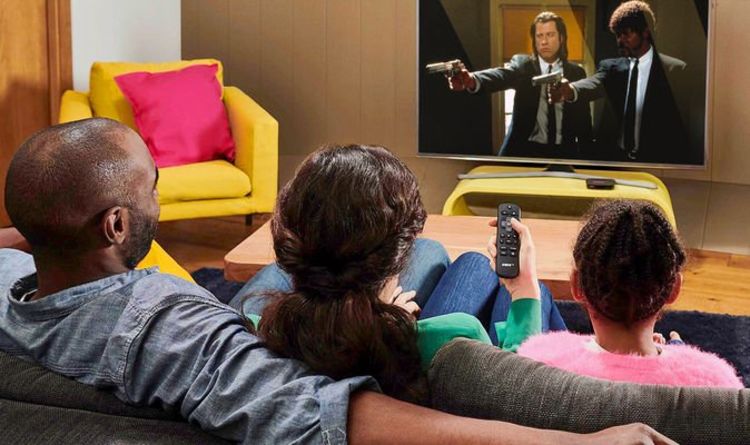 If you’re hoping to organise a few movie nights this month, don’t miss the incredible slate of films airing on one of Freeview’s newest channels. Great! Movies, which launched nationwide last year – replacing Sony Movies in the TV Guide on your set-top box, has queued up an immensely strong line-up of blockbusters. It starts the new year with a new show, dubbed Spotlight, presented by film critic and scriptwriter Andrew Collins, which will highlight some of the biggest new movies coming to the channel. The show aims to put classics, hidden gems, and the best Hollywood blockbusters under its, erm, spotlight, before the full feature-length film airs on Great! Movies.

Spotlight starts its run with a focus on Academy Award-winning Quentin Tarantino, with Pulp Fiction, Kill Bill and Jackie Brown, set to air on the channel in the coming days. Later in January, Andrew Collins will be shining his spotlight on Mark Wahlberg and Jason Statham in the remake of The Italian Job, followed by Tim Burton’s epic reimagining of Planet of the Apes, starring Mark Walhberg and Helena Bonham Carter.

Great! Movies is supported by advertising, so you don’t need to worry about paying extra to unlock the channel on your Smart TV, Freeview Play app on your smartphone or tablet, or Freeview set-top box. Great! Movies is also available on services like Virgin TV 360, Sky Q, BT TV, and of course, the all-new Sky Glass.

This Friday sees Kill Bill Vol 1 air at 9pm. For those who haven’t seen the Martial Arts-inspired movie, it follows a former assassin, known only as The Bride (Uma Thurman), as she wakes from a coma four years after her jealous ex-lover Bill (David Carradine) attempted to murder her on her wedding day. The blood-thirsty conclusion to the two-parter, Kill Bill Vol 2, will be broadcast at the same time on Friday January 21.

Speaking at the time, Narrative Entertainment chief exec Daniel Levin told Variety: “Sony has done a wonderful job of cultivating these channels and they’ve been a wonderful partner in this transition. The programming will be uninterrupted. We’re particularly excited to welcome a brand like Pop into the Narrative family, which is without question a premier destination network for children across the UK, and to give an incredible new look and feel to the movies and entertainment channels.”