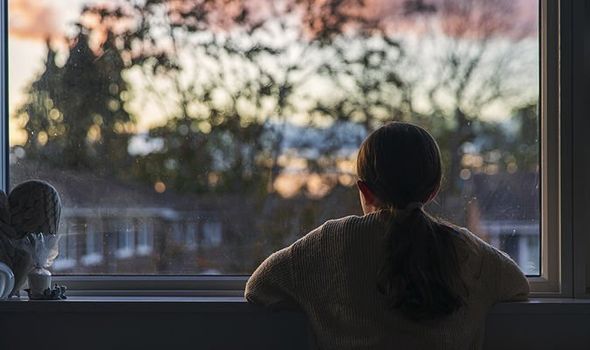 Last night experts said continued delays could be a matter of “life or death” and warned of the additional toll on young people’s mental health caused by lockdowns.

Today the Sunday Express is launching a campaign calling on the Government to ensure all vulnerable youngsters are treated as a matter of urgency.

Our campaign comes as new figures show in some parts of the country children with severe mental health problems are waiting almost three years to access vital care which experts have described as a “scandalous postcode lottery”.

With multiple lockdowns over the past two years keeping children away from school, their friends and hobbies, one in six children reported a mental health disorder in 2020 and 2021 – up from one in nine in 2017. Another recent study by Oxford University showed eight out of ten were suffering some form of mental health problem linked to Covid lockdown measures.

Specialists say prolonged periods of isolation during lockdowns caused “devastating” effects on children’s mental health fuelling a sharp rise in depression, anxiety, self harm, anorexia and bulimia. They said the uncertainty and lack of socialisation left hundreds of thousands in desperation.

Professor Marcantonio Spada, an expert in mental health at London Southbank University, said: “After two years of lockdown we are now being hit by a wave of young people suffering from escalating mental health problems. Children and adolescents are among the most damaged by lockdowns – not by Covid, and we are now seeing youngsters with mental health problems which have developed during, or been exacerbated by, the uncertainty and isolation of repeated restrictions.

“Children need their peers and they need social interaction. Isolation fuels mental health problems including anxiety, depression and substance misuse. Lockdowns have led to a huge rise in demand for child mental health services and this has completely crushed an already crumbling system.”

Official figures show there are also currently 374,000 under 18s on the official waiting list for NHS mental health care.

One of the biggest increases has been among children admitted to hospital for eating disorders, an increase of 70 percent compared to the pre pandemic period.

Psychiatrists across the country have said they are unable to keep up with the numbers needing help.

Provisional NHS data for April to October 2021 – the most recent available – shows there were 4,238 hospital admissions for children with eating disorders aged 17 and under, up 41 percent from 3,005 in the same period the year before and 69 percent more than pre-pandemic (2019). These figures only represent the tip of the iceberg because many are unreported or not treated in hospital.

The Government made a commitment to ensure that 95 percent of under-19s received treatment within one week for urgent cases and four weeks for every other case by the end of 2020-21. However only 61 percent of patients in this age group started urgent treatment within one week in the first quarter of 2021-22, the lowest proportion since 2016-17, down from a record high of 88 percent in the first quarter of 2020-21.

Freedom of Information requests to 48 mental health trusts recently showed how long children were waiting for a first appointment with Child and Adolescent Mental Health Services (CAMHS) after referral and the availability of beds for those with the greatest needs.

In one of the worst cases, it took 1,019 days for a young patient in Yorkshire to be assessed. Six trusts recorded a longest wait of more than a year to access an assessment with CAMHS, including 476 days at trusts in East Anglia and 405 days at a Northamptonshire trust.

Professor Spada added: “The postcode lottery of wait times for child mental health services is scandalous. Delays reduce the possibility of intervening early and nipping problems in the bud before they become entrenched. This could be a matter of life or death for some children. No one should wait three years to tackle a physical health problem. Why would mental health problems be any different? These waits cause children and young people’s mental health to worsen, with more of them ending in crisis.”

“We urgently need to invest more in local mental health services and we also need to create better socioeconomic opportunities in those areas which have been hit hardest by restrictions because we know socioeconomic inequality is a strong predictor of mental health problems.

Hope Virgo founder Dump the Scales, which aims to improve understanding of eating disorders, said: “Access to treatment needs to be prompt regardless of how long a person has had an eating disorder and what their postcode is. Across the country we need adequate funding to meet the demand in every area, as well as waiting times standards, and a trained and resourced workforce.”

Ellen Townsend a professor of psychology at Nottingham University, an expert in suicide and self harm, said: “We came into the pandemic in bad shape and child and adolescent services were not looking good. Then we took away children’s ability to socialise and go to school and do things that were vital to their mental health. This will not hit every child equally. Those who went into the lockdowns aged 11 or 12 will now be in their teens and will have missed out on a vital time for brain rewiring and development. Children have an individual capacity to be resilient but it needs the scaffolding of social behaviour.,

“The bottom line is CAMHS does not have enough clinicians to meet the demand. We need more clinicians as well as long term planning and investment.

“Mental health is a Cinderella funding stream and chronically underfunded. Young people’s mental health has been ignored across disciplines. Society needs to wake up. We know from our research eight out of ten children’s mental health was adversely affected by Covid lockdowns. Why can’t we say these young people who have incubated mental health problems throughout this period now need a recovery plan. We need to horizonscan and prioritise the mental health of our young people. We need a minister for child and adolescent mental health fighting for their piece of the pie because it is the one piece of the funding cake consistently getting the thinnest slice.”

Molly Kingsley co-founder of UsForThem a grass roots campaign to highlight the harms of lockdown measures to children said: “These figures are devastating. We ought to be investing in our young people who have been so damaged by lockdowns instead of throwing huge amounts of money at measures many of which have been shown to be disproportionate or ineffective such as Test and Trace. It is tragic that money has been wasted in this way. Imagine what we could have done with that if it had been spent on repairing the damage we inflicted on children’s mental health and investing in a systeem which was unfit for purpose even before the pandemic.”

TEENAGER Luke Thomas endured almost two years of racist and physical abuse and a further year of waiting before he was finally referred to the specialist  he needed.

Luke, now 17, told how the bullying began in school when he was 13, with two culprits singling him out. He complained to the school and was referred to his school counsellor after six months but the taunts continued.

He said: “They would call me names and some of it was racist. For some reason they had decided to target me. Much of it was just threats but they also did physically hurt me.

“The abuse went on for the whole of year seven and eight. I reported it to the teachers a few times and my parents reported it too.”

After a year his parents moved him to another school – but then the post traumatic effects of the bullying manifested. It took a further year for him to see a post traumatic stress counsellor.

Luke, who lives with his younger sister, said he “disengaged” from his family and society and felt “paralysed” and could not go to school.

He said: “Moving from primary to secondary is a hard transition anyway; it’s harder to do it twice. The new school was better in terms of the people, but I very soon I started to experience the trauma of the old school.

“The new school didn’t understand what I had gone through. I just found I couldn’t face going in. It wasn’t fear of anything happening as it had happened in the old school.

“It started with physical symptoms. My body was awake, and I could hear my parents talking to me, but it felt like I was in a dream. I shut down. I felt completely disconnected from society. I realised how mental and physical health are intricately combined. I stayed out of school for a whole year during that time my parents took me to my GP for help.”

Luke’s was put on a list to see a specialist with Child and Adolescent Mental Health Service (CAM|HS). After a six month wait he was seen by a specialist for an assessment and a few weeks later he was then seen by a counsellor. However after three appointments his counsellor left and he was put back on the waiting list for another six months.

By the time he got to see the second counsellor he was 15. However this therapist referred him a third time to a specialist post traumatic stress counsellor. Luke had to wait another three months for this.

He said: “It was a really long time. I dread to think that other people have to go through the same thing or worse. I was in such a state when I went to the GP.

“My mental health deteriorated even further while I waited to see someone from CAMHS and I spent a whole year out of school with no help at all. I relied on my family and online support with Young Minds but it wasn’t the specialist help I needed. I had never heard of mental health problems before I got this nor had my parents.

Luke had 10 weeks of specialist post traumatic stress therapy after which he said “I feel I am in more control but I have been prescribed medication to help me.”