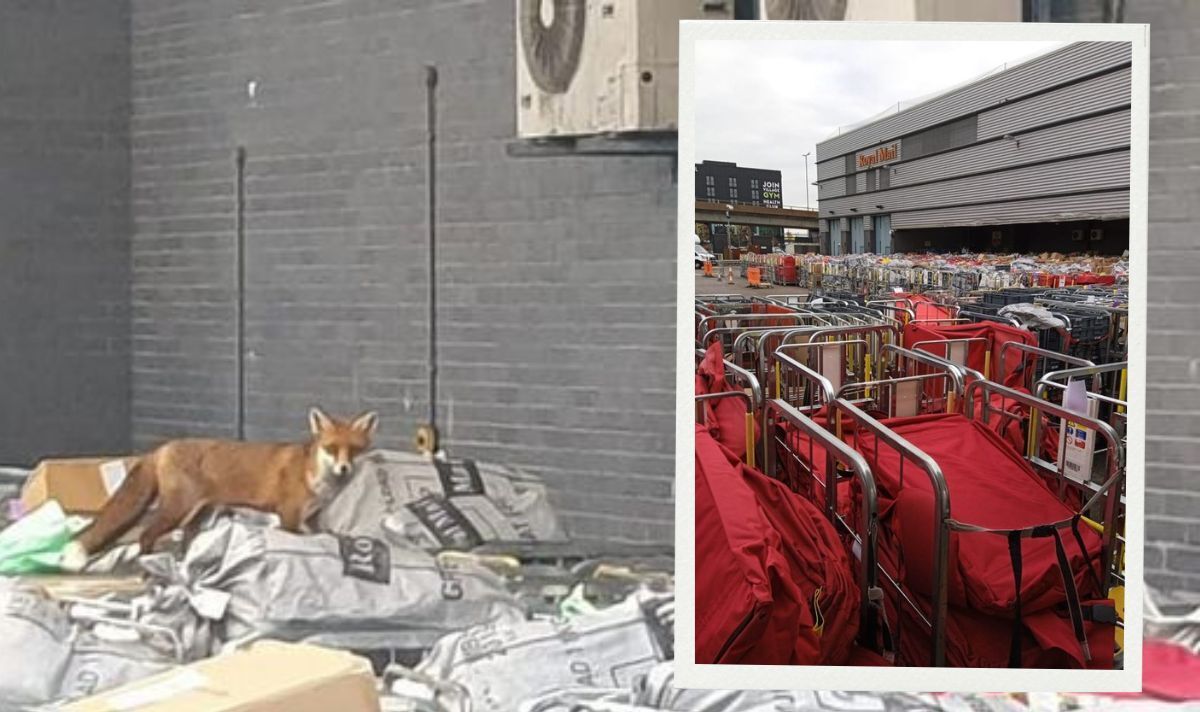 On Wednesday, 115,000 postal workers from the Communication Workers Union (CWU) are set to embark on a 48-hour strike. The CWU is currently holding rallies outside Parliament Square and has said they will continue until Christmas unless Royal Mail change their current pay offer, which the union has said is still below inflation and also comes with worsening conditions for postal workers.

Photographs from the Bristol Mail Centre have shown packages have been left out to be exposed to the elements, and some photographs showed foxes climbing onto the parcels.

One Royal Mail worker, who wished to remain anonymous over fears of losing their job, told Bristol Live they had never witnessed a backlog as bad as this before.

The worker added they were concerned about members of the public who have been waiting for packages, with “more coming in than going out”.

The worker claimed the packages have now attracted rats and other animals such as foxes, and that workers had considered using a tarpaulin to cover the exposed parcels.

However, the worker was sceptical of this idea as “it would have to be the biggest tarpaulin in the world as everything has been ruined”.

A Royal Mail spokesperson has said the company is trying their best to deliver Christmas packages and minimise the impact of “damaging industrial action” but assured that the parcels outside were “typical” during the holiday season.

They said: “The CWU is striking at our busiest time, holding Christmas to ransom for our customers, businesses and families across the country.

“We apologise to our customers and strongly urge them to post early for Christmas. The pictures show busy mail centres with thousands of parcels moving through our network and this is typical for this time of the year.

“The sites shown are processing 30,000 parcels an hour so volume moves very quickly through the centres and on to the next stage in their journey.”

The spokesman added that the Royal Mail was “quickly recovering from days of industrial action” and had “well-developed contingency plans” in order to minimise delays, but that the company cannot “fully replace” staff on days the CWU are on strike.

Ben Watts, the CWU Secretary for Bristol has said the Royal Mail “are to blame” for the current package chaos and claims the Royal Mail have banned overtime as a “strike-busting tactic” which has caused the package backlog.

He said: “This backlog will take at least a month to clear. When Royal Mail says, ‘everything is okay’ it’s absolutely not true. The work’s coming in, they’re onloading it but there’s nowhere to put it.

“If you post a first-class letter or parcel today, hand on heart, I do not know if it will get there before Christmas Eve, that’s the truth but it’s not what people are being told.”

The union member added: “Christmas in Bristol works because staff put in a lot of overtime but there’s been a complete overtime ban from August 26 until December 5, so this is not just the result of industrial action.

“It’s a strike-busting tactic, they’re trying to get people to cross picket lines by stopping their earning potential.

“The number one resolution is an agreement nationally between Royal Mail and the CWU and locally we want all overtime bans relaxed and local management to talk to us so we can get things moving.”