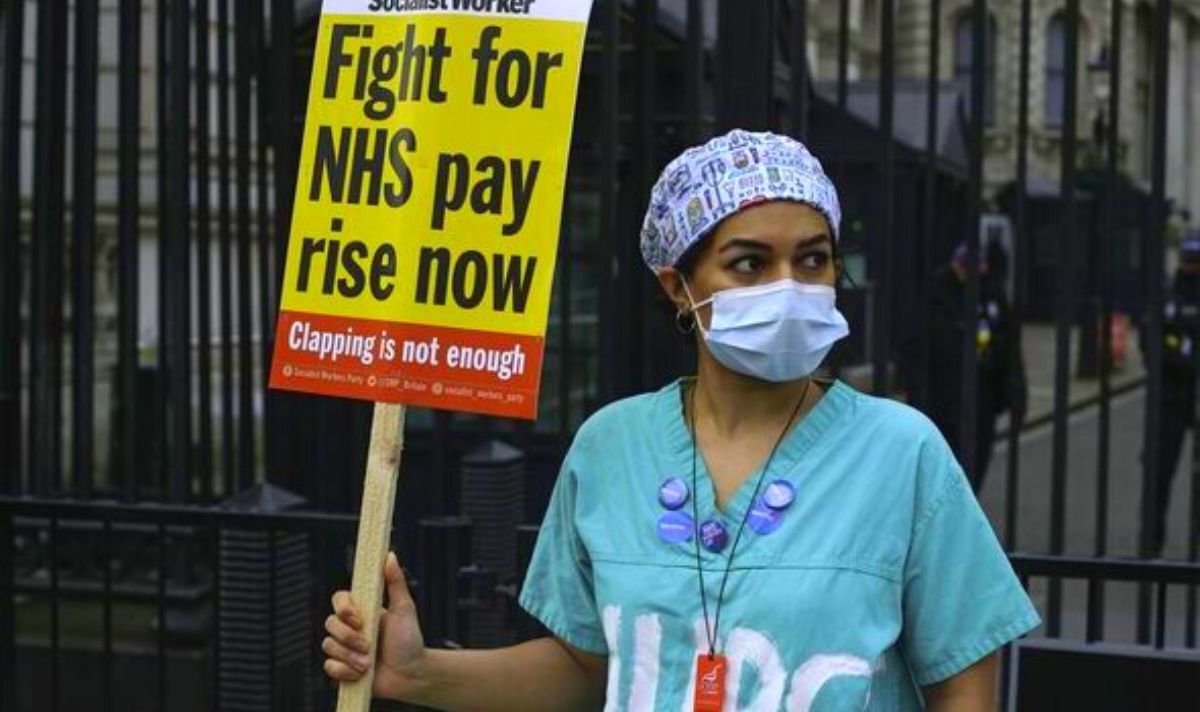 The Royal College of Nursing (RCN) is striking for the first time in its 106-year history, with another strike planned for next Tuesday, December 20. The head of the RCN, Pat Cullen described the strikes as a “tragic first” while Labour’s leader Keir Starmer said they were a “badge of shame” for the Government.

However, the strikes this December are unlikely to be the last strikes for the nurses, as The Times has reported more strikes will be announced soon if the Government does not begin negotiations.

After the strike next Tuesday, the RCN will give Steve Barclay, the Health Secretary, 48 hours to open pay negations before more strikes are announced.

It is believed that the next strike will be for two days in January, and will likely be bigger and last longer than the current 12-hour strikes beginning at 8am and lasting until 8pm.

A nursing source told The Times that ministers “need to realise that they have to get this sorted and can’t afford to have multiple days when they are 100,000 short in the workforce.”

The RCN has said they have no choice but to begin striking after ministers refused to open pay negotiations.

However, the Government has said the 19 percent pay rise nurses are asking for is unaffordable.

Pat Cullen, leader of the RCN, has said nurses are not “relishing” the strikes and were “acting with a heavy heart”.

She said: “It has been a difficult decision taken by hundreds of thousands who begin to remove their labour in a bid to be heard, recognised and valued.

“It is a tragic first for nursing, the RCN and the NHS. Nursing staff on picket lines is a sign of failure on the part of governments.”

READ MORE: POLL – Do you support the nurses strike?

Prime Minister Rishi Sunak has warned that strikes will mean disruption, and it is believed that up to 70,000 appointments and operations could be cancelled due to striking, which could include 6,000 inpatient procedures.

Steve Barclay, the Health Secretary, has said the “NHS is open”” and urged patients to go get medical attention if needed, and that people should “attend appointments unless they’ve been contacted by the NHS”.

However, Mr Barclay also added: “I do remain concerned about the risk that strikes pose to patients.”

Pat Cullen assured that “vital services” would be kept running during the strikes due to nurses’ “commitment to patients and safe care”.

She added: “The scaremongering we have seen did upset some but also demonstrated the disrespect afforded to nurses for raising their voices.

“My plea to patients is to know that this strike is for you too — it’s about waiting lists, treatments that are cancelled year-round and the very future of the NHS.”

Under trade union laws, the RCN must ensure that life-preserving care will continue during the strikes.

Procedures such as kidney dialysis and chemotherapy will continue as normal, alongside intensive and critical care.

Other departments such as children’s accident and emergency and neonatal units, which look after newborns, will also continue to run normally.

Lyndsay Thompson, the RCN Steward for Northern Ireland, said the nurses “absolutely do not want to strike” but needed to take action in order “to protect the NHS”.

She added: “Yes, this is a pay dispute but it’s also very much about patient safety.

“The fact we cannot recruit enough nurses means patient safety is being put at risk.”