The £98million forward put the Blues ahead on the half-hour mark to add to the header he notched in a 3-1 win at Villa Park on Boxing Day.

Chelsea were left to rue missed chances as Brighton salvaged a point through a stoppage-time Danny Welbeck equaliser. 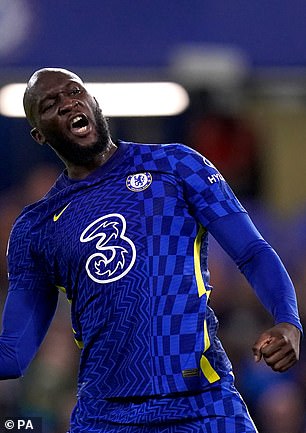 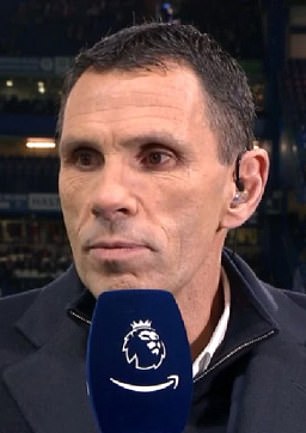 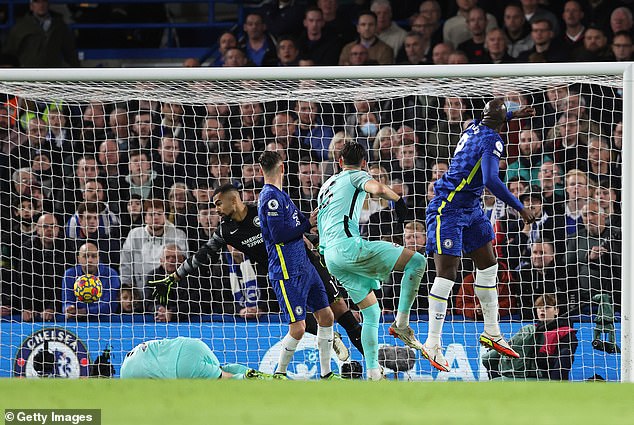 But Poyet, who made over 100 league appearances for the west London club, hailed Lukaku for his display.

‘It’s great to see a striker of that quality,’ he told Amazon Prime with Chelsea ahead at the interval.

‘He was winning the ball in the air, the way he linked the play, his first touch. He played for the rest of the team.’ 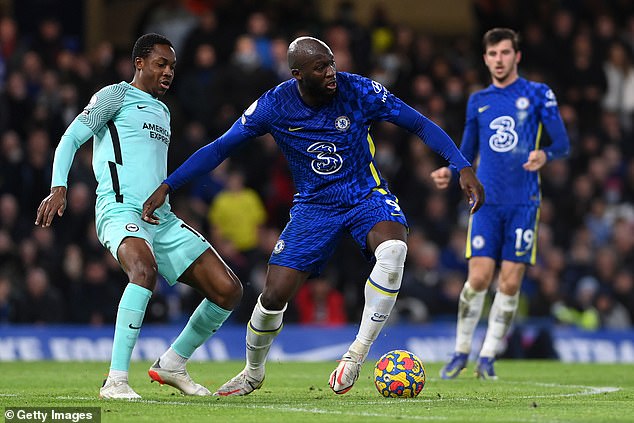 Poyet claimed Thomas Tuchel’s side could have been beating Graham Potter’s side by more at half-time had the attacking stars alongside Lukaku been ‘in a better mood’.

‘If [Mason] Mount and [Callum] Hudson-Odoi were in a better mood today they would be winning 2-0 or 3-0. But because of the other players they are not winning by more,’ he added.

‘Lukaku was excellent. Holding the ball up, playing for the rest of the team, unfortunately his team-mates didn’t do the right thing in those moments.’

Chelsea threw away two points to fall further behind in the title race as they failed to take full advantage of Liverpool losing at Leicester.

Tuchel, who saw full back Reece James leave the stadium on crutches, admitted Chelsea are ‘stupid’ to think they are in the title race with their injuries and Covid woes.