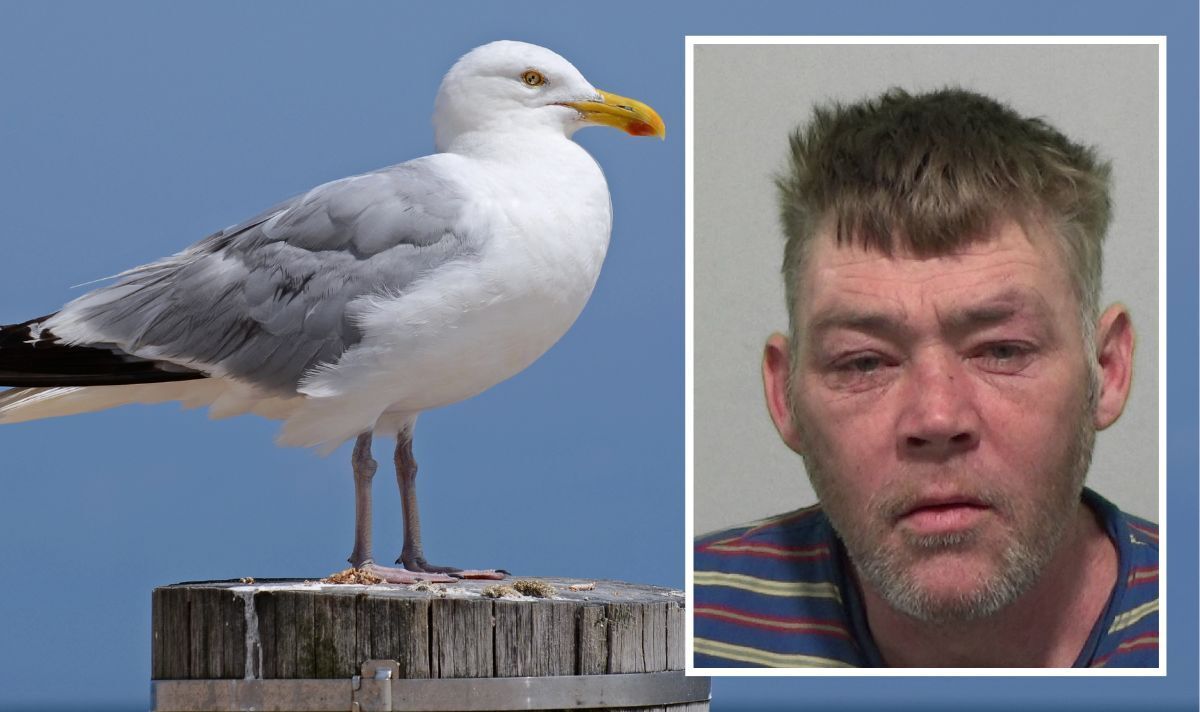 A man who brutally killed two herring gulls before impaling one on a fence has been jailed. Terrence Johnston cruelly attacked the chicks on a street in Sunderland in July this year. The 41-year-old climbed a fence and caught a young gull before killing it and impaling it on the railings, the Chronicle reports.

Minutes later, the man grabbed a second bird, swung it around and hit it off a surface before throwing it over the fence – causing fatal injuries.

Johnston, of Lewis Crescent, Sunderland, was arrested and later admitted to the killing of two wild birds when he appeared before magistrates in South Tyneside last Monday, October 3. On the same day, he was jailed for 16 weeks.

Rural Engagement and Wildlife Enforcement Officer, PC Peter Baker, said: “This is an appalling case and I am pleased Johnston’s actions have led to a jail term. There is never any excuse for this kind of abhorrent abuse.

“Both gulls were juveniles and had only recently fledged their nests. It is possible that they were not yet able to fully fly – so were defenceless.

READ MORE: Donegal prepares for first of 10 funerals for victims of gas station

Wild birds including gulls, their chicks and their nests are protected under the Wildlife and Countryside Act 1981.

This means it’s illegal to intentionally kill, take or injure gulls, take or destroy their eggs, or damage or destroy any gull nests while they’re in use or being built – unless you’re acting under licence.

On its website, the RSPCA explains that, although gulls are a common sight in many areas near the coast, some species of gull, such as herring gulls and kittiwakes, are actually on the UK Red List.

They’re considered species of conservation concern in the UK because there’s evidence suggesting that their populations are in decline overall.