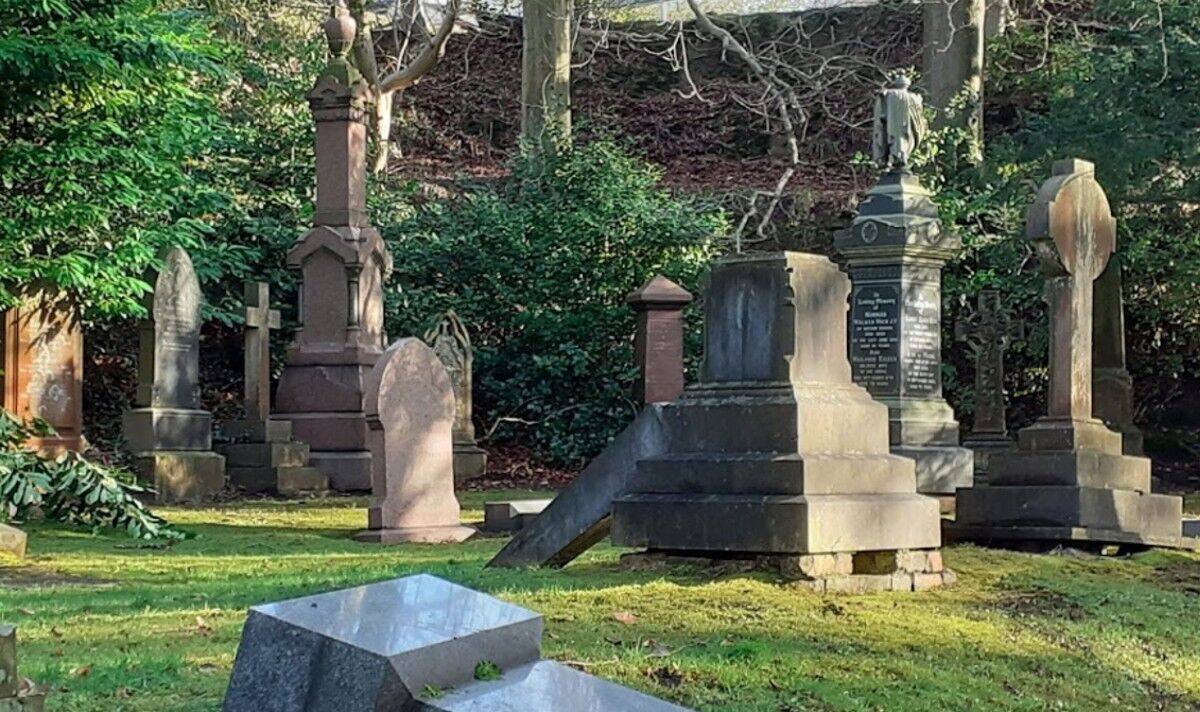 Local councillors are facing backlash from residents after introducing health and safety checks in cemeteries that have left mourners devastated. Back in June, Scarborough Borough Council announced it would start an audit of headstones across the area’s three cemeteries the following month.

The inspections were to ensure none of the memorial stones could pose a danger to those employed at the cemeteries or those visiting loved ones.

The checks applied to any memorials measuring more than 18 inches high at the Scarborough cemeteries at Dean Road and Manor Road and Woodlands, as well as Larpool cemetery in Whitby.

She was quoted by the Telegraph as saying: “I just think it’s disgusting that they can just push these over without consulting anyone.

“A lot of people are very upset. There was a row of overturned graves near my family’s.”

The memorial inspection consists of two tests; a visual assessment and a “gentle hand push test”, which the council promised to carry out “sensitively”.

The work, to be completed by a contractor, was said to be finished by March 2023 at the latest.

Those deemed as safe will be revisited in five years’ time, whereas the memorials evaluated to be unsafe will spark “immediate action”, including staking or banding the memorial.

READ MORE: ‘We are devastated’ Tributes paid to 10 killed in Ireland explosion

The announcement, posted by the council, added: “Owners of unsafe memorials will be given time to make the required repairs.”

Family members will receive a £330 bill for stone masons to re-erect headstones, but relatives could be charged in excess of £1,000 to replace memorials broken during the checks, according to The Telegraph.

Councillor Tony Randerson, Scarborough Borough Council cabinet member for neighbourhoods, said at the time: “We have a legal duty to ensure our cemeteries are safe places for people to visit and work, which is why we need to carry out these inspections and take action to make unstable memorials safe.”

But the checks, which have been underway since the summer, have sparked outrage among visitors to the three affected cemeteries.

The three cemeteries falling under the inspection remit contain over 50,000 memorials and headstones.

It is reported the memorials that were disturbed by those carrying out the work on behalf of the council were marked with small stickers.

Back in 2009, the UK Government posted guidance on how to deal with unsafe or potentially hazardous memorials, with the Ministry of Justice urging “a risk-based and sensible approach to managing the health and safety risks arising from memorials”.

The department added that “good communication of the inspection and assessment process, and the results of this, is crucial to obtaining the support of the local community”.

At the time, the Ministry of Justice said eight people in the UK had been killed in the past 30 years after a memorial toppled or fell onto them, despite the “general low level of risk”.

Scarborough Borough Council said: “A sensitive audit of memorial stones in our three cemeteries to check they are stable and don’t pose a safety risk to people that visit the cemeteries and the staff that work in them, began in July and is continuing.

“Communications were carried out from early June to give people plenty of notice of the work. This included writing directly to grave owners where known, putting up signs in the cemeteries, which are still in place, and an article in the June edition of our digital newsletter, Residents’ News, which goes to around 40,000 subscribers.

“We also shared a news release with print, online and broadcast media, placed information booklets at local stonemasons, added a digital version of the booklet to our website and put information on our social media channels.

“After inspection, the headstones which are laid down or are in need of attention have signs attached telling people to contact us if they have any queries.”