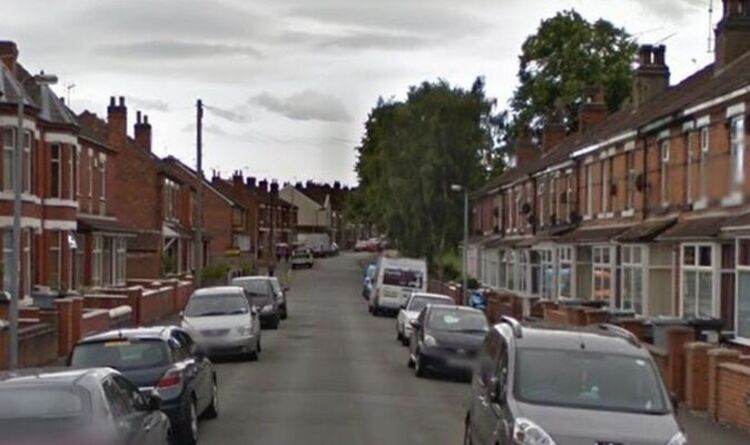 On Saturday a Bullmastiff-type dog was shot dead by police on Richmond Road in Crewe after killing a puppy and injuring two people. Rebecca Jones, who lives on the road, was sitting in her living room when she heard screams outside.

She told Cheshire Live: “I looked out of the side window and I noticed a lady in the street was in a lot of distress.

“So I run outside of my property, and I see my next door neighbour with her dog, and another dog was attacking her dog.

“It was pinning it down on the floor. She was trying her best to get the dog off the floor.

“My partner went over to try and help the lady, trying to get the big dog away from the little dog.

“The big dog killed that dog right in front of us all. It was absolutely awful. It was shocking.”

Rebecca’s partner Jason followed the dog up the road as he tried to get the animal under control with some other neighbours as her 16-year-old son Coby walked onto the street after returning home from a trip to McDonald’s.

However Jason and Coby were forced to climb onto a car to escape the dog.

Rebecca said: “The next minute, the dog’s got off the little dog, crossed over the road and followed my partner and son.

The owner of the puppy was also taken to hospital for a bite injury.

Rebecca said: “There was quite a lot of people in the street, that dog could have killed a child.

“There are lots of children around the area as well on the park and I’ve got children of my own.

“If a little kid had come out at that time, it could have done anything. It could have bit a kid as well.

“The way it was going on a rampage, trying to bite people and everything. That’s not normal behaviour.”

A 24-year-old man was arrested on suspicion of owning a dog dangerously out of control in a public place, but released on conditional bail on Sunday as the investigation continues.

Superintendent Myra Ball of Cheshire Constabulary said: “This is a distressing incident and officers did all they could to bring the dog under control. However due to the immediate threat to the public and police, the decision was made to destroy it.

“We know that there were a lot of people in the area that may have taken photographs or video or possibly may have CCTV footage around the time of the incident.

“I would urge anyone who has footage or images to not share them online, but instead please send them in to us as they could be vital in assisting with our investigation.”

Anyone with information is asked to contact Cheshire Police on their website or call 101 quoting IML 1205499. Crimestopper can also be contacted anonymously on 0800 555 111 or via their website.