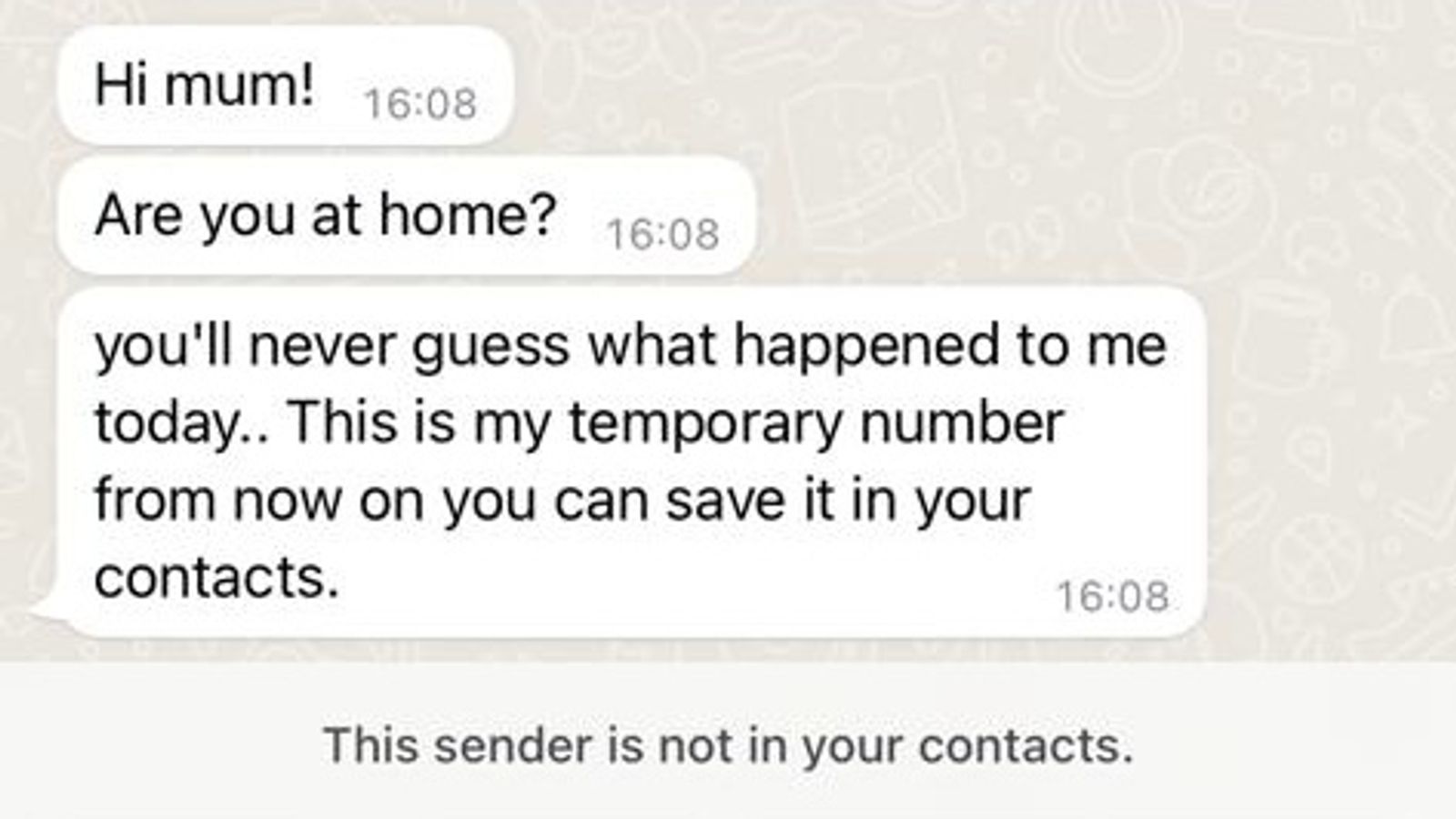 People are being urged to be wary of WhatsApp messages and texts from friends they know claiming to be in need.

A new awareness campaign launched by WhatsApp and National Trading Standards says that 59% of people have either received a scam text in the last year or know someone who has.

The Stop. Think. Call. campaign aims to inform potential victims about the scams and educate them on how to protect themselves and their WhatsApp accounts.

Scammers can hijack WhatsApp accounts, often by using accounts they have already hijacked, to message friends and contacts asking for help.

Other scammers ask directly for money or personal information to be shared over the app.

Louise Baxter, the head of the National Trading Standards scams team and Friends Against Scams, said reports of “friend-in-need” scams have been growing in recent months.

Ms Baxter said: “Scammers send messages that appear to come from a friend or family member asking for personal information, money or a six-digit pin number.

“The messages are sent from the compromised accounts of your friends, so they look as if they’re coming from someone you know, or from an unknown number claiming to be a friend who has lost their phone or been ‘locked out’ of their account.

“These kinds of scams are particularly cruel as they prey on our kindness and desire to help friends and family.”

The new campaign urges people to:

Kathryn Harnett, policy manager at WhatsApp, said: “WhatsApp protects our users’ personal messages with end-to-end encryption, but we want to remind people that we all have a role to play in keeping our accounts safe by remaining vigilant to the threat of scammers.

“We advise all users never to share their six-digit pin code with others, not even friends or family, and recommend that all users set up two-step verification for added security.

“If you receive a suspicious message (even if you think you know who it is from), calling or requesting a voice note is the fastest and simplest way to check someone is who they say they are. A friend in need is a friend worth calling.”

The campaign has also recruited MPs, senior officials and others as “scambassadors” to attempt to raise the profile of the issue on a national level.

Scambassador Joel Dommett said: “Simply remembering to Stop. Think. Call. when you get an unusual message may save you a lot of money and inconvenience in the long run.”