Last season Dan Frost was working as a doorman at The Swordfish pub in Newlyn. Co-owned by Jack Nowell, it is a craggy drinking hole where fishermen’s tempers occasionally boil over — but it is Frost who has secured the heaviest catch. He would work the weekend shifts, paid in food and beer to top up his modest Championship earnings at the Cornish Pirates.

‘I was the track and trace guy!’ he laughs. ‘Sign em in, sign em out, keep em distanced. The pub’s in the harbour so the guys get off the boats and come straight in. You get some wronguns, six fingers and six toes, who wouldn’t want to fill in the track-and-trace form and would just want to scrap us. We were basically bouncers but we were paid in pints rather than pounds!’

A jack of all trades, Frost would spend his weeks off helping out with the family tarmacking business back in Somerset. 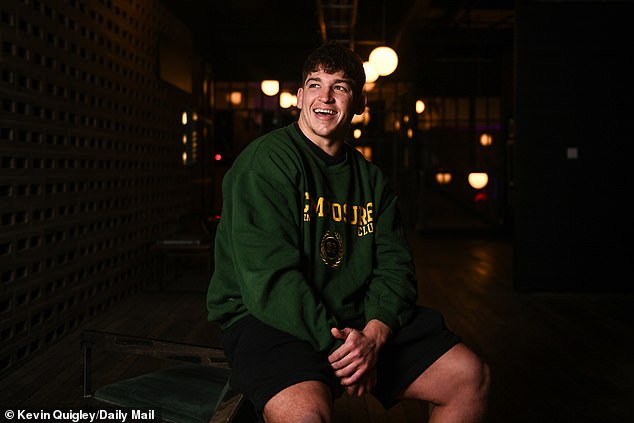 ‘We were furloughed during lockdown so I went home and did some graft,’ says Frost. ‘My old man has always been in tarmacking or worked on the scrap yards. When he was younger, my uncle would take the scrap in, dad would put it on the weigher, split the money with my uncle, then leave the scrap out by the back gate for my uncle to take back home!

‘It’s what I was brought up with, tarmacking. I’ve been going down to help out since I was 14. Driving around in the lorry. Block paving, driveways… we do it all! I love it. The banter is pretty similar to a rugby club. You get a lot of big old boys in that world who probably don’t play rugby because they can’t afford to get injured and miss out on six weeks of work.

‘I always said that if I didn’t make it in the Premiership by the age of 26, I’d probably move home and go back to tarmacking. In the Championship, you get guys with families earning 15 grand. I was earning absolute peanuts at the start. By the end of my time there I was earning a bit more, but you can easily earn the same in tarmacking without living hours away from your family.’ 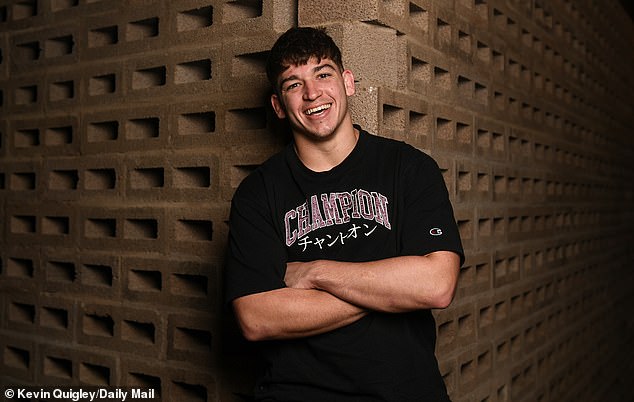 Last summer, Frost finally got his break. Aged 24, the skilful hooker was signed up by Wasps to provide squad cover. He quickly eclipsed his reputation, given the nickname ‘Tarmack’ by his peers and is currently the club’s leading try scorer. However, the longer the Championship is savaged by funding cuts, ringfencing and neglect, the more players like Frost will slip into English rugby’s black hole.

‘There are so many good players there but it’s just underfunded,’ he explains. ‘When the funding was cut in 2020, we lost things like the GPS units that monitor your running load. Suddenly we couldn’t afford little things that make a huge difference. Wages were cut by 30 odd per cent and that has a big impact on people’s lives. Some boys left because it just wasn’t worth it.

‘The club had ambitions to be in the Premiership. It still does. It would be great for the game to see a new Premiership team from down there, rather than another London team. Everyone strives to play in the top league. In France, they have promotion and relegation and they show their second division games on national TV.

‘I’d love to see the Championship on TV here, with promotion and relegation to give the clubs something to chase. Ringfencing, long term, will kill it. If you don’t have anything to strive for then what’s the point? If you’re an owner, you’re wasting your money.’ 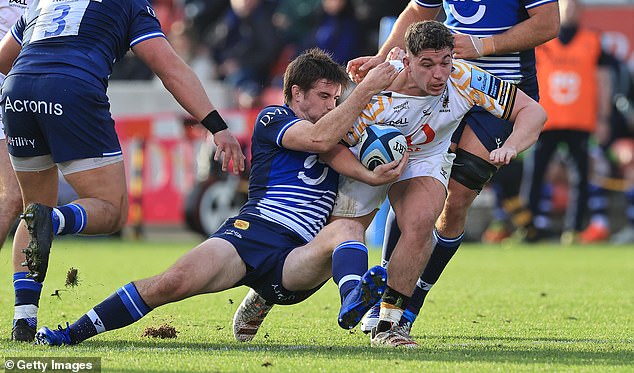 The Pirates’ victory over Saracens last season was one of the biggest shocks of the rugby year, prompting Premiership teams to divert their scouts to the Mennaye Field. And as the salary cap tightens, more top clubs are likely to dip into the Championship in search of rough diamonds such as Frost.

‘I was with the Pirates for four years. It was gritty but I loved it. I weighed 92kg [14st 5lb] when I first turned up,’ says Frost. ‘The only hooker’s top was 5XL and I had to tape up the arms because it used to flap about on me like a parachute! It’s hard for a young front rower to make it in the Premiership straight away. That experience in the Championship — the set-piece, physicality — is huge.

‘None of us will ever forget that Saracens game. I remember waking up at 5am before doing laps of Penzance because I was so nervous. You knew everyone would be watching. Afterwards we stayed in the changing room til five in the morning. Doom Bar everywhere!

‘I took my opportunities, enjoyed my rugby and got a couple of contracts. When Wasps gave me a shot it was amazing. They said I’d come in as third or fourth choice but told me there would be opportunities to progress. I didn’t want to come in and hold a bag. My dad said go in and prove to them what you can do. My first focus was to be in the matchday 23 and things are going well for me, so I’ll hold off on the tarmacking for now!’