Fashion retailer Next has set out plans to hike its prices by as much as 6% over coming months as costs soar partly thanks to labour shortages pushing up wages.

The group, which published a trading update showing better than expected revenues over the Christmas period, also cited higher shipping and manufacturing costs.

A hike in clothes prices would be the latest blow for consumers already being hit by higher food bills plus rising energy, fuel and food prices, in a cost of living squeeze that has moved to the centre of the political agenda.

The update came at the same time as bakery chain Greggs and cut-price retailer B&M also revealed that they were facing inflationary pressures.

Next also thinks that consumers may start to move away from buying lots of cheap clothes and instead pay a little more for fewer items “perhaps exchanging volume for quality”.

The retailer said a strong recovery in demand for formal fashions and party wear helped it deliver 20% growth in full-price sales for the eight weeks to 25 December compared with pre-pandemic levels two years earlier.

That was again led by online, which saw a 45% increase, while stores saw a 5.4% decline.

Next said the “robust” performance – £70m ahead of previous guidance – was achieved despite labour shortfalls in warehouse and distribution networks.

The retailer bumped up its sales and profit guidance for annual results due to be published in March and pencilled in further growth for the year ahead. 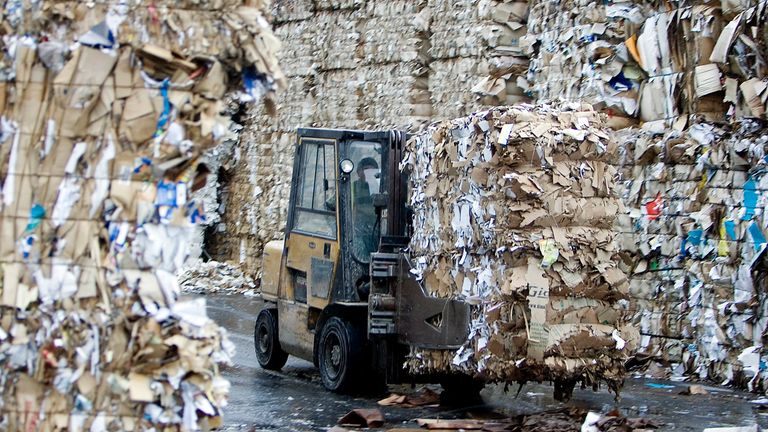 But it warned of uncertainty over how consumers would respond as the costs of essential goods and services and tax bills rise. Shares fell 3% in response.

Next said it had revised estimates for its own prices “mainly as a result of the unanticipated persistence of higher freight rates… along with some further increases in manufacturing costs”.

In addition, it said, UK operating costs had been driven higher by wage inflation.

That was thanks to a hike in the national living wage as well as higher pay “in sectors where there are labour shortages, most notably in warehousing and technology”.

Next said it expects like-for-like selling prices to climb by 3.7% over the spring and summer and by 6% over the autumn and winter.

The update comes as the British Chambers of Commerce warned that UK firms are facing “unprecedented” cost pressures with a record proportion expecting to put up prices over coming months.

Inflation is currently at a ten-year high and is expected to rise to 6% by the spring, the highest level since the 1990s.