Mark Cavendish has revealed he knew he ‘was in a bad way’ following his horrific crash at the Ghent Six Day track event.

The 36-year-old was racing in the Madison on Sunday night when world champion Lasse Norman Hansen crashed right in front of him in the final race.

With nowhere to go, Cavendish rode into the bike and was sent flying through the air in a crash which broke two ribs and what he said ‘ripped a hole’ in his lung. 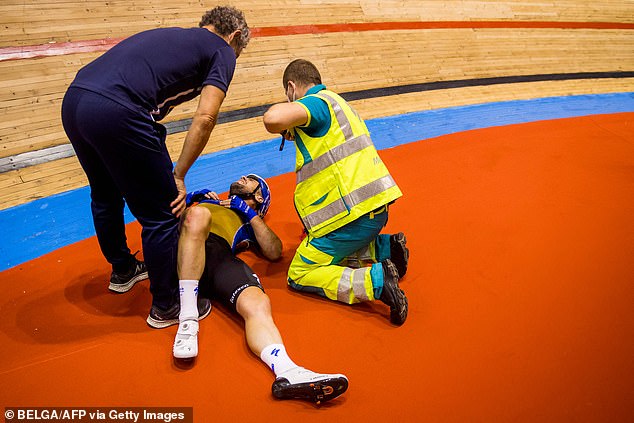 Speaking to the Sun, he revealed that his immediate reaction was to stand up to let his four children Finn, Delilah, Frey and Casper, know that he was okay as they were in attendance.

He said: ‘When I crashed I knew I’d done some damage and was in a bad way, that scares you.

‘But the kids were there and my instinct was to stand up so they’d know I’m okay. 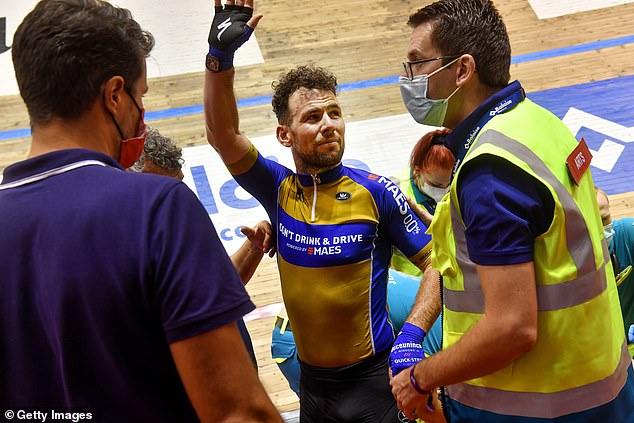 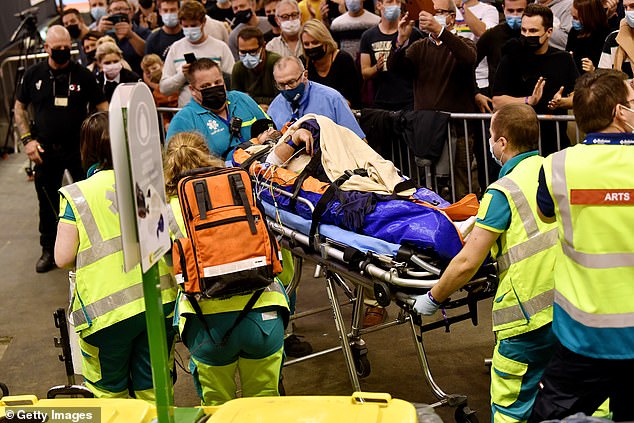 ‘I walked back to the cabins we stay in at the velodrome and when they’d gone I was stretchered off to hospital.’

Regarding the crash he recalled: ‘It was a freak accident caused by water on the track after a rider spilled his drink.

‘There was a slip of wheels in front which started a chain reaction and caused the crash. I landed on a bike, broke my ribs and ripped a hole in my lung.

‘The hole is behind my heart, which complicates things and makes it harder to monitor, because it doesn’t show on X-rays, but I’ll survive.’ 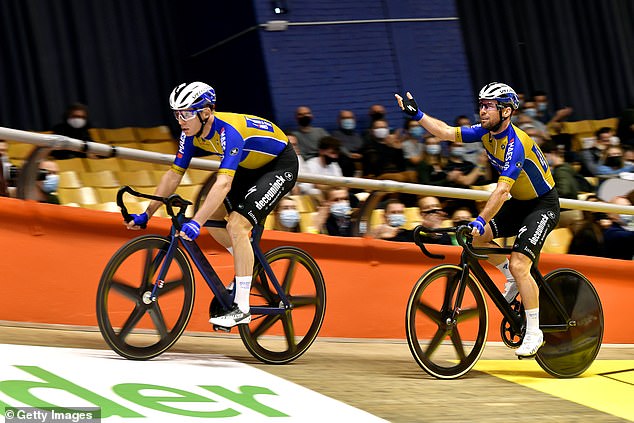 In an interview with the Times, Cavendish described Ghent’s 166-metre velodrome as like being on a ‘wall of death’, admitting he was ‘petrified’ of it after a crash two years ago.

He tweeted on Monday night: ‘Just want to say how overwhelmed and thankful I am for all the support and well-wishes.

Some water on the track, a high-speed crash and a few barrel rolls later, I’m being treated for some broken ribs and a pneumothorax.

‘In a bit of pain, but a couple of nights with the incredible staff here at Ghent University Hospital should sort me out.’ 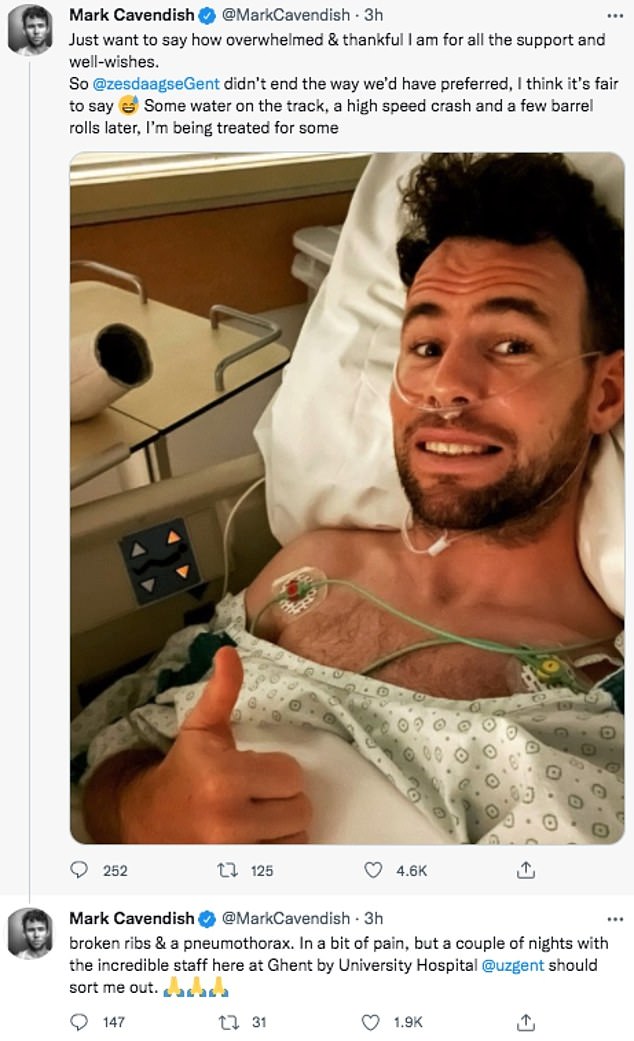 His wife Peta added: ‘Thank you to all the medical staff that helped us today and also to the staff that sprung into action to help me and the kids.’

The three-time Madison world champion remains keen on track racing, and was using the event to bring down the curtain on a fairytale year.

He signed a contract on cycling’s minimum wage with Deceuninck Quick-Step and then used an unexpected late call-up to the Tour de France to win four stages as he matched Eddy Merckx’s all-time record of 34 victories in the race.

Cavendish is in talks with the Belgian team and is expected to sign a new one-year deal.