Former Manchester United striker Dimitar Berbatov fears Ole Gunnar Solskjaer could get the sack if they suffer another crushing defeat.

The Bulgarian is hopeful that the Red Devils will learn their lessons from their embarrassing 5-0 defeat to Liverpool last month.

United play Man City in the Saturday lunch-time kick-off, and Berbatov says it could prove ‘too much’ for everyone at the club if they suffer a similar humiliation in the derby. Berbatov – who played 149 times for the Red Devils – told the Sun: ‘If United approach this City game the same as the Liverpool game, then it will be the same result.

‘And if it is the same result and performance, that’s going to be too much for everybody.

‘I hope and I don’t think it will be like that – otherwise it will be a double embarrassment and it would show Ole didn’t learn anything from Liverpool which shouldn’t be the case. 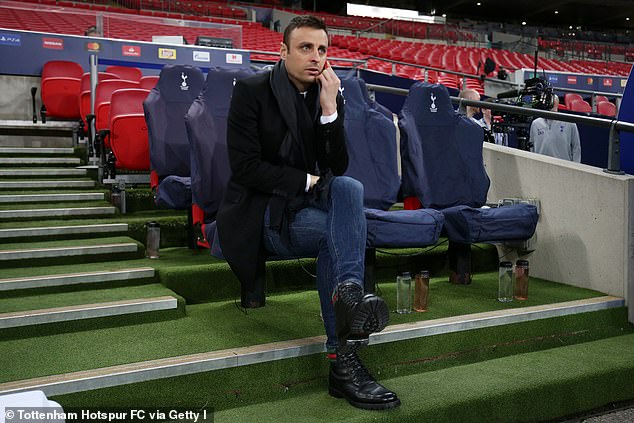 ‘They need to learn from that defeat and do everything in their power to play in a way that can win.’

Solskjaer’s position has been under threat ever since United were thumped at home by Liverpool.

Since then they have managed a 3-0 victory over Tottenham, while a late Cristiano Ronaldo goal salvaged a 2-2 draw away at Atalanta in the Champions League.

The Portuguese superstar scored twice that night to take him to nine goals for the season in 11 appearances. Berbatov said that Ronaldo’s team-mates will have to step up to take some of the load off Ronaldo.

He said: ‘Ronaldo has been doing this throughout his career; covering his teammates from time to time when his team is not doing so well.

‘But he cannot do this all the time. Sometimes other people need to pop up and say: ‘Take a rest – I will take it from here’.

Despite their recent struggles, United could go level on points with City if they were to win at Old Trafford on Saturday.