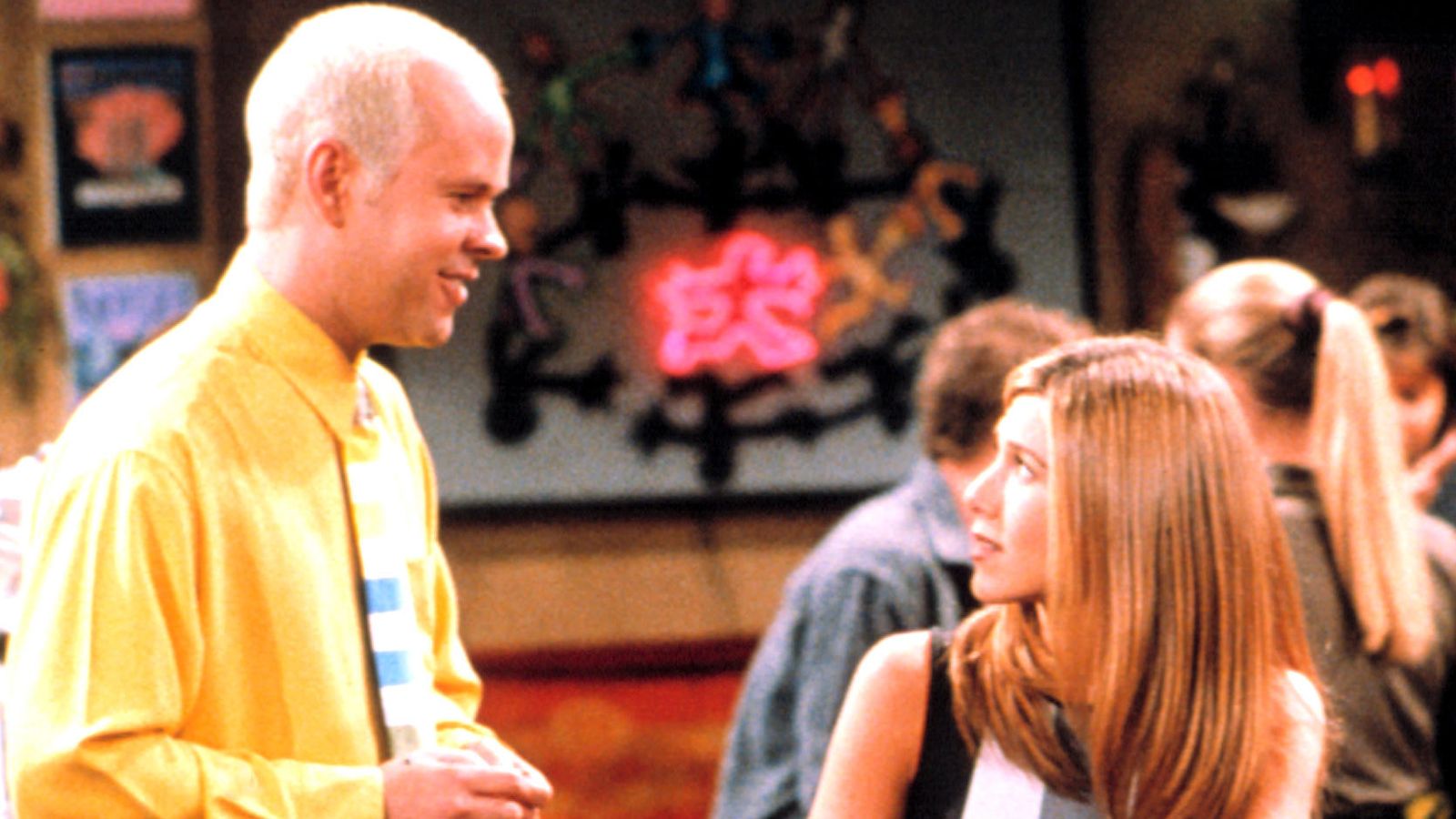 Jennifer Aniston has led the tributes to Friends star James Michael Tyler, who played Gunther, following his death from cancer at the age of 59.

Gunther was one of the best-loved background characters of the hit comedy series, running the Central Perk coffee house the six main characters spent lots of their time in – and famously had a long-running and unrequited crush on Aniston‘s character, Rachel Green.

Tyler died peacefully at his home in Los Angeles on Sunday morning, a statement from his manager said, after being diagnosed with advanced prostate cancer in 2018.

Aniston and other Friends stars Courteney Cox, Lisa Kudrow and Matt LeBlanc have all shared tributes, photos and clips of the actor on social media.

“Friends would not have been the same without you,” Aniston said. “Thank you for the laughter you brought to the show and to all of our lives. You will be so missed.”

“Thank you for being there for us all,” Kudrow posted, while LeBlanc said: “We had a lot of laughs buddy.”

Cox wrote: “The size of gratitude you brought into the room and showed every day on set is the size of the gratitude I hold for having known you.”

Paying tribute, Tyler’s manager said: “If you met him once you made a friend for life. [He] is survived by his wife, Jennifer Carno, the love of his life.”

It added: “Wanting to help as many people as possible, he bravely shared his story and became a campaigner for those with a prostate to get a… blood test as early as 40 years old.”

After Friends ended in 2004, Tyler appeared in Scrubs and Modern Music, and played himself in LeBlanc’s Episodes in 2012.

Warner Bros. Television mourns the loss of James Michael Tyler, a beloved actor and integral part of our FRIENDS family. Our thoughts are with his family, friends, colleagues and fans. ❤️☕️ pic.twitter.com/9coGnT5BHz

After he was diagnosed with cancer, he starred in two short films while undergoing treatment and gave a spoken word performance of the Stephan Kalinich poem If You Knew to raise awareness for the Prostate Cancer Foundation.

During an interview on the Today Show in June, Tyler revealed he was unable to attend Friends: The Reunion in person due to his condition.

“I was diagnosed with advanced prostate cancer, which had spread to my bones,” he told the programme at the time.

“I’ve been dealing with that diagnosis for almost the past three years. It’s stage 4 (now). Late stage cancer. So eventually, you know, it’s gonna probably get me.”

Tyler said he underwent hormone therapy at first, which “worked amazingly for about a year”, allowing him to live normally on just three pills a day. But following a missed test, his cancer spread to his bones, leaving his lower body paralysed.

He is survived by his wife, Jennifer Carno.