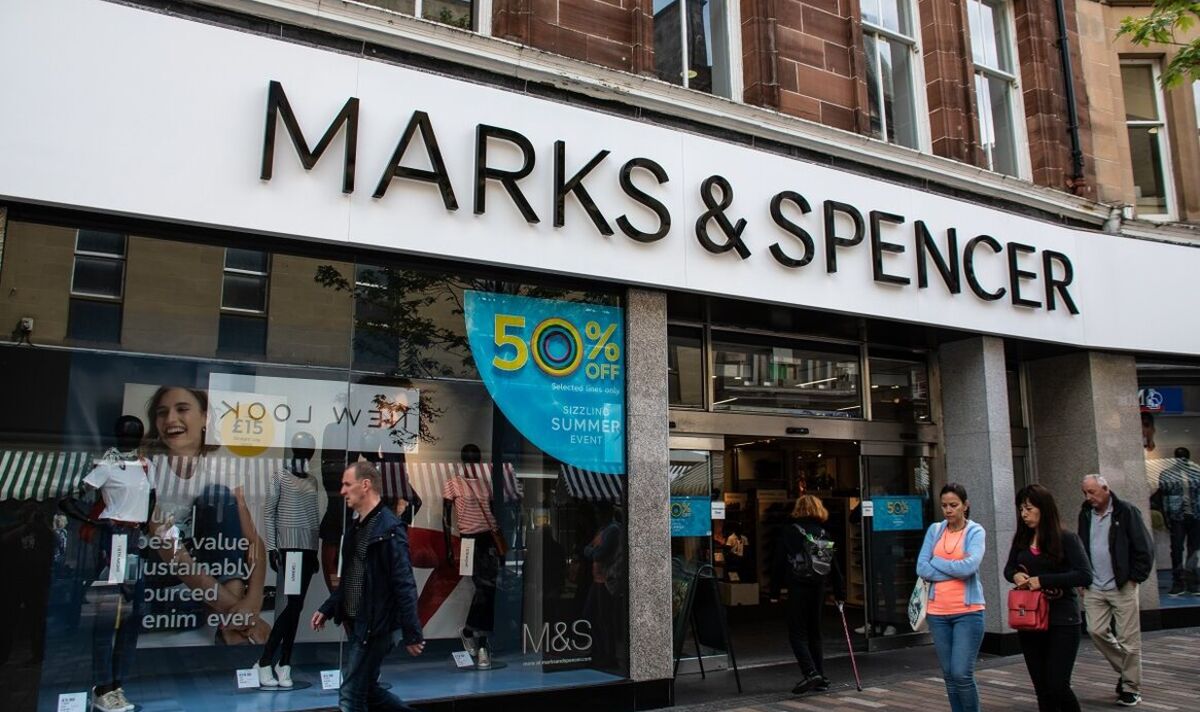 An announcement from Marks and Spencer about plans to close down 67 of its high street stores within the next five years has left people “sad”, with many appealing to the retailer not to close down their own local branch. Express.co.uk readers reacted furiously to the news, with some blaming the rise of online shopping for the cull.

The brand is shutting shop on its “lower productivity, full-line stores”, however, it has said it will be opening 104 new “bigger and fresher” food stores. The 67 stores set to close are part of the 110 that had been previously announced, but the 67 confirmed show plans have been accelerated.

While the restructure of branches is set to take place over the next five years, M&S bosses are hoping for it to be complete in three years. One possible reason for speeding up the restructure is M&S like other stores are facing a tough consumer backdrop, rising inflation and a £100 million hit from soaring energy costs.

M&S said that 80 percent of its energy usage comes from its stores, and it would focus on cutting the cost of refrigeration and lighting to help improve matters. The acceleration of store overhaul is set to save around £309 million in rent costs also.

Last year, the business said it wanted to reduce its number of clothing and home shops from 247 to 180. The retailer previously explained it wanted to focus on moving out of old stores on the high streets, with low footfall, and relocating to retail parks which are popular with shoppers. It is not known which stores and where are closing.

DON’T MISS: Police appeal for information after boy, 16, dies after crash
Man jailed for not handing share of £475,000 will to niece and nephew
Financial markets panicking as gilts crash – worse than bitcoin

Some customers said they hoped their local store wouldn’t be on the list of the stores set to shut. Marilyn Todd said: “Hope the Isle of Man is not one of the ones on their list”.

Llewelyn Lewis noted: “Hope they don’t shut Salisburys m&s” while Teresa Greenhalgh added: “Hope Sunderland is not on their ‘hit list’, that’s all the town needs”.

Amanda Swainston said: “Sad sad news for people that like to shop by seeing the items and looking at clothes up close. Hybrid shopping is the way to go”.

Sandra Erskine wrote: “Nooooooo I don’t want to order online all the time, we are so becoming an anti-social society not healthy. You can sit in your home now and not see anyone now”.