The romance of the FA Cup will be in full flow on Saturday when non-League Bowers and Pitsea aim to pull off the biggest shock of the first round.

With a mammoth 99 places and four tiers between them and League One opponents Lincoln in the football pyramid, the tie will be the largest gap between any two sides set to face off this weekend.

It will also mark the first time that the Essex-based club feature in the first round proper, following their shock 2-1 victory over National League Aldershot in the fourth qualifying round. 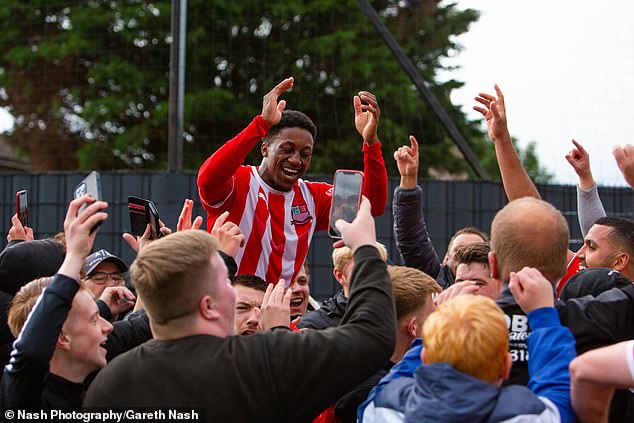 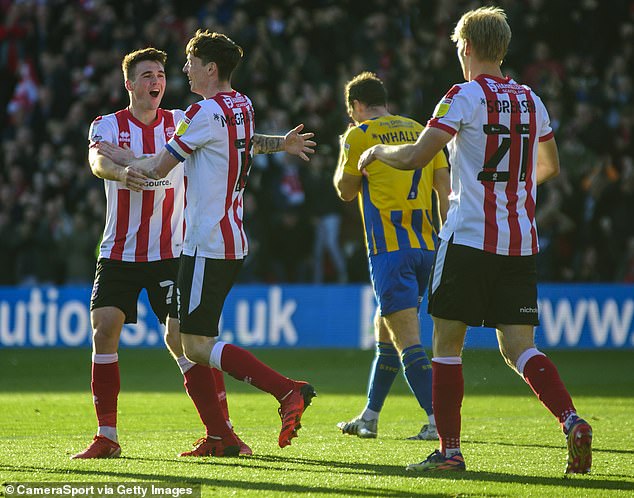 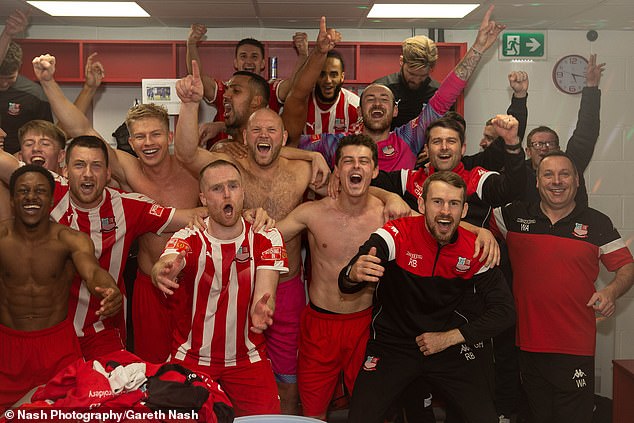 For a team that consists of a carpenter, plumbers, teachers, a fashion designer, a TfL rail engineer among other jobs – it will be the biggest game in the Isthmian Premier’s side history and one that could change their future with a dream upset.

Manager Rob Small told Sportsmail: ‘In the non-League we’re still clinging onto that romance of the FA Cup, it means so much.

‘Competitions like the FA Cup have been diluted with more European and international football, all of the football on television, so it doesn’t quite have the same romance at the latter stages of the tournament.

‘But in non-League it means everything. It’s the prize money, it’s the feeling when you get through to the next round, this is the promised land for every club at our level.

‘We’ve won two league titles and a couple of trophies but to get to the first round of the FA Cup eclipses all of that – it’s like a trophy on its own. It’s the biggest achievement we could probably make.’

Small knows the task at hand saying a victory over the Imps would be a ‘one in twenty game’. If that one game were to happen, he acknowledges it could bring a huge financial boost to the side who sit 19th in their division.

‘A victory would change the whole future of the football club. I imagine that would be worth well over six figures once you consider the prize money, the gate receipts and you’d like to think we would be on television in the next round.

‘So that’s the prize, it’s got the potential to reshape the whole future of the club. We are a small club with limited resource, our average crowd is probably 150 people at a push so money coming is sparse. So every penny that comes in for this run will be welcomed.’

The chance of reaching the FA Cup first round seemed to slip Bowers and Pitsea by when they suffered a 2-1 fourth round qualifying defeat to Chichester two seasons ago. Bowers were a tier above their opponents that day in the pyramid and Small admits that ‘subconsciously’ everyone thought they would win. 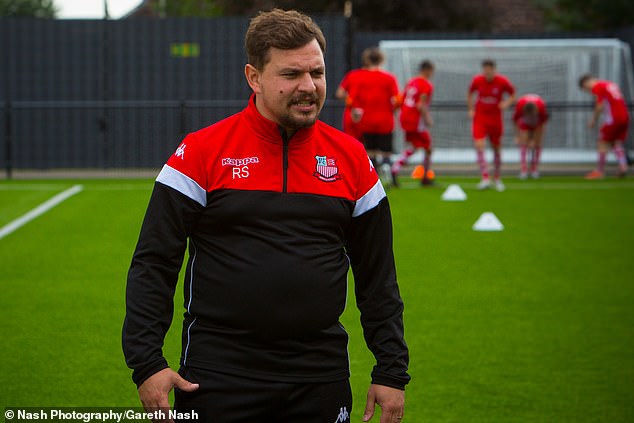 He described it as an ‘error of judgement’ and wondered whether they would ever have a chance that good again. Drawn against an Aldershot side two tiers above them, it was more hope than expectation they could get past the qualifying rounds this season.

Bowers took the lead through a Lewis Manor penalty in stoppage time of the first-half before Aldershot pulled one back after 72 minutes through George Fowler. They quickly recovered and took the lead and a famous victory thanks to an 80th minute strike by Quinten Monville.

‘The first thing I did when the final whistle went was turn around to my assistant and go “are we actually in the first round of the FA Cup?” because it felt like a pinch me type moment,’ says Small.

‘It was indescribable, the atmosphere for the whole game was just brilliant. We don’t get a big crowd very often so on the bench you normally have to create your own atmosphere for the players and almost act like supporters at times.

‘But it was amazing to have such a great backing from the local people and they were really vocal and when the whistle went it was all going crazy. You had pitch invasions. 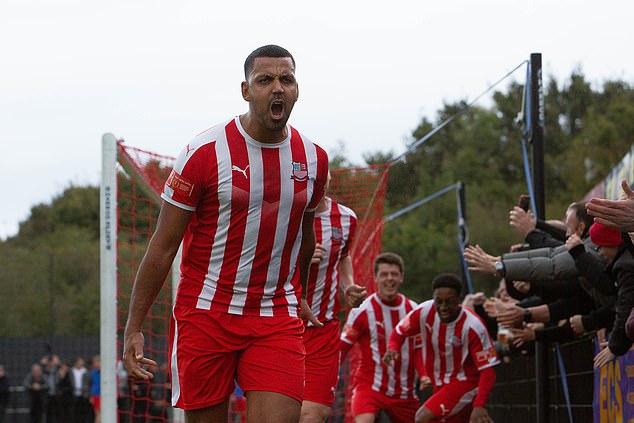 ‘Mr Bowers’ Lewis Manor, who is the club’s record goalscorer, celebrates after scoring a penalty against Aldershot in the last round 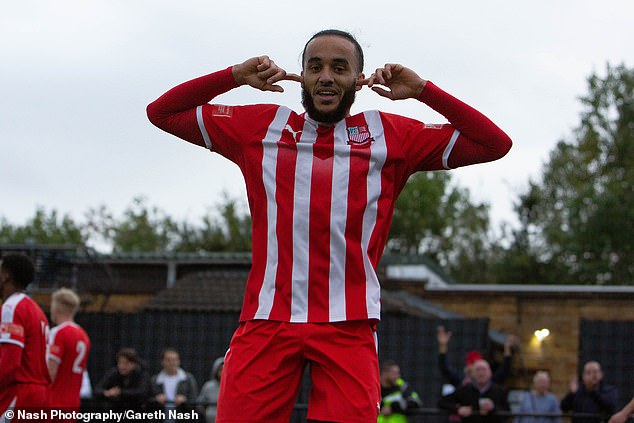 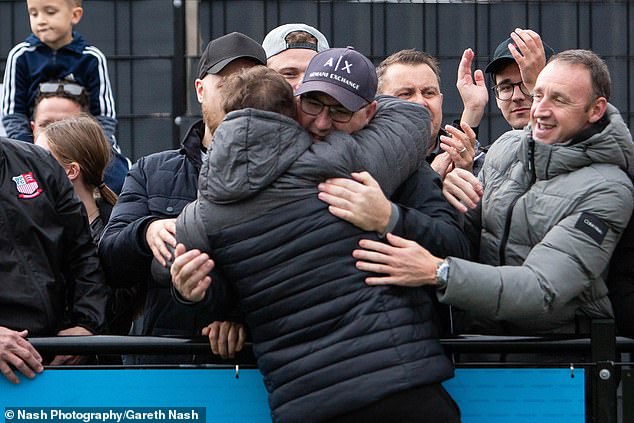 ‘One of the players had a child come up to them and ask “can I have your shirt?”. He gave him his shirt and I had to tap him on the shoulder and say “go get your bloody shirt back, there’s a league game on Tuesday night”. It was a surreal moment where everyone got a little bit carried away.’

Manor, who scored the first goal that day, is the club’s record goal scorer netting 136 times in 243 games and is nicknamed ‘Mr Bowers’. He described it as an ‘immense feeling’ to beat a National League side, and says the game against Lincoln will be one he’ll ‘remember forever’.

He told Sportsmail: ‘I was absolutely delighted when we pulled Lincoln out. They’re a big club and it wasn’t so long ago that they were the giant killers. To play in front of thousands of people, in that kind of environment, with my name on the back of my shirt… I’ve got over 25 of my mates coming up on the train and my family.

‘It’s going to be a day I’ll remember forever and one that’ll hopefully live long in the memory if we win. 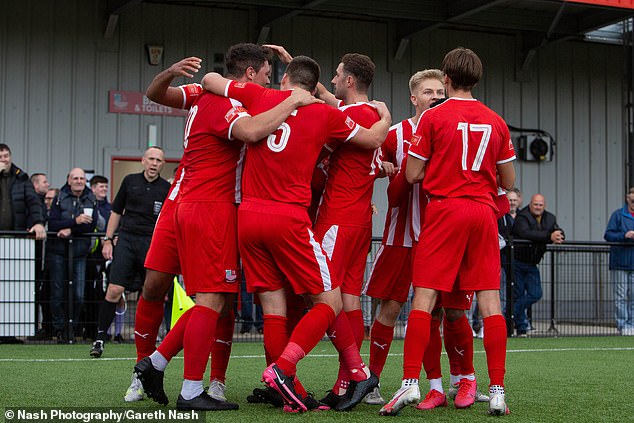 Away from football, Manor runs his own carpentry business and spends his days on building sites.

‘I’ve had a bit of banter with a few of the lads on site,’ he admits. ‘I’m a director of my own carpentry firm so some of the lads who work for me are calling me big time, asking if I’ll be able to carry on with work, asking if I’m going to leave and turn pro!

‘So yeah, I’ve had a bit of banter but some of the lads don’t even watch football and they’re still making their way up (to Lincoln) to support. It’s going to be a really, really great day.’

Unlike Manor, team-mate Max Cornhill has made the first round of the FA Cup before on two separate occasions but believes doing it with Bowers is his biggest achievement in the tournament. 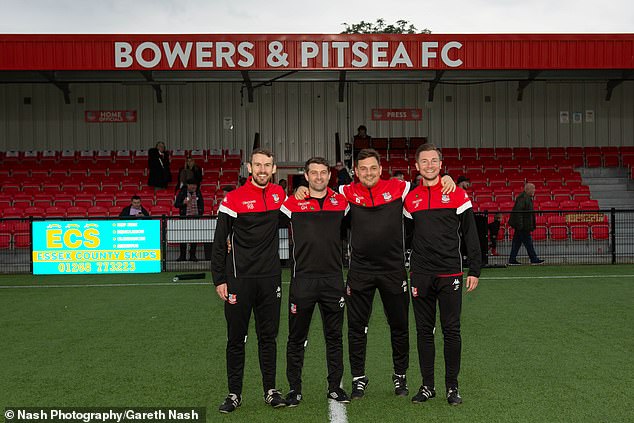 Cornhill who works as a fashion designer said: ‘I’ve managed to play in the first round for Chelmsford and Dartford before, but Bowers being in the lowest division I’ve played in makes it a massive achievement.

‘You’re going up against full-time opposition, there’s going to be a big crowd hopefully which will be great for some of the youngsters coming through at Bowers – and even the older players who haven’t had the chance to experience those sorts of days.’

He adds: ‘Honestly, it’s a game of football at the end of the day. It’s 11 vs 11. We know they’re very good – last season they lost in the play-offs to Blackpool so it’s going to be tough. We’ve been training all week, preparing for it and how we’re going to play.

‘We know we’re going to spend a lot of time without the ball and we’re going to need to be patient, but we’ve got to stick to our plan and hopefully we cause another upset like we did in the last round.’ 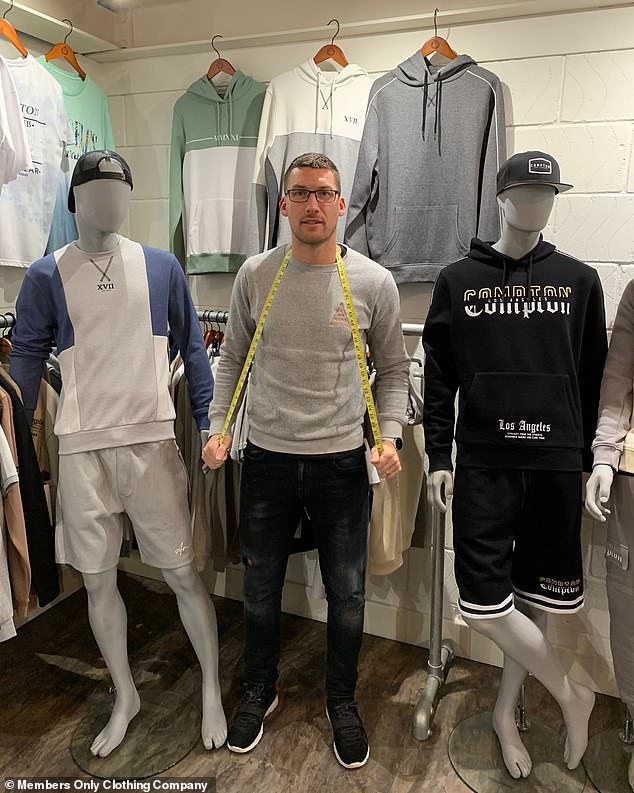 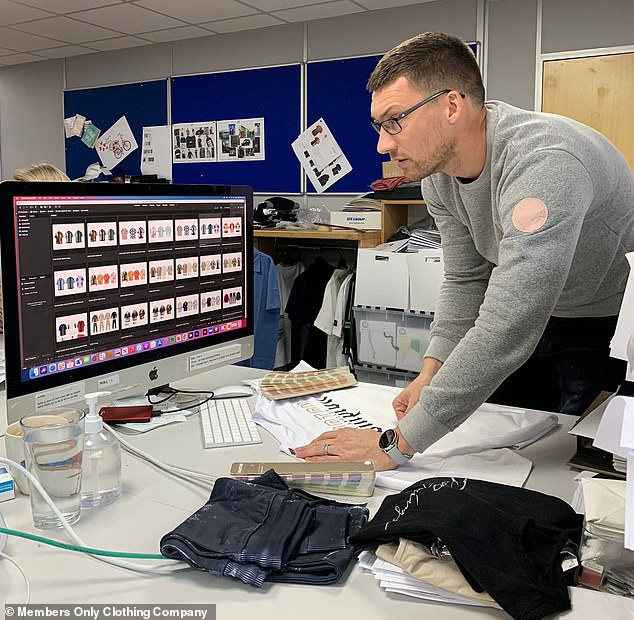 It was just four years ago when Lincoln were the non-League underdogs, beating Brighton and Burnley on their way to the FA Cup quarter-finals where they were knocked out by Arsenal.

Now they are on the opposite end, facing a Bowers and Pitsea side who hope to have a miraculous run of their own.

Small says that his team need to keep their composure and that it would be a dream to make the second round. If they were able to pull off a shock result, he hopes that they draw a lower league side to improve their chances of reaching the third round, when the Premier League big-guns enter the competition.

First qualifying round – 5-0 victory away at Arlesey Town

Second qualifying round – 2-0 victory away at Bishop’s Stortford

Fourth qualifying round – 2-1 win at home against Aldershot Town

‘For me and the players, we’re obviously trying to maintain level heads because there’s a football game to play,’ he says. ‘And we don’t want to just travel to Lincoln for a day out.

‘We want to have a competitive game of football. So, I think for us, we’re trying to just go about our business, as normal as we can under the circumstances.

‘But that’s obviously a lot easier said than done. I think it would be a dream just to be in the second round.

‘You look at the likes of Sunderland, Ipswich, Portsmouth who are managed by the Cowley’s who developed in local non-League football so that will always carry a certain romance.

‘But I think personally if we were to beat Lincoln, it would be good for a home tie  against a lower opposition as possible because the prize of the third round, getting really greedy now, if you’re in the second round you’d be thinking about who you could get in round three.

‘So that would be my preference, a home draw with someone coming to Bowers and maybe we can turn around.’ 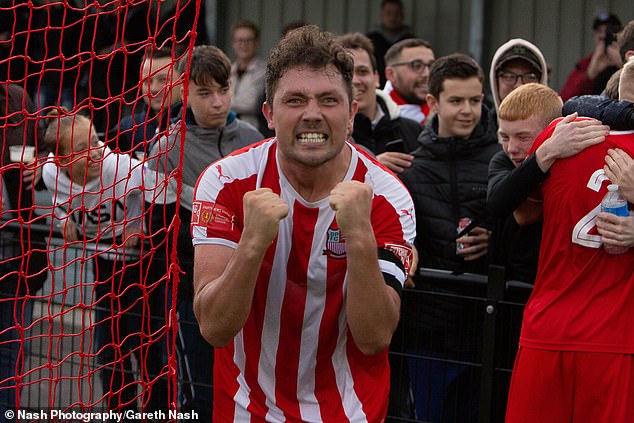 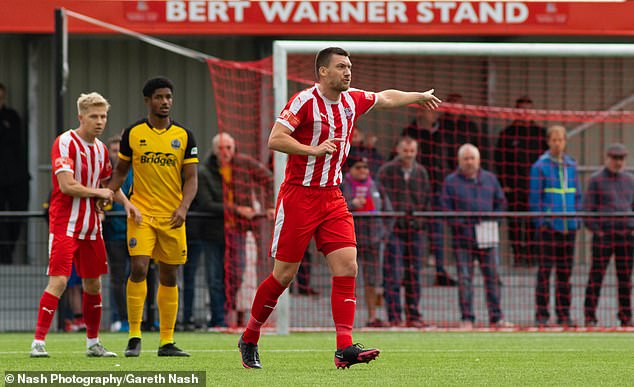