Chris Woakes smiles at his new status as the leader of an inexperienced England bowling attack, charged with conquering the West Indies minus their two champion bowlers.

‘When someone says you’re the senior bowler it basically means you’re getting old, doesn’t it?’ says the man who turns 33 just before England’s first Test next month. ‘But when I look at the guys who haven’t been picked I know I’ll have to step up and be a leader. The best way to lead will be to perform in the West Indies.’

Those guys who have not been selected are, of course, Jimmy Anderson and Stuart Broad, two of the greatest in England’s history controversially left out by Sir Andrew Strauss and his selection panel at the start of the post-Ashes red ball reset. 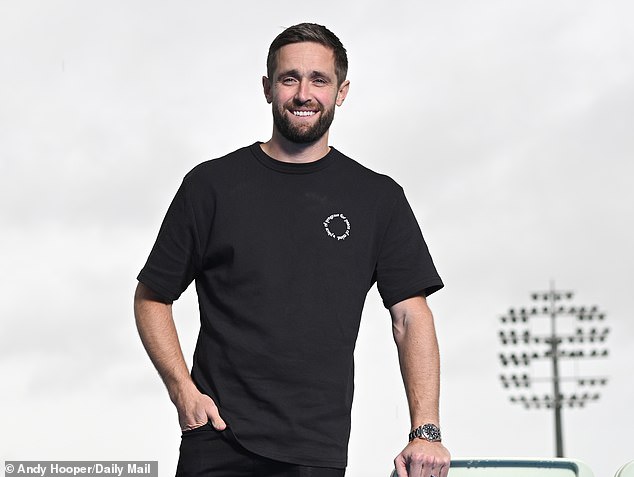 That leaves Woakes as the big bowling survivor from Strauss’s Ashes cull, perhaps as surprised as anyone to find himself heading to the Caribbean for a three-Test tour with added responsibility.

‘I didn’t have a great Ashes trip with the ball and I had no reason to expect to be selected for West Indies,’ Woakes admits to Sportsmail at Edgbaston. ‘I was looking over my shoulder as to whether I would effectively keep my job, make the next tour.

‘So I was thinking about my own situation more than Jimmy and Broady and it came as a big surprise when they were left out. But do I think it’s the end for them? A thousand per cent not. I’m sure they’ll play this summer.’

With the absence of the big two comes opportunity for others, notably a Warwickshire all-rounder name-checked by Strauss as one he expects much from at the start of this new dawn. 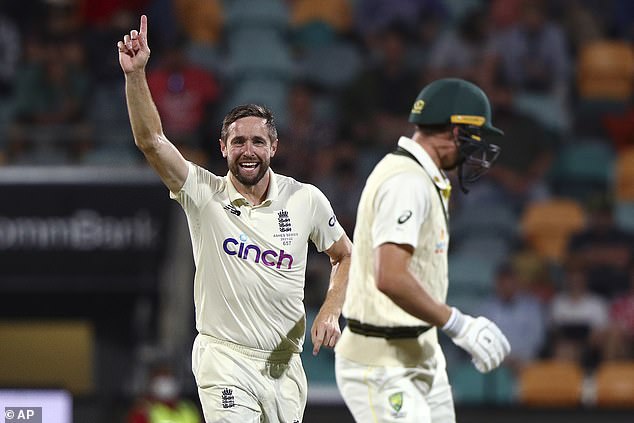 ‘It does give me the chance to show what I can do, particularly away from home,’ says Woakes. ‘My record suggests I’m very good at home but not so good away. I recognise that and I’m working hard to improve those numbers.

‘There’s no doubt I’m a better bowler with the Dukes ball and we are using a ‘second grade’ Dukes in West Indies so hopefully that will suit me a bit more.

‘I do always try to lead as much as I can with performance, but if Joe Root and the staff want me to be more vocal around the bowling group, then I’m more than willing to do that. If that means being the guy who will talk to those coming into the squad then great. If it means them just watching me train I’ll have to ensure my own game is in order. Hopefully the way I do things can rub off on the younger guys.’

The two younger guys Woakes will most take under his wing are the uncapped Saqib Mahmood and Matt Fisher.

‘They are two fantastic bowlers and I believe they’ve got great careers ahead of them,’ says Woakes. ‘Saqib has done it a bit already in the white ball game and I’ve played with Matt in a couple of Lions matches and seen him in county cricket. 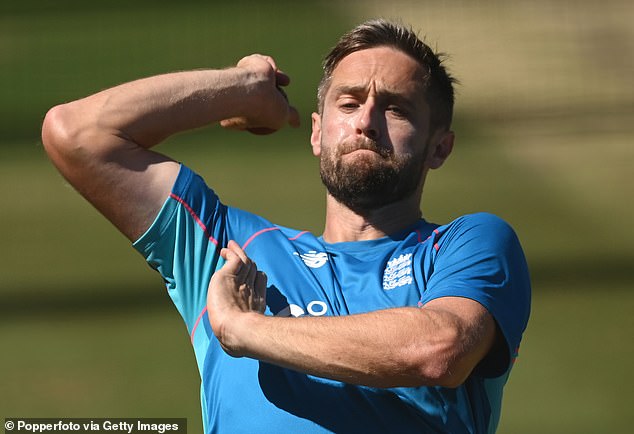 ‘I’ve thought, “At some point it will click for him”. Unfortunately he’s had injuries but I’ve always believed there was a serious international bowler there and it was just a matter of time.’

That time has come, not just for the newcomers but for Woakes. He was a key member of the England side who won the World Cup in 2019 and appeared to have become just as integral a member of the Test team when he had the best summer of his career against West Indies and Pakistan in 2020.

But it has rarely gone smoothly for him since, starting with an ill-fated trip to the airport ahead of the tour of Sri Lanka that led to a positive Covid test for fellow passenger Moeen Ali and isolation for Woakes.

It was to cost him his place for the entire Test winter in Sri Lanka and India and, after being rested for last summer’s early series against New Zealand because of his IPL commitments, he then missed the first three home Tests against India with a freak heel injury suffered slipping down the stairs at home.

‘The first Covid summer was a good one for me and I cemented my place in the Test side,’ he says. ‘But since then it’s been stop-start and the first winter after was frustrating. 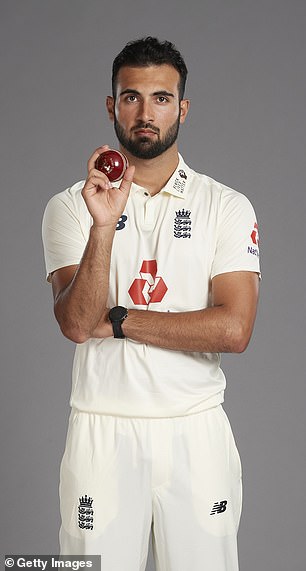 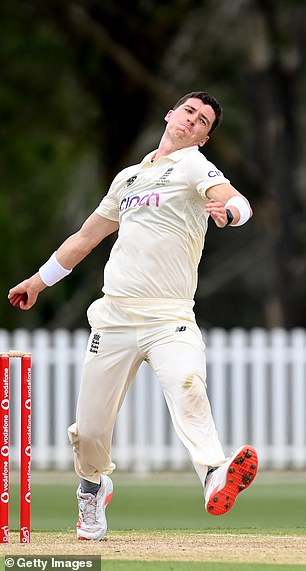 ‘We’ve all been in strange places over the last couple of years with Covid and unfortunately performance was always going to take a bit of a back seat because the ECB were trying to look after people’s wellbeing. They did as well as they could in that period.’

Then came the Ashes, when everything that could go wrong did. ‘We went to Australia with a belief we could win,’ says Woakes. ‘You don’t go thinking you’re going to lose because you would be defeated before you left.

‘But we had to kid ourselves to an extent because we hadn’t had any preparation and all the talk before the series was about Covid, what we would be able to do and whether we would be able to take our families. The cricket was hardly being talked about.

‘It wasn’t until almost when we got there we realised we had a big series to play. So we did have one hand tied behind our backs. You have to start well and we didn’t.

‘As players we take responsibility but unfortunately coaches always get looked at first when things go wrong. When a couple lose their jobs you feel guilt as a player. You’re in prime position to try to put results right. 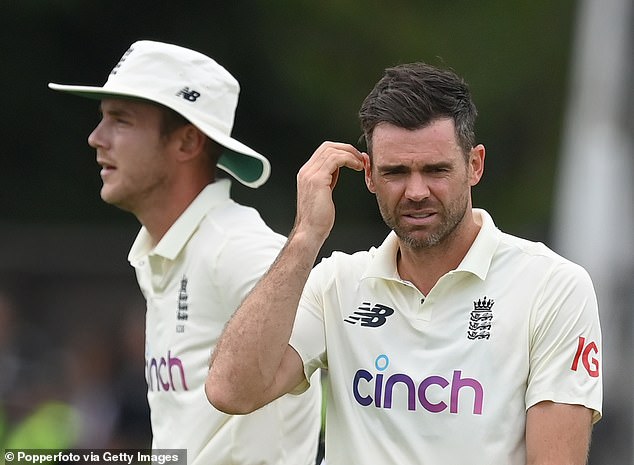 ‘I’ve worked with Ashley Giles for a large part of my career and he’s a great man. And I’ve worked with Chris Silverwood as a bowling and head coach, and we did some good stuff together. It does hit you when they go.’

Now an England side with an interim coach in Paul Collingwood head to the Caribbean for what Woakes hopes will be a return to touring normality.

‘There might be some bio-secure conditions but not as much,’ he says. ‘In a perfect scenario we’d be back to normal but players understand they must be careful. Just hopefully not locked in a hotel. I hope it’s not too bad because guys are getting towards the end of their tether now with bubbles. At the start of Covid we thought we would play less cricket, there wouldn’t be as much travelling and it would extend careers but it’s been the opposite. There’s that much cricket and that much time in bio-secure environments it might have shortened guys’ careers.

‘So let’s hope bubbles will be a thing of the past.’

England women are back in hard quarantine in New Zealand ahead of their World Cup.

‘If I had to do 10 days in a room now I wouldn’t travel,’ insists Woakes. ‘It’s got to the stage where it has had an effect and I wouldn’t be willing to do it.

‘Fair play to the women’s team. It’s an incredible effort.’

Now England need an incredible effort to win for only the second time in a Test series in the Caribbean in 54 years.

‘I saw that stat and you do look at it and say, “Wow”,’ added Woakes. ‘West Indies might see themselves as favourites and we have to work out how we want to go forward as a Test team and then deliver.

‘We’ve got to score more runs than we did in Australia and find a way to take 20 wickets, which is exciting for a young group. We have to find a way to win a Test series when our backs are against the wall.’