Dana White was seen watching Canelo Alvarez‘s boxing victory over Caleb Plant while cageside at UFC 268, before revealing that he had $100,000 on the Mexican to win the boxing contest via a knockout.

The UFC supremo was watching Kamaru Usman defeating Colby Covington to defend his UFC Welterweight Championship on Saturday night, on the same night Canelo confirmed his status as the best pound-for-pound fighter around by knocking out Caleb Plant.

White was seen watching the Canelo fight on a cageside TV despite having the UFC action directly in front of him in New York, with the UFC supremo revealing after Saturday night’s action that his attention was diverted to the Mexican’s fight. 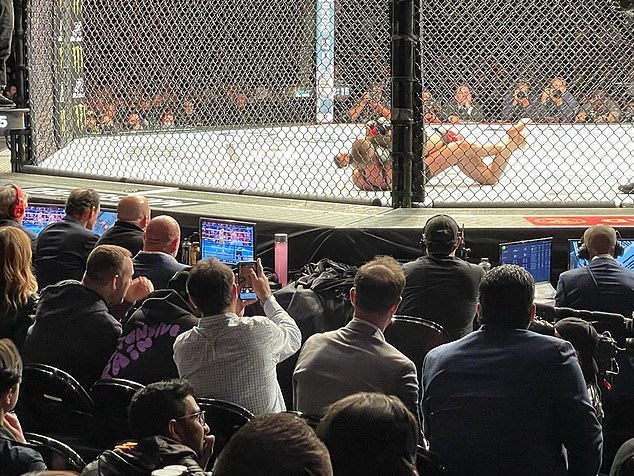 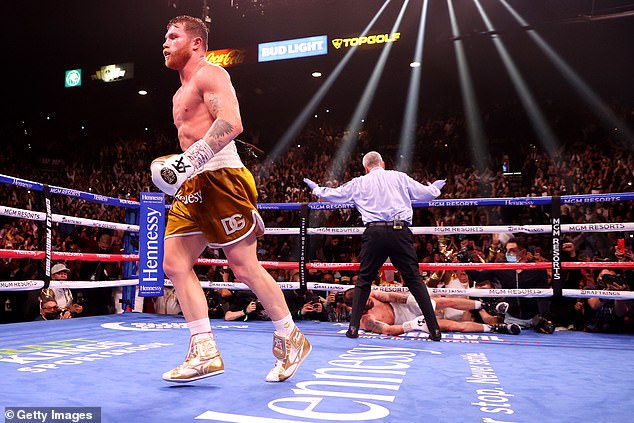 The reason why White’s attention was diverted to the Canelo fight was due to the fact he put $100,000 (£74,000) on the Mexican to defeat Plant via knockout on Saturday.

The 52-year-old, meanwhile, has burst a bubble in Usman’s hopes to take on Canelo is a cross-over fight in the near future, claiming that the UFC star would not want to take on the in-form boxer at the moment. 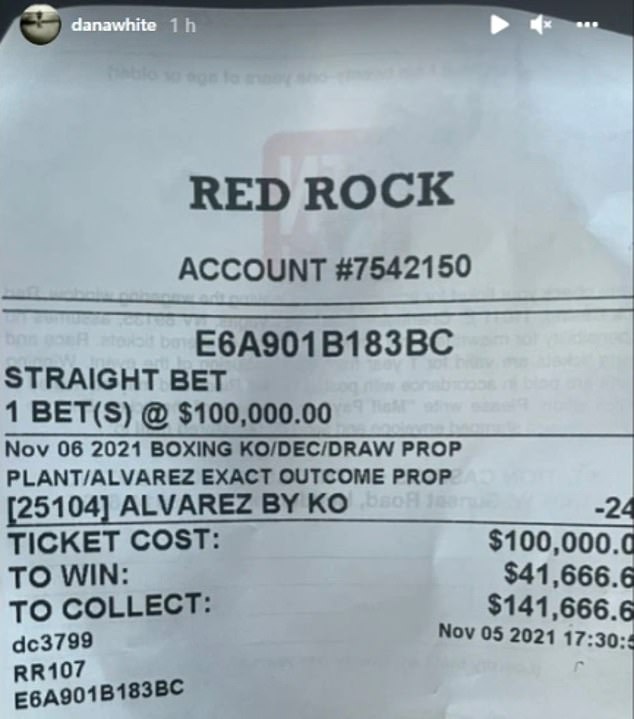 White revealed on Instagram that he put $100,000 on Canelo to win the fight via a knockout 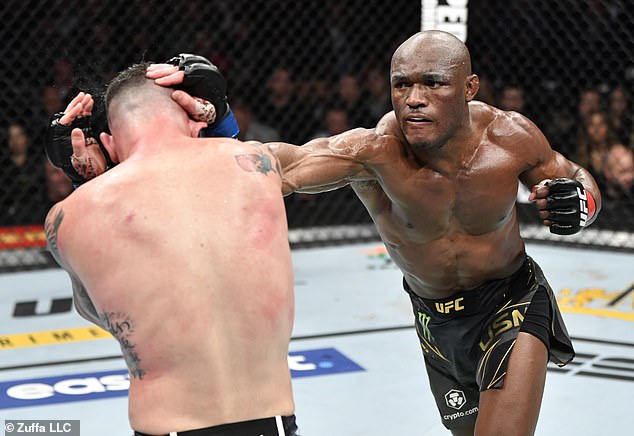 ‘If Canelo wants to come over here, awesome fight. Those two put on an incredible performance (tonight).’

Usman revealed his desire to take on Canelo in a cross-over contest before the UFC 268 action got underway, claiming that he has aspirations to do something that ‘has never been done before’.

‘Talk about legacy, look what I’ve done to this point,’ Usman said before his fight with Covington. ‘When I’m done and I walk away, guys are going to look back and say, “Wow, he was special.” Just like we’ve done with some of the greats. 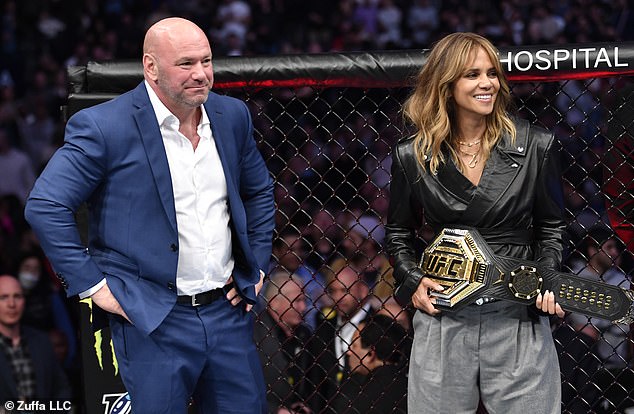 White (left) has burst Usman’s bubble, claiming the UFC star would not want to fight Canelo

‘So if I’m looking at legacy, I want to do something that’s never been done before. These guys don’t really scare me anymore.

‘Of course, there is the fear of myself and not competing and not looking the way that I want to look but what scares me is since when have we ever seen pound-for-pound in both combat sports [fight in] their prime? We’ve never seen that.

‘Wouldn’t the world love to see that? I know I would.’

Canelo, meanwhile, did not have much to say about a potential clash with Usman, with the Mexican boxer – who is now the undisputed super middleweight champion of the world – revelling in the idea of a massive ‘payday’ in the cross-over fight.