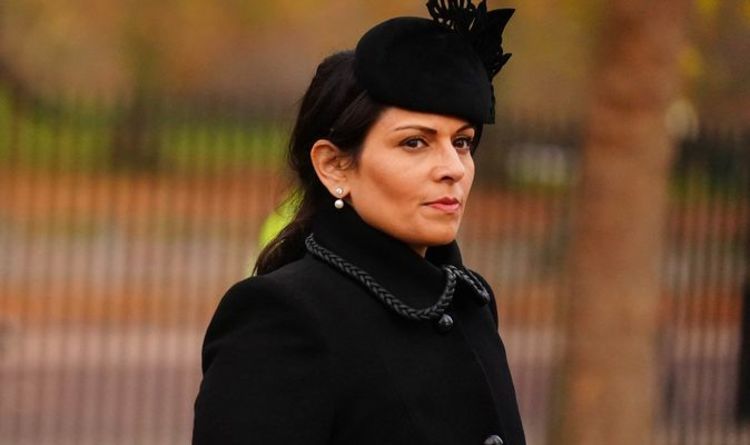 According to reports, the Home Office will ditch the publication of daily figures showing the number of migrants crossing the English Channel. The department will only publish figures every three months after the official statistics watchdog said data of the crossings needed to be more thoroughly checked before publication.

The Office for Statistics Regulation (OSR) said the decision to publish quarterly had been taken by the Home Office.

It said: “We have urged the department to take account of user need for a more frequent publication.

“The decision to release this on a quarterly basis, rather than more frequently, is a decision that has been made by the department.”

They added the organisation understood the Home Office’s view that quarterly publication would ensure statistics were “put into the longer term and wider immigration and asylum context and so better support the public debate and understanding”.

The spokesperson added: “We have urged the department to take account of user need for a more frequent publication, which would include information on the strengths and limitations of these statistics and how this impacts use.”

However, the decision to ditch daily figures would be a mistake.

One said: “It just looks like covering up, and no doubt journalists will come up with their own figures based on people arriving at Tughaven [the migrant processing centre in Dover] and Freedom of Information requests.”

Natalie Elphicke, the Tory MP for Dover, said: “This is not a statistical exercise – this is a serious crisis where people are exploited by criminal gangs on a daily basis and lives are tragically lost.

This comes as Ms Patel was warned as many as 65,000 migrants could cross the Channel this year in the “worst-case scenario”.

This month alone more than 940 people have made the perilous journey as 168 people reached the UK in six boats on Tuesday.

According to the Telegraph, this is more than four times the number in the same month last year.

A further 25 reached the UK on Wednesday.

This week, the Government announced the military will be in charge of stemming the surge of migrants crossing the Channel.

This was one of many ideas drawn up as part of what has been dubbed “Operation Red Meat”, aimed at saving Boris Johnson’s premiership and appeasing Tories.

However, Zoe Gardner, policy adviser at the Joint Council for the Welfare of Immigrants, launched a scathing attack on the Home Secretary.

She told Express.co.uk Ms Patel has “no credibility at all” and should be reevaluating her position, which mirrors calls for Prime Minister Boris Johnson to step down.

Ms Gardner said: “She’s an abject failure in her brief.”