Bruno Fernandes has hit back at claims that the Manchester United squad are unhappy with Ralf Rangnick‘s tactical approach.

Rumblings of discontent within the United camp had emerged in recent weeks, despite Rangnick losing just one Premier League game in his tenure and the Red Devils sitting fourth in the table.

Similarly with previous his manager Ole Gunnar Solskjaer, Fernandes has decided to speak up in defence of his coach. 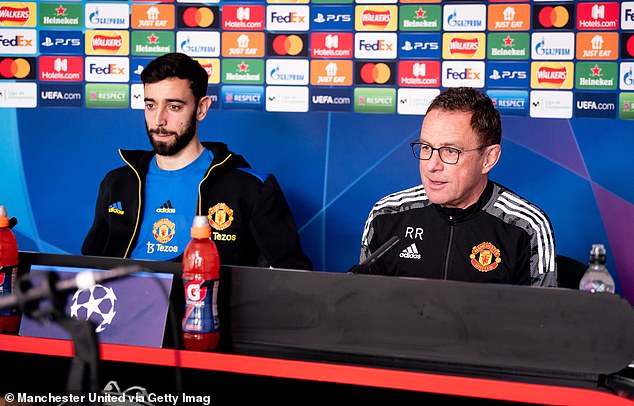 Speaking before their clash with Atletico Madrid, Fernandes said: ‘About the formation, nobody has to worry about that more than the coach and his staff,’ said Fernandes.

‘We [the players] have to follow what the manager thinks is the best way for us.

‘In this club I never heard someone complain about the tactics and I hope no-one will do that, it is not respectful.’

The United squad travel to Spain today in preparation for their last-16 Champions League tie against the Spanish giants. 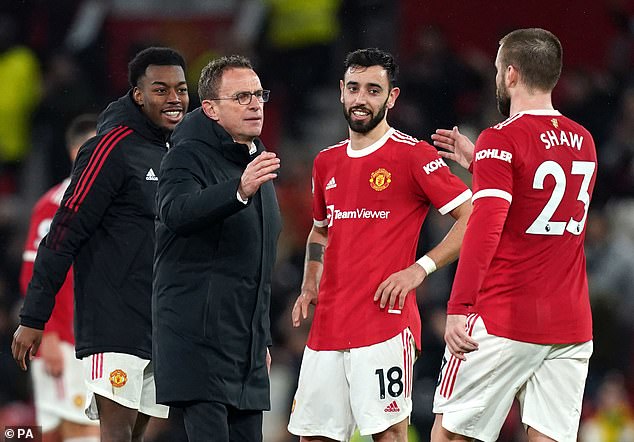 Rumblings of discontent first came to light after Rangnick admitted to letting go of the likes of Anthony Martial and Donny van de Beek because they were unhappy at the club.

The Red Devils are currently in a position to qualify for the Champions League again next year, but with Arsenal and West Ham following them closely, they’ll need a big end to the season to secure that fourth spot.

United’s only loss under Rangnick came at the beginning of January as his side were bested 1-0 by Wolves at Old Trafford.