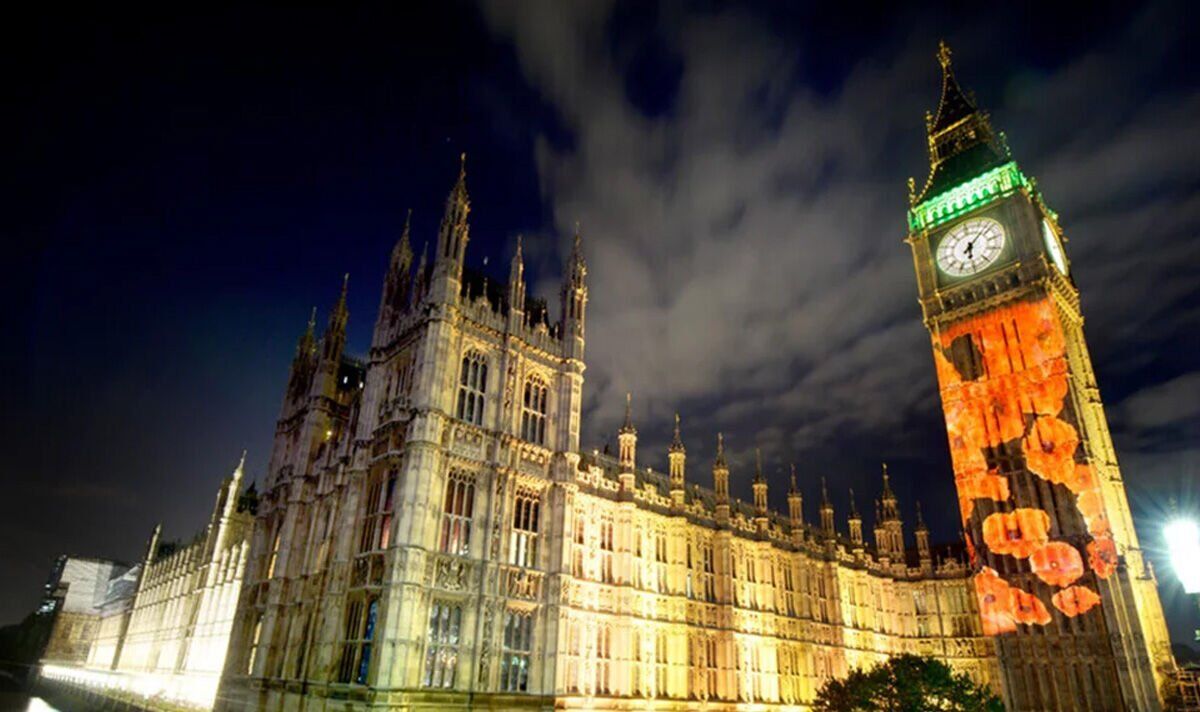 Big Ben’s bells will officially return to service at the Two Minutes of Silence at 11am on Remembrance Sunday, having previously been silenced for conservation work in 2017. The Elizabeth Tower, so named in honour of Queen Elizabeth II on her Diamond Jubilee in 2012, will chime once again just two months after her death. The clock tower will strike 11 times to mark the start of the Two Minutes of Silence at 11am on Armistice Day on November 11, and on Remembrance Sunday, which this year falls on November 13.

The bells will be chiming alongside many others across the country to signal the public to pay their respects to those who died in the two world wars and later conflicts. Despite conservation works, Big Ben continued to fulfil this role every November – but this year the event signals a return to its regularly scheduled bonging.

The Elizabeth Tower, the clockwork and bell mechanism have been covered in scaffolding over the past five years while undergoing the biggest repair and conservation work in its 160-year history.

There remains a possibility that the bells may not be permanently reconnected, subject to tests from Tuesday, November 8.

The contractor will remain onsite until December 2022 to make sure Big Ben has been left in good shape. In addition to the return of the bells, images of falling poppies will be projected onto the tower, marking the first Remembrance Sunday since Her Majesty’s death.

Commons Speaker Sir Lindsay Hoyle described the illumination as a “fitting end to a ‘Week of Remembrance’ in Parliament in a particularly sad and poignant year”.

He added: “We in Parliament hope to do her late Majesty’s memory proud with a week of remembrance – from the planting of a constituency garden of remembrance in New Palace Yard, to Big Ben bonging for the two minutes’ silence at 11 o’clock and the falling poppy projection on the Elizabeth Tower.”

When will Big Ben be heard?

Tuesday, November 8 from 3pm – the bells will be struck intermittently to begin the testing of Big Ben and the smaller bells. This will then be brought up to the usual strike rate of the Great Clock.

The bells will be heard across the week and into the weekend, although may be stopped occasionally for further works.

Friday, November 11, at 11am – Big Ben will be struck 11 times from 11am, preceded by the quarter bells, for Armistice Day

Sunday, November 13 at 11am – The clock will strike 11 times at 11am to mark the start of the Two Minutes Silence.

This will coordinate with events taking place at the Cenotaph and mark the official moment of permanent reconnection.

The strikes will also be streamed live on the UK Parliament’s social media channels.