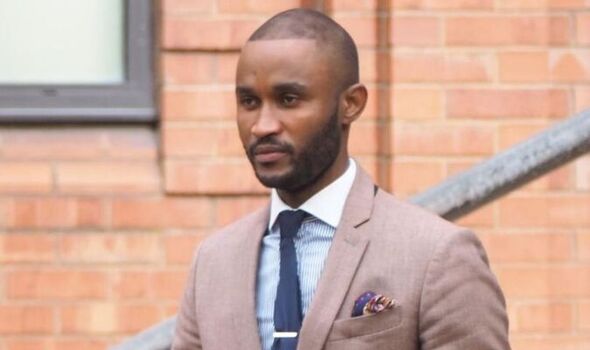 A bailiff was viciously stabbed in a restaurant when he tried to collect a £10,000 debt.

The violent incident mirrored scenes from the television programme “Can’t Pay, We’ll Take It Away!”

Hull Crown Court heard that the man could easily have suffered very serious, life-threatening injuries if one of the knife wounds had been just 2mm to one side.

The tenant of the restaurant, who was being asked to pay a debt on the rent, became angry and aggressive and called in help from a friend after customers were hurriedly asked to leave, reports Hull Live.

A judge who heard the stabbed bailiff describe his wounds told him everyone had seen Can’t Pay, We’ll Take It Away, “but the bailiffs got their money in the end”.

Marco Nyengele, 31, of Melville Street, Hull, originally denied wounding the bailiff with intent to cause grievous bodily harm on April 22.

However, partway through the victim’s evidence during a trial, he pleaded guilty to the lesser offence of wounding.

Cathy Kioko-Gilligan, prosecuting, said that the bailiff was instructed to go to the La Cantina Steakhouse in Newland Avenue, Hull, to collect a £10,000 rent debt owed by Ali Ben Ali.

He and a colleague went there at 7.30pm to enforce and collect the debt.

Ali summoned Nyengele, who “got himself involved in matters that did not concern him.”

Customers were asked to leave and chairs were stacked up and the bailiff went into the bar area.

“Ali began shouting and behaving aggressively by grabbing items to use against the bailiffs,” said Miss Kioko-Gilligan.

The bailiff who was later stabbed tried to restrain Ali by taking hold of him.

Nyengele, a friend of Ali who was there to help out in the restaurant, took exception to the bailiff conducting his lawful employment and “matters soon escalated”.

“He went on to pick up a knife and stabbed the complainant,” said Miss Kioko-Gilligan.

The two bailiffs began to retreat to the exit and Nyengele and Ali followed them while continuing to behave aggressively.

“As luck would have it, a police van was passing,” said Miss Kioko-Gilligan.

A group of people flagged down the van and police officers restrained and arrested Nyengele. He later denied stabbing the bailiff.

“The prosecution say that what the defendant says is complete and utter nonsense,” said Miss Kioko-Gilligan.

Even if he believed that Ali was under attack, Nyengele deliberately poked the knife and this was far more than self-defence.

“Neither complainant was in possession of any weapons at the time,” said Miss Kioko-Gilligan.

“The defendant attempted to stab the complainant not once, not twice, but multiple times. This is not by any means a proportionate act.”

The bailiff who was stabbed told the court that he ended up taking two weeks off work to recover and the event caused worry to his wife and daughters. He did not need any stitches.

“If it had been 2mm to one side, it would have been looking at a different story,” he said. “Everything is going well now.”

Judge Mark Bury said: “You were perfectly entitled to legally to do what you were doing. You showed no sign of unlawful aggression. You were calm and, from what I can see, placatory.

“You pushed Ali away but you were entitled to do that. He pushed you. There was no evidence that you had used unlawful violence yourself. Both of you conducted yourselves professionally in the way you would expect an officer of the court to do.

“In my view, you have got nothing to reproach yourself for at all. The defendant’s plea vindicates that. I am glad you came out of it reasonably unscathed.”

Judge Bury asked: “Did you get your £10,000?” The second bailiff told him that they had spoken to another man connected with the restaurant and they “got the money in the end”.

David Godfrey, mitigating, said that Nyengele was born in the Congo, Africa, but had lived in this country for many years and had a degree in international business studies from the University of Hull.

He was made redundant from a local company because of Covid-19 and this motivated him to study to become an economist as well as working part-time.

Nyengele and Ali had no previous convictions, the court heard.

Nyengele was given an 18-month suspended prison sentence, 150 hours’ unpaid work and was ordered to pay £600 compensation to the stabbed bailiff.

The case of Ali was dealt with separately at an earlier hearing before the district judge at Hull Magistrates’ Court in April. Ali was given 150 hours’ unpaid work and was ordered to pay £100 compensation to the other bailiff.