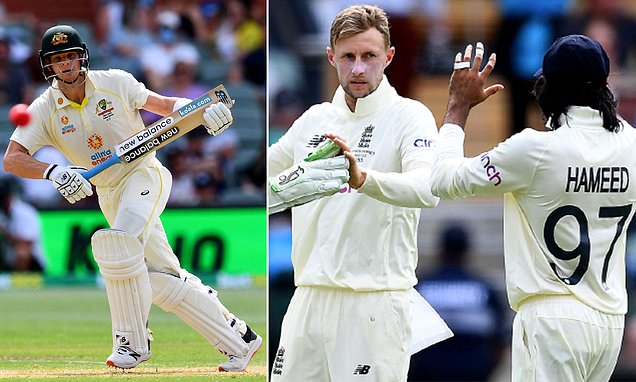 Australia will be eyeing a mammoth first-innings score after dominating the opening day of the second Ashes Test in Adelaide against England.

The hosts ended day one of the pink-ball Test on 221 for two, and it did not take long for Marnus Labuschagne to reach his sixth Test century.

The Australia No 3 was dropped twice by Jos Buttler on the opening day and made England pay but Ollie Robinson dismissed him before Joe Root removed Travis Head and Ben Stokes took the wicket of Cameron Green to drag England back into the game.

Steve Smith and Alex Carey then took Australia further ahead before Anderson removed them, the skipper for 93 and keeper for 52 just before tea.

Follow Sportsmail‘s WILL GRIFFEE for live coverage as the second Ashes Test enters Day Two, including build-up and over-by-over updates.