Key workers across several industries that keep the country running will be required to take COVID tests daily, the prime minister has announced.

Boris Johnson said 100,000 workers in England, “from food processing to transport to Border Force”, will have to test every day they are working from 10 January.

The government will send lateral flow tests to those industries directly and will help organise the logistics.

Its aim is to ensure infections are caught as early as possible to minimise spreading COVID to colleagues, which has been causing major staff shortages.

Follow live COVID updates from the UK and around the world

Announcing the new testing measure at a Downing Street news briefing, the prime minister said that the UK “has a chance to ride out the Omicron wave without shutting down our country again”.

Mr Johnson said despite record daily coronavirus cases over the past week he will keep plan B in place and not immediately bring in more restrictions in England.

England’s Chief Medical Officer Professor Sir Chris Whitty said that last week one in 25 people – “extraordinarily high levels” – in England had COVID but there has been no surge in mortality, although there are now 15,000 daily hospital admissions for people with the virus.

Sir Chris added that data now show the booster jab has 88% efficacy against severe infection and there is now 50%-70% less chance of being admitted to hospital with Omicron than with previous variants.

Explainer: Why cutting self-isolation to five days would be ‘counterproductive’ 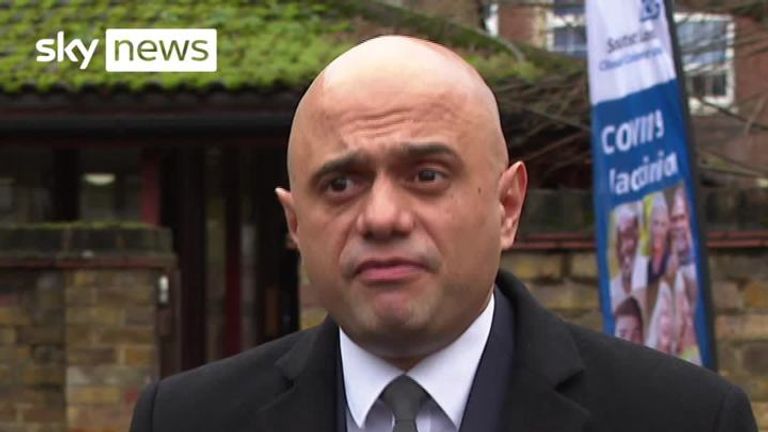 The PM added: “This is a moment for the utmost caution but our position today differs from previous waves in two crucial aspects.”

He said Omicron is milder and while hospital admissions are rising quickly, they are not translating into the same numbers being admitted to intensive care and the massive numbers of people who have had a booster means the UK will “find a way to live with the virus”.

Mr Johnson added that it is “absolutely crazy” there are two million vaccine appointment slots this week “yet the majority of people in ICU for COVID are not vaccinated – 61%”.

Chief Scientific Adviser Sir Patrick Vallance said Omicron has been a “virus of the young” so far but is now reaching older people – however, we cannot say a peak has been reached until cases in older age groups come down.

On Tuesday afternoon, Health Secretary Sajid Javid said the government is not looking at cutting the self-isolation period for those who test positive to five days.

Just before Christmas, the isolation period was cut to seven days if people test negative with a lateral flow on days six and seven – but must remain for 10 days if they test positive then.

There have since been calls to cut it further to five days, like the US, but the UK Health Security Agency explained the US starts counting the first day later than the UK so it would not be appropriate and is not a like-for-like comparison. 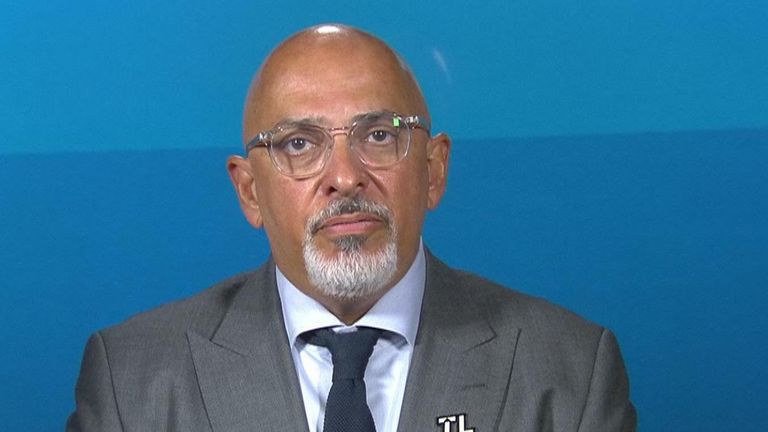 ‘Hospitalisations have begun to rise in over-50s’

Mr Javid also confirmed as of Tuesday morning, six hospital trusts had declared critical incidents over the past two days but it could be more as it “is a very fast-moving situation”.

When asked if the military could help with staff shortages, Mr Javid said it is already helping in vaccination centres.

He added that volunteers are also helping with NHS deliveries, as well as an emergency list of workers developed during the pandemic.

The health secretary said they may call on retired clinicians and other NHS staff to “come back and help”.