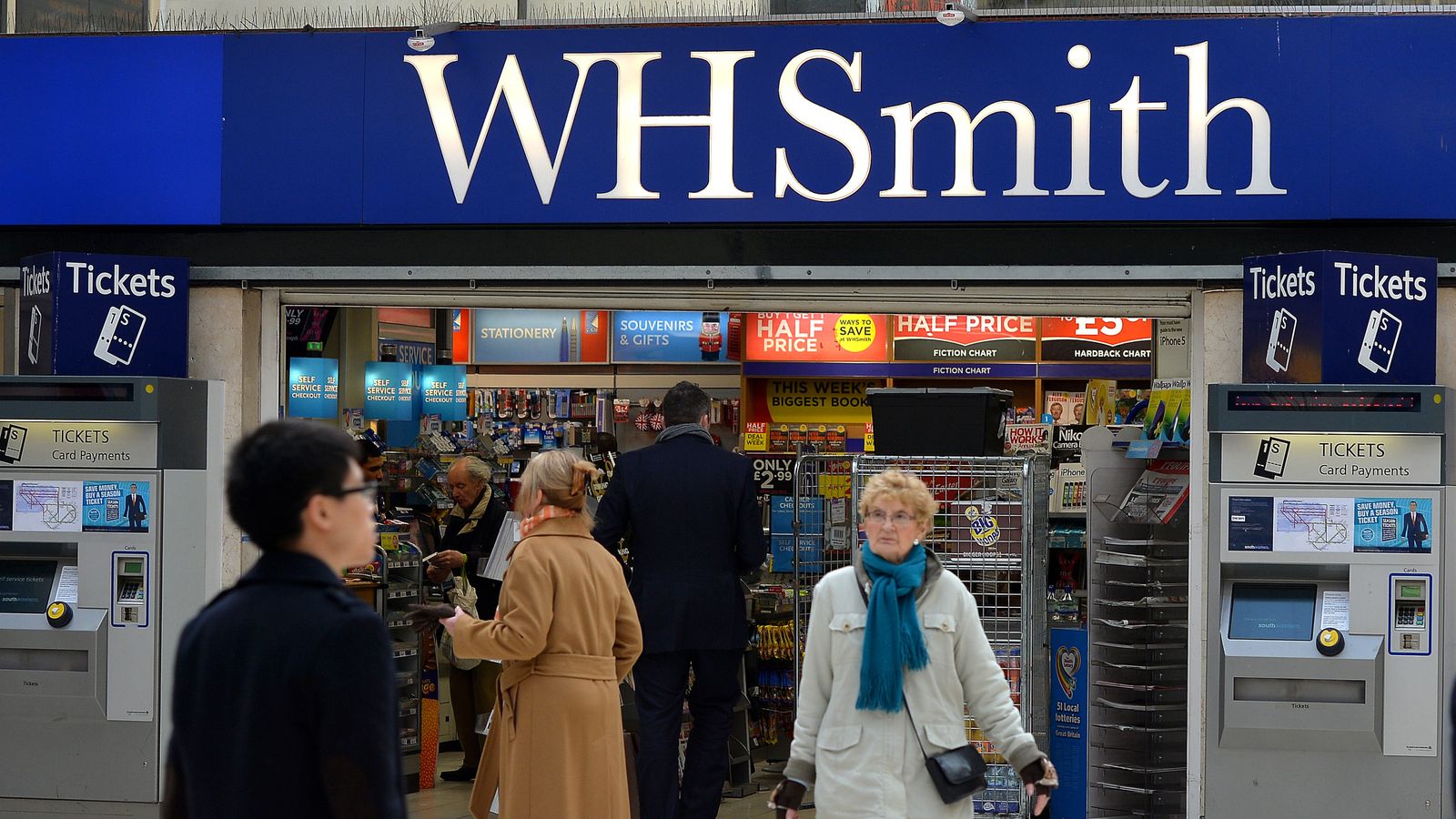 The high street retailer WH Smith has been plunged into a major pay row with investors amid heightened tensions over boardroom rewards as Britain grapples with a deepening crisis over pressure on household bills.

Sky News has learnt that three of the main proxy advisers which issue guidance to City shareholders ahead of annual meetings have signalled their opposition to a £550,000 bonus for Carl Cowling, WH Smith’s chief executive.

A substantial proportion of investors are expected to vote against both the company’s remuneration report and pay policy at next Wednesday’s AGM.

The revolt threatens to turn WH Smith into the year’s first big target of a ‘fat cat’ pay row, even as listed businesses anticipate demands to show restraint amid soaring energy bills and other living costs.

City insiders said this weekend that the retailer’s decision not to repay money received under the government’s furlough scheme and still award a sizeable bonus to Mr Cowling had infuriated a number of institutional shareholders.

WH Smith is one of Britain’s biggest retailers, with approximately 1100 shops in high street and travel locations across the UK.

In a report to clients, the voting advisor, Glass Lewis, said: “While we acknowledge that the company has taken certain measures to ensure the appropriateness of executive remuneration outcomes in the context of the broader stakeholder experience, we remain concerned by the decision to pay annual bonus awards to executives given the receipt of COVID-19 related government support during the year under review.

“In line with market best practice expectations, we consider it inappropriate for executives to receive bonus awards where funds of this nature have been availed of but not repaid, as was the case here.”

A major revolt will raise uncomfortable questions for WH Smith’s board, which has put non-executive director Maurice Thompson up for re-election despite him having been chairman of Greensill Capital, the supply chain finance provider which collapsed in controversial circumstances last year.

Institutional Shareholder Services (ISS), the other main global proxy adviser, has recommended that WH Smith shareholders abstain on his re-election, telling clients that “his role as chair of the board of the Greensill Capital parent company until early 2021 and ongoing role as chair of the supervisory board of Greensill Bank raises reasonable questions of board accountability for a major business collapse, and therefore potentially of failures of governance and oversight”.

It is on the issue of executive pay, however, that WH Smith faces the most uncomfortable scrutiny, given run-ins with investors in previous years.

Sky News revealed in November 2020 that the retailer was forced to backtrack on plans to hand Mr Cowling a one-off share award potentially valued at £4.5m following a shareholder backlash.

Last year, a third of shareholders voted against the company’s remuneration report, forcing it to delay a pay rise for Mr Cowling.

The first stage of that pay increase was handed to him in September, taking his basic salary to £575,000, with a further £25,000 being awarded from April this year.

This weekend, a WH Smith spokesman defended its approach to executive pay: “Despite being among the businesses hardest hit by the pandemic, WH Smith has emerged in a strong position and anticipates a return to profit in 2022.

“This is as a result of the hard work of all our people, led by our executive directors.

“The remuneration arrangements published in our annual report and accounts are consistent with the remuneration policy which over 98% of shareholders supported in 2019 and come alongside the award of bonuses to approximately 1,750 colleagues across our stores and head office to recognise their exceptional efforts through the pandemic.”

The Investment Association’s IVIS voting advisory service has issued a red top alert – the strongest possible warning – to investors on WH Smith’s latest remuneration report, saying shareholders would need to be satisfied with its COVID-19 response given its acceptance of furlough funding and business rates relief during the pandemic.

A number of blue-chip companies have elected to repay furlough funding, while major supermarkets – other than the Co-op Group and Iceland – decided to hand back hundreds of millions of pounds in business rates relief after seeing sales surge at times during the last two years.

Glass Lewis, meanwhile, has recommended that shareholders vote against both WH Smith’s remuneration packages for 2021 and its future pay policy, objecting to a proposed increase in the annual bonus opportunity for its finance chief.

Sky News revealed last weekend that headhunters have begun approaching prospective replacements for Mr Staunton, who has held the role since 2013.

A source close to WH Smith insisted this weekend that “key shareholders” had expressed support for its pay resolutions ahead of the AGM.

They added that Mr Cowling had not received a bonus in the first year of the pandemic – a year in which it raised more than £160m from shareholders to shore up its balance sheet – and that “downward discretion” had been used to determine his bonus for 2021.

The WH Smith chief’s two predecessors were now working for or moving to private equity-owned businesses away from the public markets, reflecting the “competitive market for talent,” the source said.

Shares in WH Smith closed on Friday at 1564.5p, up modestly over the last year.