UFC legend Diego Sanchez is suffering with pneumonia caused by Covid and is enduring a horrendous time with the illness in hospital.

The 39-year-old fan favourite also has blood clots in his legs as a result of coronavirus and shared images of himself in his bed.

Sanchez wrote: ‘Pneumonia Covid never give up’, alongside an image of himself with wires and diodes connected to his body with a face mask on. 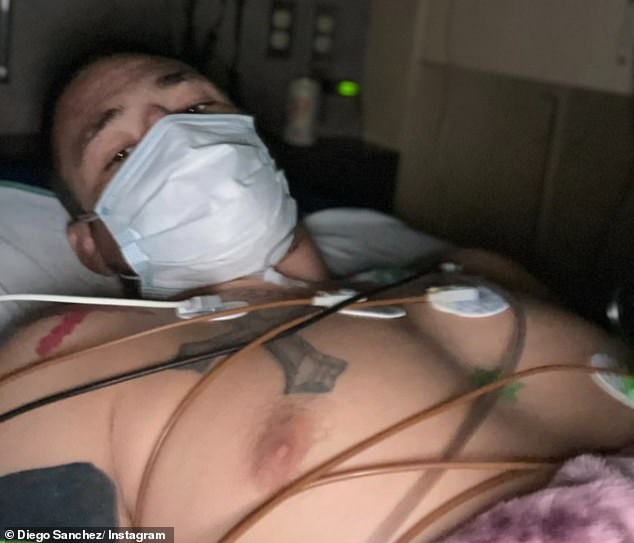 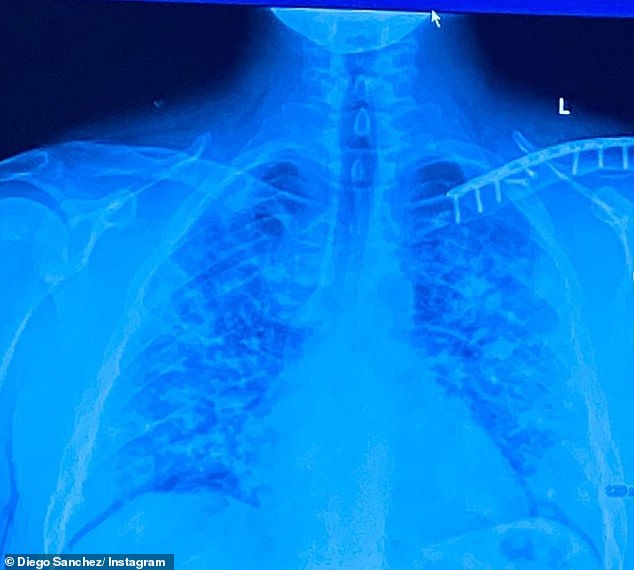 He also wrote: ‘Covid is no motha******* joke’, and posted an image of a scan on his lungs, which have been ravaged.

Sanchez also revealed online that he is not vaccinated and is ‘not sold’ on the jab.

The former welterweight was cut from the UFC in April and was understood to have agreed a deal with Bare Knuckle FC subject to a medical.

He was the first ever winner of the UFC’s flagship reality show The Ultimate Fighter way back in 2005. 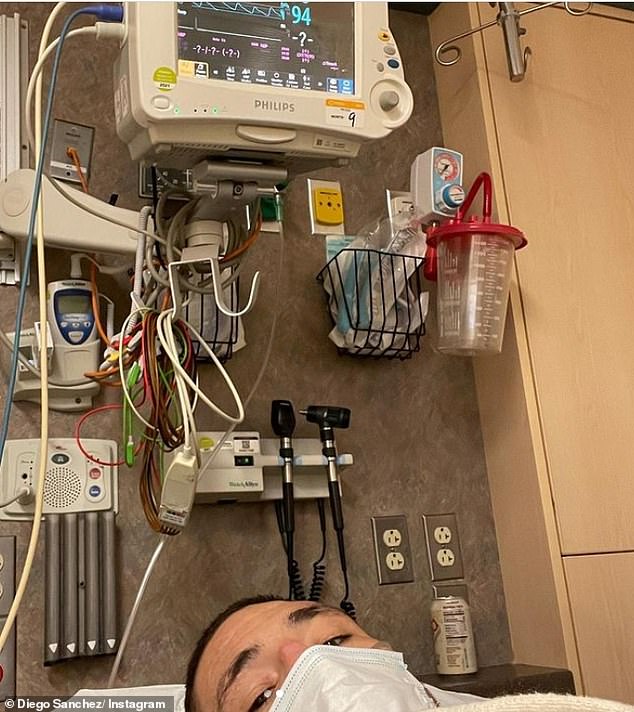 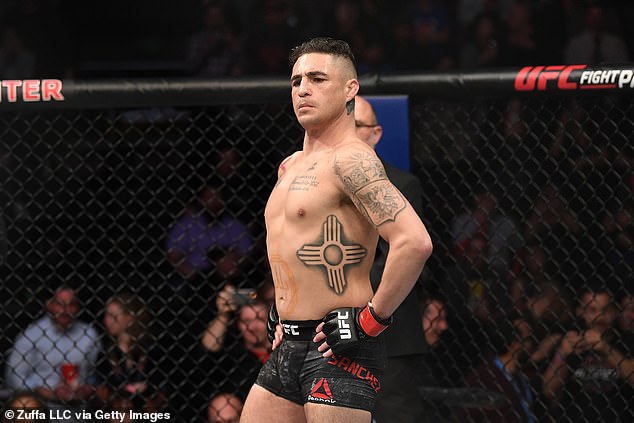 Sanchez subsequently established himself as one of the organisation’s stars with his relentless approach and exciting striking style.

He fought 32 times in the UFC but a unanimous decision defeat by Jake Matthews earlier this year was his last outing.

There was also a dispute between Sanchez, his management and the UFC and concerns over his mental health that may have contributed to the parting of ways.

He appears to be in a dreadful state of health at present and the MMA community will be wishing him a full and rapid recovery.