The 2022 World Cup kicks off on November 21, giving players the best part of 11 months to prove to England manager Gareth Southgate why they deserve to make the flight to Qatar.

There are, of course, players who can be confident about making the plane but others find themselves on the fringes and will be hoping to stake their claim before judgement day.

A host of players are still waiting to receive their first England cap but have showed signs that they could still break into Southgate’s team by the time the final squad is announced.

Sportsmail has picked out ten uncapped players you should keep an eye on over the next year who could force their way into the final selection. 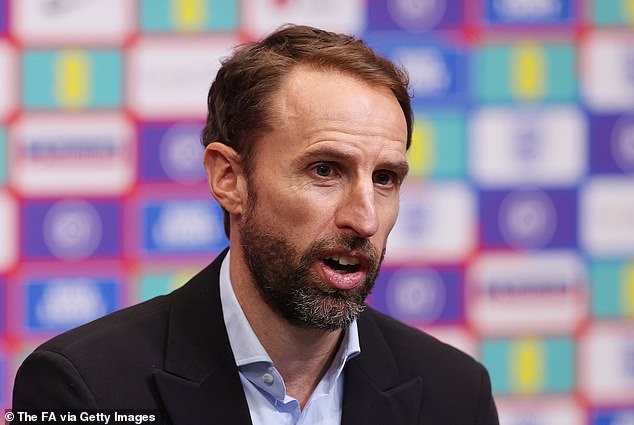 The one area of the team where Gareth Southgate would feel he doesn’t need a bigger selection headache than he already possesses is at right-back.

After a promising start to the 2020-21 season, Tariq Lamptey went off the radar for the best part of a year due to a serious hamstring injury.

He returned to action in October and though he is still working his way back to his best, Lamptey has shown signs of the scintillating player that made him an instant hit before his injury setback.

Lamptey is a pocket rocket of a player with lightning speed accompanied by dribbling trickery.

But it will be tough for the Brighton right-back to surpass the players currently used by Southgate.

However he still has the equivalent of a full season – the rest of the current campaign and the first three months of 2022-23 to press his claims for promotion to the senior team.

And if he continues to build on his performances it only seems a matter of time before he gets a chance. 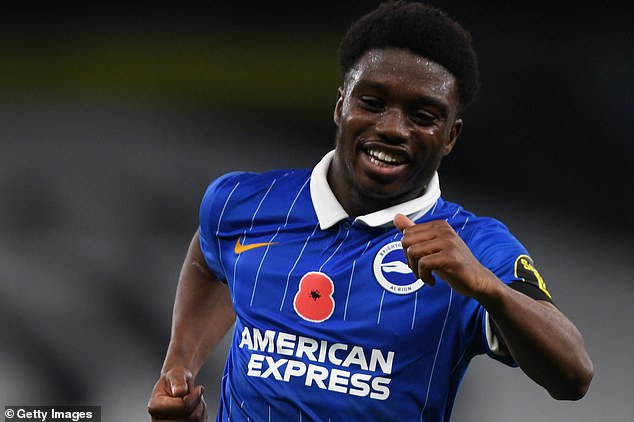 Similar to Lamptey, James Justin has fallen off the radar due to a cruciate ligament injury he suffered in February.

If it hadn’t been for his injury, the Leicester star might have already received his first cap with his performances last season picking up the attention of Southgate.

His ability to play on both flanks and as a third centre-back provides a level of versatility that would be an asset within any squad.

Justin is back in training for Leicester after suffering an injury setback at the start of November and his return will be like a new signing as the cliché goes.

However, it is important to note he will take time to get back up to speed as much of his game relies on his athleticism and running ability.

Ricardo Pereira’s struggles since his return from a similar injury could be something Justin has to overcome as well.

But if he is able to build on his form from last season once he is back to full fitness, then he could still work his way into the England fold ahead of Qatar. 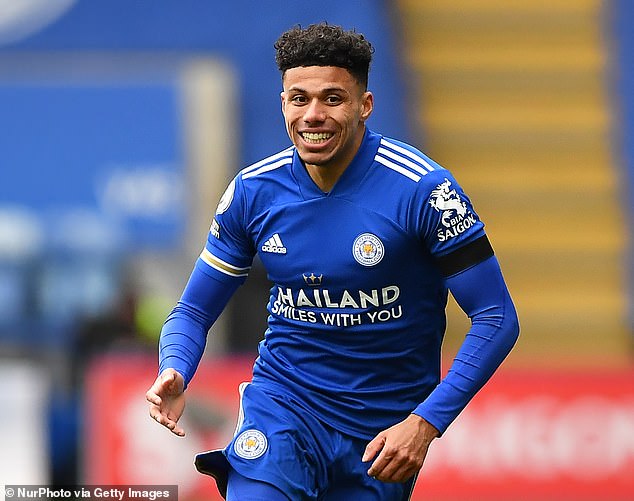 The latest in a line of Cobham graduates, Trevoh Chalobah has not looked out of place since breaking into the Chelsea team this season.

Chalobah has benefitted from Thomas Tuchel playing three centre-backs and he has been featured alongside experienced and quality players in Antonio Rudiger and Thiago Silva who he can learn and benefit from.

He is often keeping Andreas Christensen out of the starting line-up and could feature regularly next season with the Danish international, Rudiger and Cesar Azpilicueta all in the final year of their respective contracts.

The 22-year-old has also scored three goals showing that he can be a threat from set pieces.

England’s squad is stacked with quality but one area which will concern the England manager is in central defence.

Conor Coady and Tyrone Mings’ positions in the squad are there to be won while Harry Maguire is worryingly off form and John Stones is not getting regular game-time so far this season.

That means the door could open for several uncapped centre-backs, as well as the likes of Ben White, Fikayo Tomori and Joe Gomez, giving them the chance to work their way into the squad over the next 12 months. 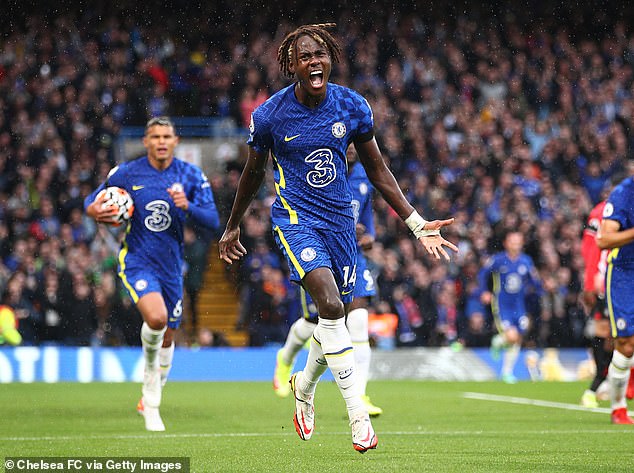 Ask many Aston Villa fans who the best English defender is at the club and their answer won’t be Mings.

Mings has been a regular to make the squad in recent times but Ezri Konsa is still ignored by Southgate despite his fine form going back to the start of last season.

The England boss is keeping tabs on the 24-year-old having name-checked Konsa as someone he’s been looking at in recent squad announcement press conferences.

Aston Villa’s poor start to the season probably hasn’t helped his cause, though under new manager Steven Gerrard they have looked much more defensively solid in his early games.

Konsa recently made a big impact for Gerrard’s side, scoring both goals in a 2-1 victory over Leicester.

If Villa continue to improve then surely Konsa can’t be ignored for too much longer.

The centre-back remains eligible for Portugal and, if he continues to be overlooked, don’t be surprised if he takes up that option instead. 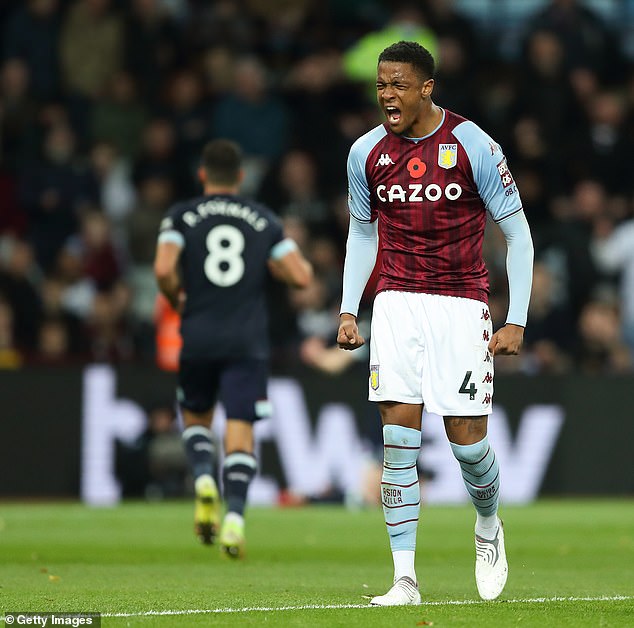 Another player to come through the ranks at Chelsea, Marc Guehi has made a strong start to life in the Premier League, since joining Crystal Palace in the summer for £18m.

The 21-year-old has shown himself to be a composed and assured presence at the heart of the Eagles’ defence.

Guehi has an impressive record in England’s youth ranks, playing 14 times for the Under-21s, was part of the Under-17 World Cup winning squad in 2017 and made the European Under-17 Championship Team of the Tournament in the same year.

Crystal Palace manager Patrick Vieira has backed his player to be called up for England.

Back in October, he said: ‘He really wants to fulfil his potential and his work ethic and concentration is really good.

‘This is why I believe he has the attributes to be one day an international player.

‘He’s really calm and composed and his competitiveness is unbelievable. It’s a pleasure for myself and my staff to work with him.’

Guehi has a lot of competition at centre-back but he has been a valued asset as part of England’s youth teams and it wouldn’t surprise many to see him get a promotion if his current form continues. 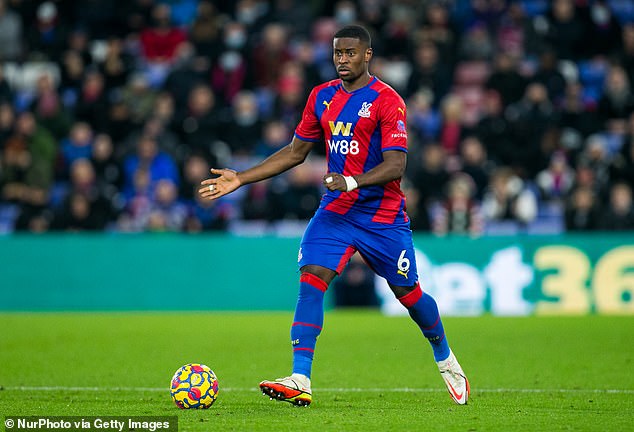 Out of everybody on this list no one has made it as close to the senior squad as Eberechi Eze.

But in a cruel twist, Eze discovered that Southgate had included him in his provisional Euro 2020 squad immediately after hurting his achilles in training.

It was unlikely Eze would have been included in England’s final squad for the tournament but it’s very likely he would have played the pre-tournament warm-ups much like Ben White and Ben Godrey, who made their England debuts as part of the provisional squad.

His achilles injury was serious enough to keep him out until Crystal Palace’s 2-1 defeat at the end of November.

Much like Lamptey and Justin mentioned earlier in this list, Eze will have plenty of work to do to get himself back into fitness and prove Southgate he deserves a call-up.

However, the fact that he was due to be part of the larger group at the Euros is a sign that the playmaker, who also qualifies for Nigeria, is in England’s thinking for the future. 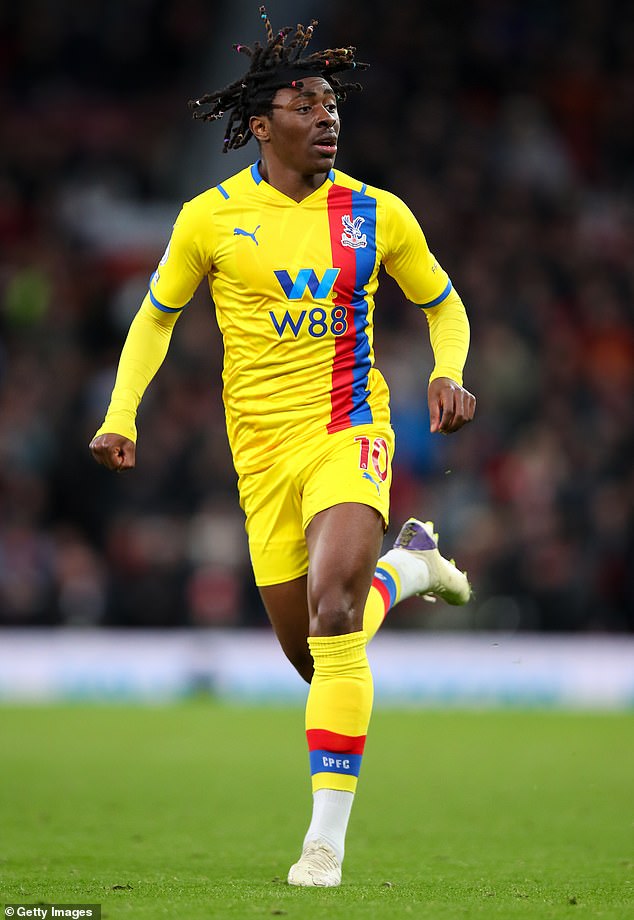 Curtis Jones is a player who still needs to prove his consistency at Liverpool but there is no doubt about the talent he possesses.

The 20-year-old is excellent in possession and has the ability to unpick a defence in tight games.

In a difficult campaign for Liverpool due to injuries, Jones got more game time than what was probably expected last season.

Jones has impressed when called upon so far this season but it’s been a tougher start for him, with the squad as a whole facing less injuries – but he has been unavailable for nine of their opening 16 games so far this campaign.

To work his way into the England squad, Jones will need to build on his performances and get regular football at Anfield.

But he doesn’t feel too far away from his first England cap, especially as alternatives to the likes of Declan Rice, Jordan Henderson and Kalvin Phillips are thin on the ground. 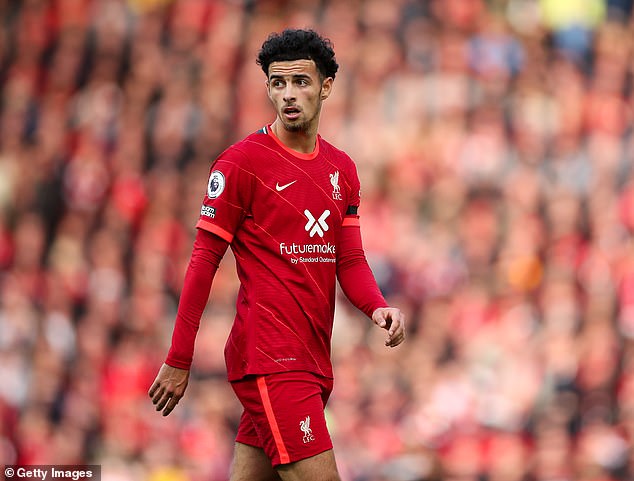 The Liverpool star is one of the most talented players in the world for his age and was showcasing immense potential before suffering a cruel injury against Leeds in September.

Elliott returned to Merseyside on the back of a very efficient season at Blackburn where he scored seven goals and registered 11 assists.

The 18-year-old took advantage of Thiago’s absence, starting three of Liverpool’s opening four games of the season before his ankle was dislocated in a challenge against Leeds.

There were fears that he could miss the rest of the season but the sight of the youngster beginning light-runs on grass at Liverpool’s training ground indicates he should be able to feature this season.

The midfielder is eyeing a full return to training in January and from then would have ten months to prove whether or not he deserves to be part of the England squad.

If he is able to build on his first couple of starts at Liverpool and live up to his potential, then there’s a very good chance he could sneak into the England squad. 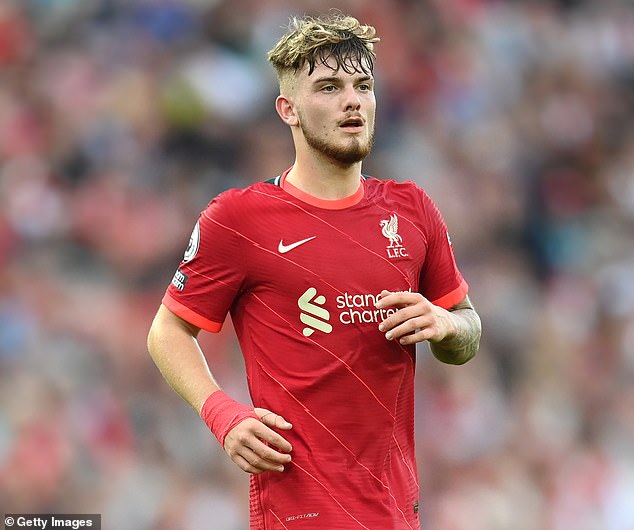 That might make it appear difficult for Jarrod Bowen to make the team, but he is a player knocking on the door and is improving all the time for an impressive West Ham side.

Bowen has been in outstanding form for the Hammers scoring three goals and registering five assists in all competitions, as David Moyes’ side push for the Champions League places and have made a fine start in Europe.

The 24-year-old has been linked with Liverpool and showed his class against the Reds with his run from deep and weighted pass to set up Paulo Fornals in a 3-2 victory in November.

He then played a pivotal part in West Ham’s 3-2 victory over Chelsea by finding the back of the net to level the game.

Bowen is showing his abilities against some of the best teams in the world and would deserve a call-up to the national side. 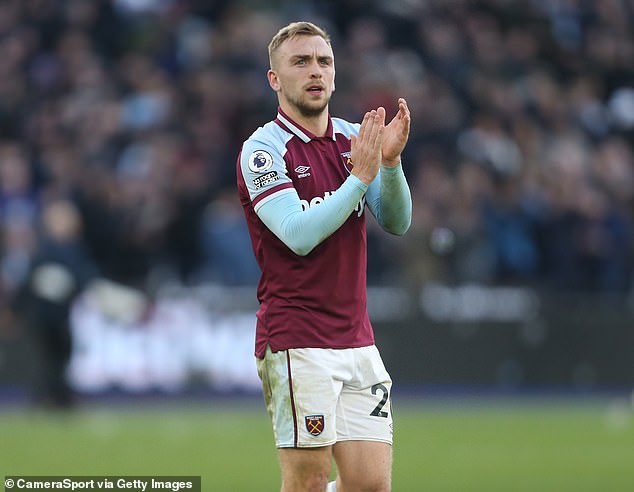 Brentford have made a promising start to life in the Premier League and Ivan Toney has played a key part in that.

The 25-year-old came up on the back of a season in which he scored 31 goals – the most to ever be scored by a player in a single Championship campaign.

Toney tormented Arsenal defender White on the opening day of the season before producing a Man of the Match performance against Wolves with Conor Coady unable to lay a finger on him.

Arguably his most impressive performance came in a game where he didn’t find the back of the net against Liverpool.

Toney showed off some immense link-up play and troubled Virgil van Dijk as he helped his team secure a point, bagging an assist in a thrilling 3-3 draw.

In October, Southgate said he had been ‘very impressed’ by Toney’s performances, though the striker could still declare for Jamaica.

Despite Harry Kane’s lack of form, it seems certain the Tottenham man will make the squad in Qatar.

Behind him, there is a fierce battle to be the back-up for Kane along with Dominic Calvert-Lewin, Tammy Abraham, Patrick Bamford and Ollie Watkins.

All of those players have received England caps but Toney is someone to keep an eye on over the next year. 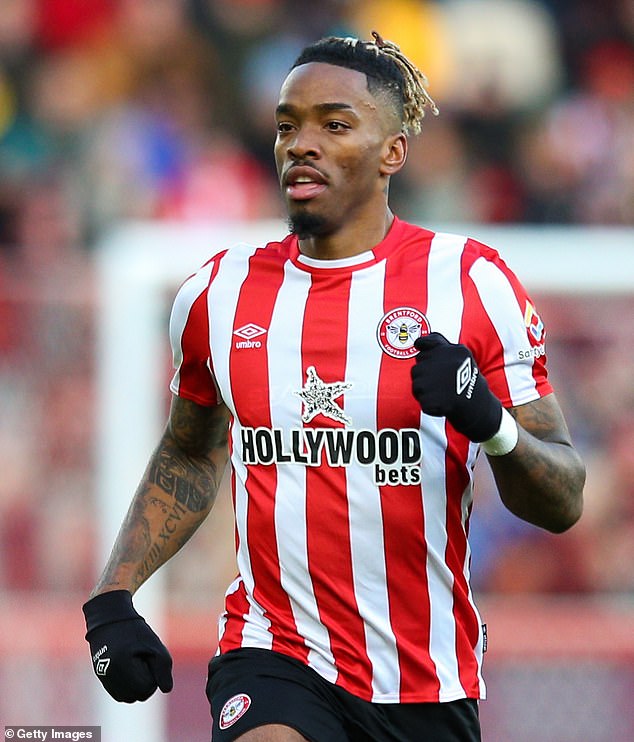