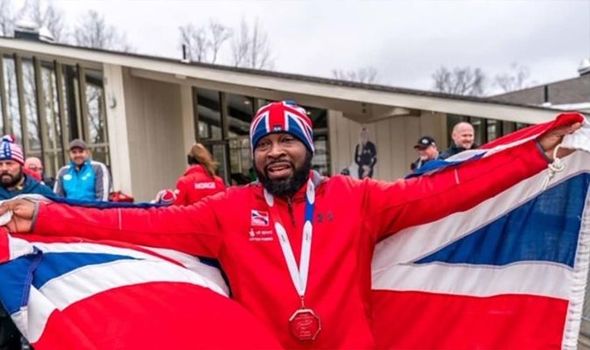 As he hurtled like a cannonball down the track at more than 80mph this week, Corie Mapp expertly guided his bobsleigh through the frictionless chute. It’s a white-knuckle ride that’s over in a minute. “It’s like reading the flight of a ball and aiming for perfection. The more mistakes you make the slower the sled goes,” he explains of the art of the “slide”.

The ability to make subtle adjustments with split-second timing, while remaining calm and in control, was honed during his time as a light tank driver “jumping ditches” in Afghanistan and in The Life Guards, the senior regiment of the Household Cavalry ‑ itself the senior unit of the British Army.

There, Lance Corporal Mapp’s role was to control the large, muscular horses known as Cavalry Blacks on ceremonial duties ‑ despite never having ridden until his arrival in the UK in 2005 at the age of 27.

Displaying a natural horsemanship, within months he became the first Barbadian to take part in Trooping the Colour.

But these days, Mapp is steering that bobsleigh without a vital piece of equipment: his legs. They were amputated below the knee after his armoured vehicle drove over an improvised explosive device in Helmand Province, Afghanistan, in January 2010 just a few months after he was deployed.

His career in the Army ended the instant the Taliban blew him out of his Scimitar tank. He lost one lower leg instantly, while the other had to be amputated below the knee to save his life.

“It was difficult at first,” admits Mapp ‑ who has three daughters aged 18, 16 and 12 with wife Marketha ‑ with stoic understatement.

“I didn’t think I’d be able to be a good dad. I thought I would struggle to function as a man, as a provider. But I want my daughters to see that it’s how you deal with adversity that defines you as a person.”

And how Mapp has dealt with adversity is nothing short of inspirational.

Now 43, he is not only the Para Bobsleigh World Cup winner, last year he became Britain’s first European Champion.

Now he is fighting to get bobsleigh approved as a Paralympic sport for the Winter Olympics in 2026. He has also competed in the Team GB sitting volleyball team and took part in the Invictus Games. 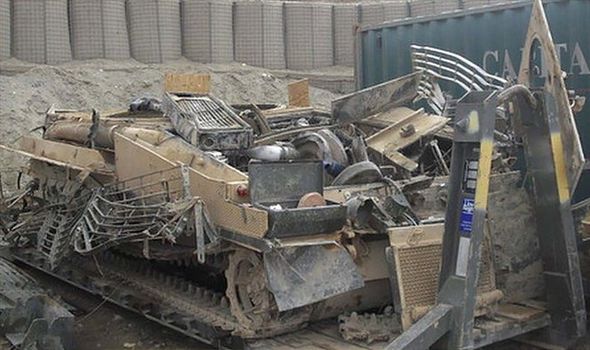 The title of his just-published autobiography, Black Ice, is a nod to his nickname in the sporting community.

He walks well with prosthetic legs but removes them before he takes his seat on the bobsleigh.

“I have to take my legs off to make me as unstable in the sled as the other competitors,” he says.

Being able to control the sled, without the stabilising influence of a pair of fully functioning legs, is a challenge that makes him feel fully alive ‑ robbed as he has been of the vocation that defined him.

“I don’t think anybody grows in a comfort zone,” says Mapp, who is competing this week in the Para Bobsleigh World Cup in Lake Placid, New York.

He could be referring to the lack of snow in Barbados; the fact he had never sat on a horse before arriving in the UK, and that he learnt to swim with horses during the Household Cavalry’s annual trip to the North Norfolk coast ‑ despite the fact he was a poor swimmer on leaving his island nation.

“I’ve always wanted to make myself proud,” he says. “I left school without qualifications and wasn’t the most educated person at school, but I got to pursue my dream of joining the British Army. I was good at following instructions.” 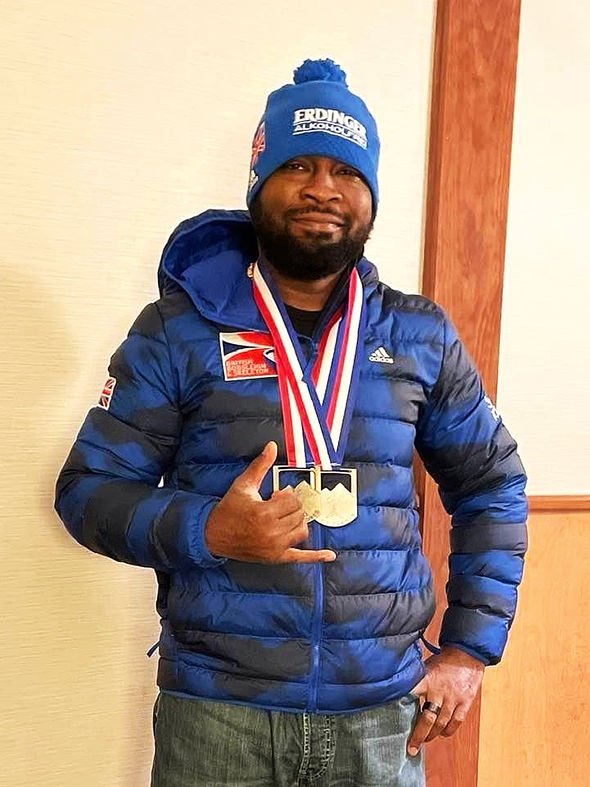 In fact, it’s clear from his book that Mapp was an outstanding soldier who could always be relied on by his superiors.

In the foreword by Barney Wilson, Mapp’s Troop Leader in Afghanistan, he is described as “a superb and courageous soldier” and “an exceptional comrade and friend”.

So much so, that a stunning print of Mapp’s portrait in oils, by former Sapper Paul Phillips, has just been accepted for the collection at the National Army Museum.

That determination was his salvation as he recovered from his life-changing injury.

Mapp was unconscious for the first two weeks, but within a month he was starting to walk on prosthetic legs.

“I was never molly-coddled,” he says proudly. “I was urged to get up and continue to function in the way I had before. Get up. Be a man. Realise you still have a life to live. Be a dad, and go out there and work. Be mentally strong. Are you going to let what happened to you define the rest of your life?”

This positive mental attitude saw Mapp soon competing in athletics and sitting-volleyball for the British Army in the 2013 Warrior Games, and the first two Invictus Games. 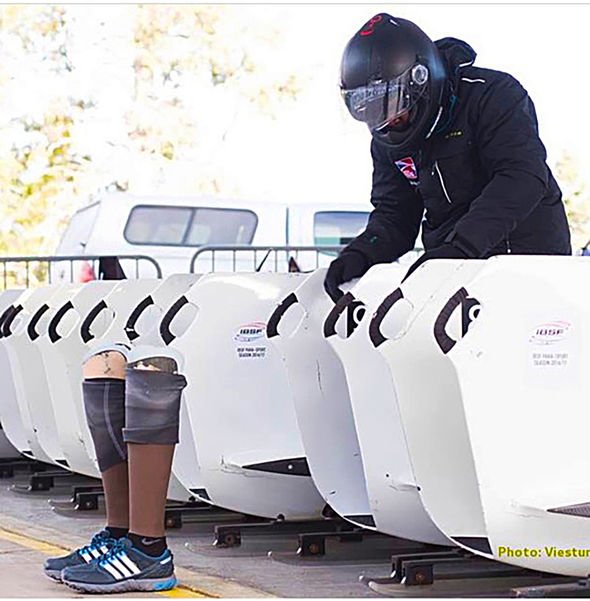 Corie Mapp is forced to leave his prosthetic legs behind before he climbs into his bobsleigh (Image: Collect/Anthony Weldon)

It was in 2012 at the Army’s Surrey rehabilitation centre, Headley Court, that bobsleigh was suggested.

Mapp’s first thought was “no way” ‑ the idea of hurtling down an open-topped ice tunnel was not appealing.

But the rehab guys persisted, emphasising his good hand-eye coordination, and in late- 2013, Mapp set off for a training camp in Calgary, Canada.

There he discovered that the more you steer, the slower you go. “Simply put, the fastest way to travel down a track is on the straightest line, with the minimum of steering.”

He was soon hooked on the huge hit of “exhilaration” the sport offers. He wrote his book to show others that anything is possible, a message that he delivers as a guest speaker at schools.

“When I give a school talk I reach a single classroom, but I wanted to show more kids ‑ perhaps from a similar background to me ‑ that they can be something,” he says.

“If you have the determination to achieve and realise your dreams you can overcome adversity.”

Because he is still overcoming adversity every day. 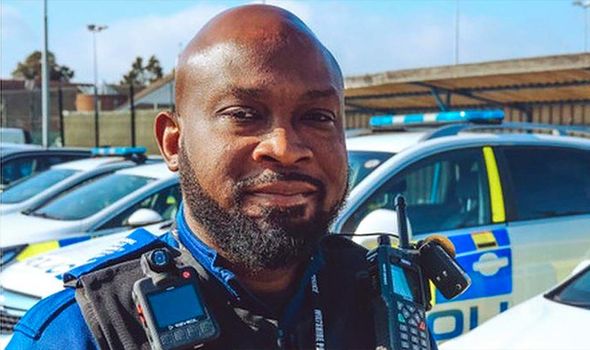 In 2020, Mapp joined Wiltshire Police as a full-time police community support officer and plans to become a regular policeman next year.

Wiltshire Police are hugely supportive of his sports career but there are some days when he can’t leave the house. “I want to be the best person I can be, but I fall, I’m not perfect,” he says quietly.

“A bad day for me is a day I can’t wear my legs. It’s a day I can’t walk my daughter to school, I can’t work, I can’t go to the supermarket or play golf. My job involves a lot of walking. You’ve heard of phantom limb sensation?” he asks.

It’s a condition in which patients experience sensations, whether painful or otherwise, in a limb that no longer exists.

It is thought to occur in at least 80 percent of amputees and is often resistant to treatment. These feelings of pain are very real, as Mapp can attest.

“You get the sensation and then you get the pain. The sensation can be anything from having a massive itch on the bottom of your missing foot.

“The pain is your body trying to tell you that you have a foot when you haven’t, and trying to send messages to that limb.

“It comes on for me when I’m stressed. It can last a minute, a day or a year… you try to manage it with medication as much as you can. I use diet, exercise and a positive mental attitude.

“You can’t tell when it’s going to happen. I trouble-shoot it like a car. I self-assess; I speak to family and friends. I will say I’m having problems and I’ll look for a solution.”

The bobsleigh season runs from October to March and with no track in the UK, that means that Mapp trains abroad.

“Wiltshire Police are giving me the chance of pursuing my dream of being a paralympic athlete. The goal is for our event to be possible at the Games in 2026 and 2030,” says Mapp.

“Sport has been the thing that has helped me remain focused following my injury.

“It’s been a massive part of my recovery process and we are at the beginning of a long road to get the sport recognised.

“Hopefully, the hard work we are doing will pay off. Able-bodied and para, we are one big family who support each other.

“I train with the Canadians and we are like brothers; like a small family. The camaraderie and the brotherhood is there. For me, sport is the recovery tool.”