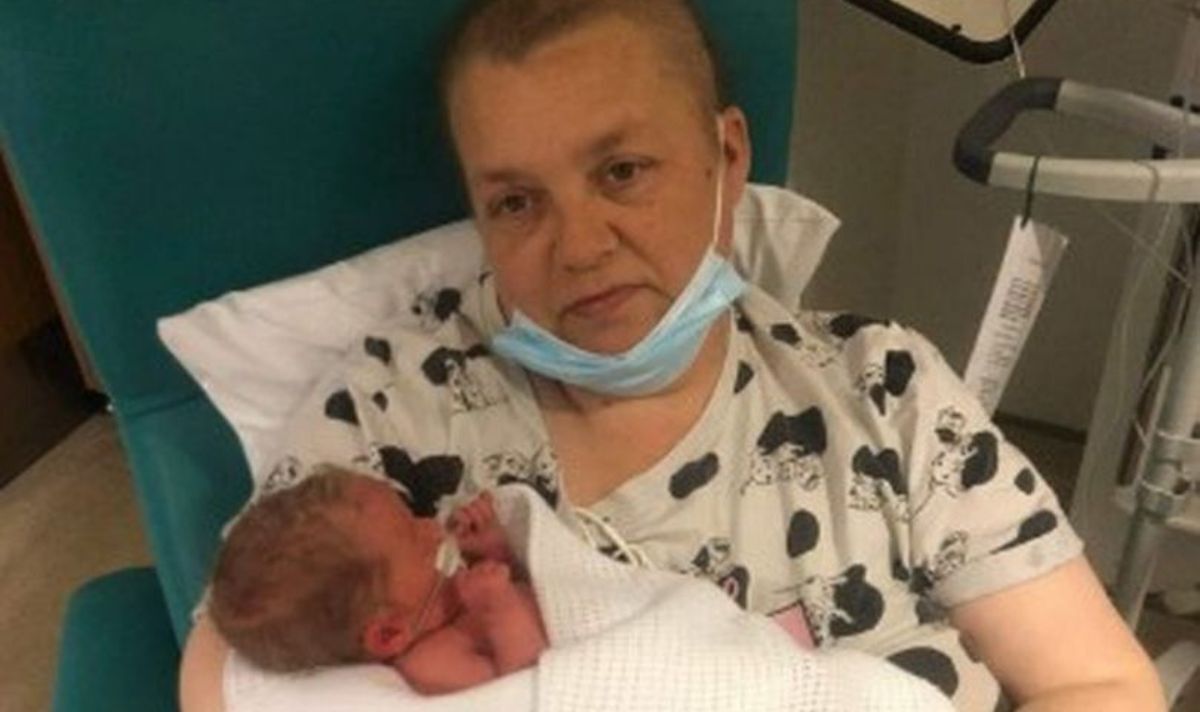 A mum was left devastated after being given just 24 hours to live as doctors diagnosed her with leukaemia. Carrie Dodds-Hallan, 41, from Blackpool, was diagnosed with acute Myeloid Leukaemia in June while expecting her sixth child, LancsLive reports. But Carrie beat the odds, giving birth to her daughter Poppy-May Leia Hallanand on October 3 and marrying her partner Shaun four days later.

Carrie, who was told by concerned medics on June 26 that she may not survive more than a day, is now undergoing tests and getting ready to commence another phase of gruelling chemotherapy.

She said she was “tired, sore but ready to get in and have her chemotherapy, and fight, fight, fight”, according to childhood friend Ben Gayton, who is raising money to help her family.

Ben, also of Blackpool, has vowed to raise money for the family to enjoy Christmas despite the arduous challenges that they face.

Doctors said the mild chemo Carrie had been undergoing during her pregnancy had not worked, and she was now set to start chemotherapy at Blackpool Victoria Hospital.

He said: “Poppy came out really poorly, and Carrie was on a mild chemo, but I was made up when I saw them come home. Carrie calls her her ‘mini lioness’.

“Carrie has just said she’s tired, sore but ready to get in and have her chemotherapy and fight, fight, fight. It’s just such an urgent story, as because of her illness, they’ve had to use all the money and cancel Christmas to put her health first.

“When I saw that, I thought Carrie and those kids and Shaun deserve every moment of happiness they will get. I will walk from Blackpool to Manchester hospital to help them.

“I just want the community to come together. I understand that everything is going up. If everyone in this town put one pound in or 50p; this is a non-profitable walk and every little penny goes to Carrie and those kids, whether it’s £10 or 100 grand, it’s not profitable.”

Carrie told LancsLive in August: “It had attacked my body so quickly. My white blood cells were at 198, so I had to have chemotherapy and a blood wash. Once I had that, [the doctor] said I could have a future and that’s when I started to pick up.”

The 46-mile sponsored walk in aid of Christmas money for Carrie’s children will take place on Saturday, December 10, and will go from Blackpool Victoria Hospital to Manchester Royal Eye Hospital.

Ben said the walk was in order to help her children, adding that “no child should go without at Christmas”. He said: “I’ve been in contact with Carrie to see what her wishes were and it was to have the perfect Christmas due to her ill health.

“Carrie is currently in ill health with cancer at Blackpool hospital and soon to be moved to Manchester hospital, so I thought because of the challenges she is going through we should do our bit.

“I’ll be walking from Blackpool Victoria to Manchester hospital to raise as much money as I can so we can give Carrie, her husband and children a Christmas to remember – we can do it. Please support me and help in any way, thank you.

“I would like to thank all the sponsors including Liam King, of King Custom Performance, the Blackpool Bible, Jordan Dean of Central Tattoos, Wayne Waring of Alpha Car Collections & Recovery and Rob Schofield, RPE Personal Trainer. This is to give the gift of Christmas to Carrie and her family; I’ve called the team Christmas wishes and dreams and I won’t dress up as Santa until the last mile.

“It’s probably one of the biggest challenges I’ve ever done in my life. Am I ready for it? 100 percent.”

To view Ben’s fundraiser to help Carrie Dodds-Hallan and her family, and to contribute, click here.