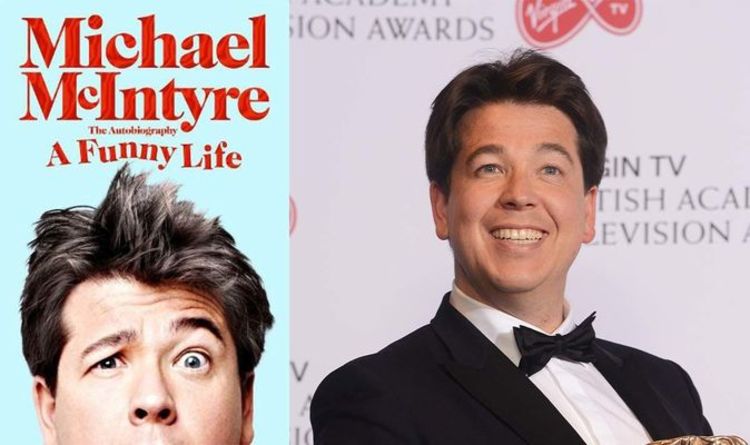 Salvation came from one officer recognising him – “you’re the comedian, the skipping one” – and McIntyre was obliged to perform his skipping routine to the others. It was, he notes, his “first experience of the power of celebrity”.

McIntyre’s route to TV stardom wasn’t easy. Along the way, he was mocked by Johnny Vegas, sacked by Simon Cowell and flopped while hosting the 2009 Baftas when a misjudged routine about weeing went down like skiing champs at Courchevel.

Nice guy Michael is prone to poor decisions. But his comedy, exuberance and family-friendly material have made him BBC1’s Mr Saturday Night, not to mention Britain’s highest-grossing comic.

He had two towers of strength behind him – his level-headed aromatherapist wife Kitty and his spivvy agent, the late Addison Cresswell, by far the most interesting character in the book – cutting deals that would turn Arthur Daley green with envy.

This is his second memoir, the follow-up to 2010’s Life & Laughing. It ends triumphantly in 2017 when McIntyre’s Big Show outrated Cowell’s The X Factor and beat it to scoop a Bafta. It’s part two of a series, he jokes, with the final volume to be called Barely Alive & Dribbling.