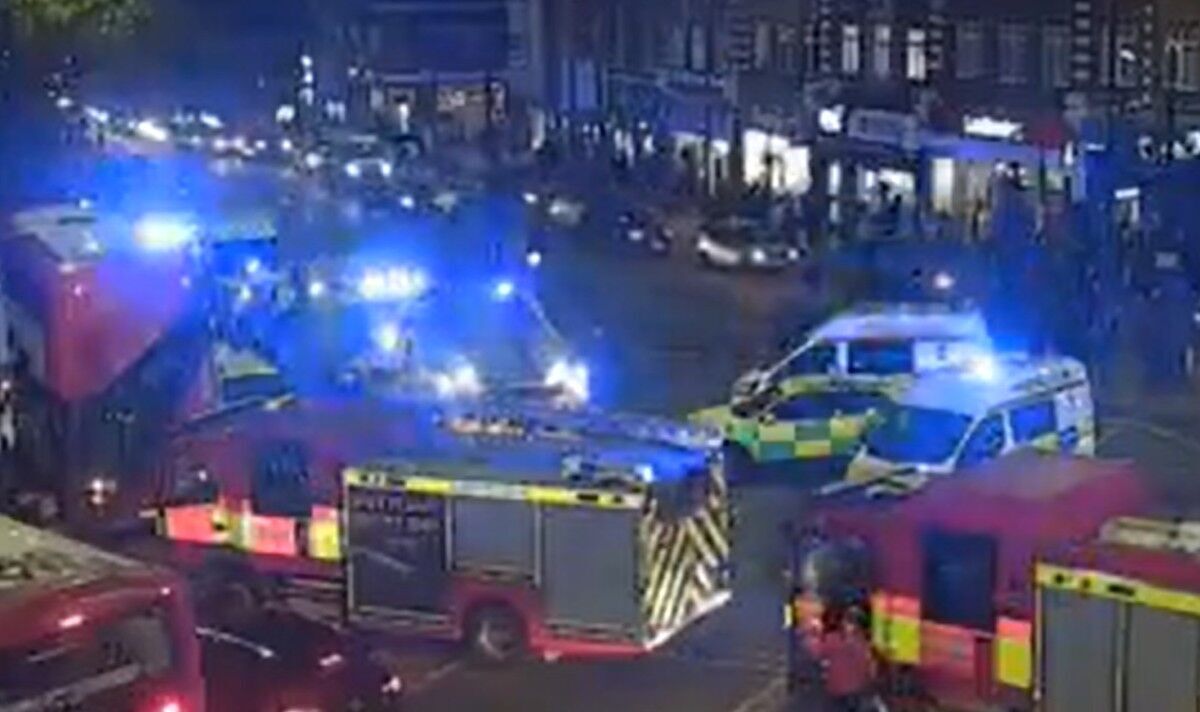 A teenager is fighting for her life in hospital after a huge crash in East London caused both directions to close during rush hour. Videos showed emergency services including police cars, firefighters and a number of ambulances at the scene in Stamford Hill. Another girl, believed to be 14, was also hurt in the accident.

A Metropolitan Police spokesperson told MyLondon: “Officers were called at 5.02pm on Monday, October 31 to reports that a bus collided with two pedestrians at the junction of Amhurst Park and Stamford Hill, N16.

“Officers attended along with the London Ambulance Service and London’s Air Ambulance. They were supported by paramedics from Hatzola. The pedestrians, two girls believed to be aged 14, were taken to hospital. One of the girls suffered life-threatening injuries. Their next of kin have been informed. The driver of the bus stopped at the scene.”

A London Ambulance Service spokesperson added: “We were called at 5.11pm today (October 31) to reports of an incident at Stamford Hill, N16.

“We sent a number of resources to the scene including an ambulance crew, a medic in a fast response car and an incident response officer. We also dispatched London’s Air Ambulance by car. Two people were treated at the scene. We took one to a major trauma centre as a priority and one was taken to hospital by a Hatzola ambulance crew.”

There have been no arrests and enquiries are ongoing.

Anyone with information about what happened is asked to call 101 quoting CAD 5780/31Oct.

Traffic data company Inrix is reporting: “A10 Stamford Hill in both directions closed, queueing traffic due to accident between A107 Amhurst Park and Egerton Road.”

The Mayor of Hackney has extended his thoughts to the victims of the incident. He tweeted: “Awful to hear about this accident tonight in Stamford Hill, first thoughts with those injured in the accident and all those from the community and emergency services who went to help them.”

Two people were treated at the scene, while one was taken to a major trauma centre and another to hospital.

The A10 remained closed in both directions during rush hour as police and ambulances rushed to the scene.

Fire engines were also seen as the street was cordoned off.

A motorcyclist was one of those injured in the accident which involved a bus.