Lionel Messi was taken off at half-time in Paris Saint-Germain‘s clash against Lille yesterday as a ‘precaution’, boss Mauricio Pochettino revealed.

The superstar visibly struggled during the first half and failed to make an impact, but his substitution during the interval led to supporters airing their confusion.

PSG mounted a superb late comeback after falling behind with Messi on the field, with Marquinhos levelling and Angel di Maria scoring just two minutes from time. 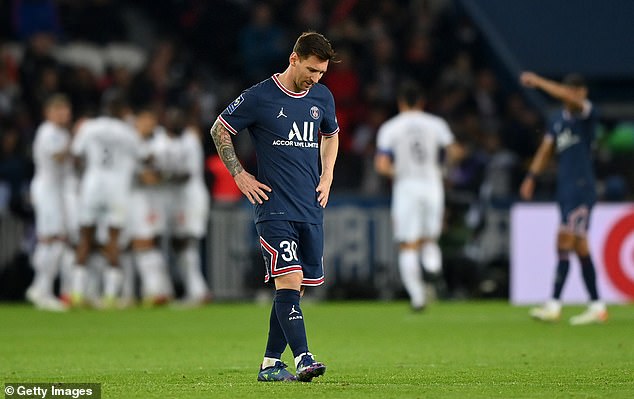 Lionel Messi was taken off as a ‘precaution’ in PSG’s win over Lille, Mauricio Pochettino insists

Asked about his decision to take off the former Barcelona man, Pochettino told Amazon Prime: ‘We have to wait. We spoke with the doctor. It’s a precaution.

‘He couldn’t go on, but it’s not a big issue. He will be available for the next game.’

Lille, the reigning Ligue 1 champions, took a deserved lead through Jonathan David – while Messi, fielded as a false nine, and his team-mates were toothless in attack. 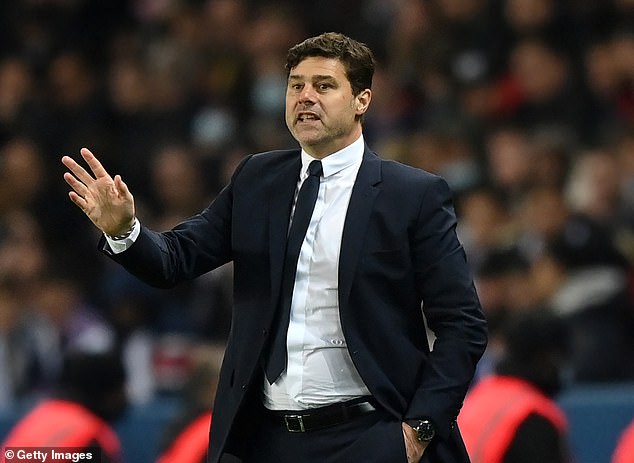 Boss Pochettino has also played down fears the setback is long-term, with Messi still available 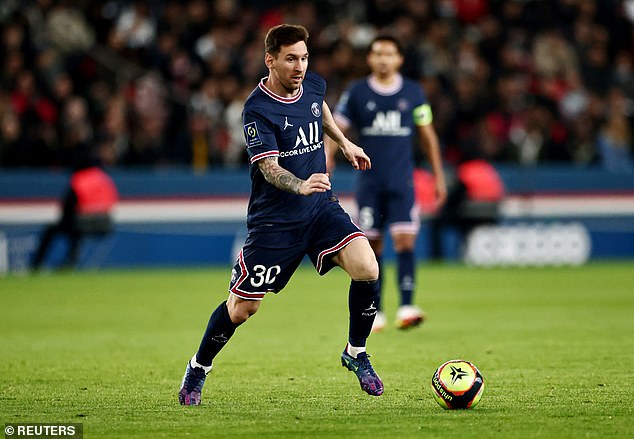 Messi struggled to make an impact during his first-half cameo, and was taken off at the break

There were concerns raised about whether the six-time Ballon d’Or winner would have been able to feature, after he missed PSG’s training session on Thursday.

However, he was deemed fit enough to play by Pochettino, a decision which looks to have backfired. Throughout his cameo, Messi was seen feeling the back of his leg.

It is not currently clear whether he will be in action against RB Leipzig in the Champions League next week, although his manager is bullish about his chances.

All eyes have been on Messi since he left his boyhood club Barcelona to join PSG in a dramatic summer move – but he has failed to hit the ground running. 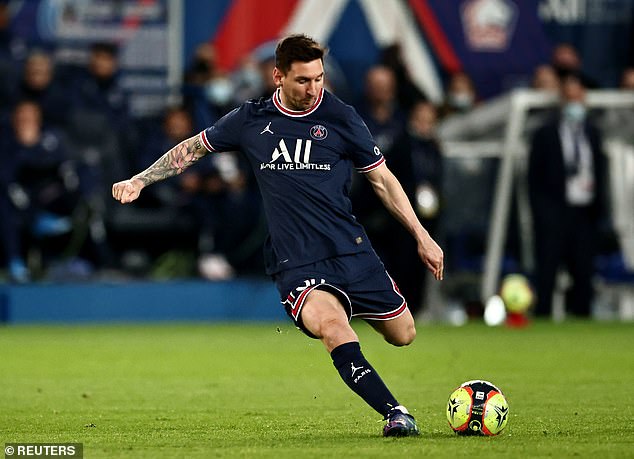 His blank against Lille condemned him to a fifth straight league game without a goal, and his only strikes for his new club so far have come in Europe.

But his patchy form has not derailed his side’s bid to regain the top-flight title, with the late victory yesterday seeing them open a 10-point gap at the summit.

Mauro Icardi was brought on in the injured Messi’s place, and Pochettino was also quizzed on whether he believed the change suited his side better.

‘I don’t think that was the problem in the first half,’ the manager added. ‘It’s just that Lille knows us well. 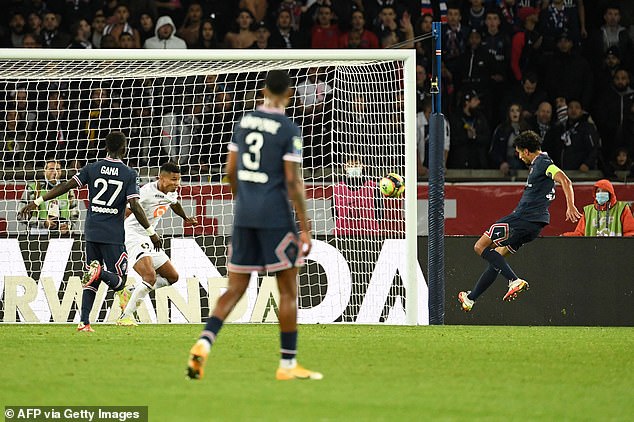 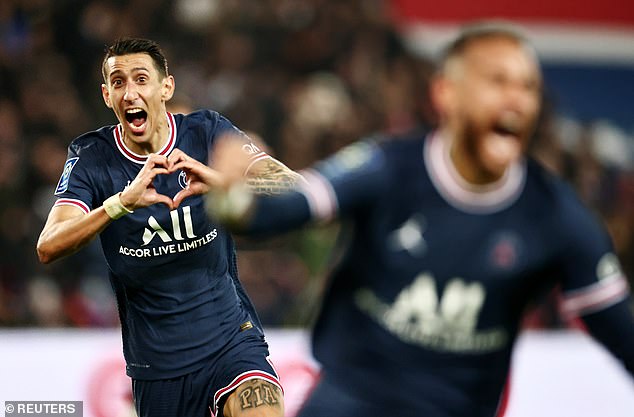 Angel di Maria (left) netted the winner, ensuring the hosts now have a 10-point lead at the top

‘We weren’t good enough to feed our offensive players and have control of the game. But I don’t think it’s a single player or a position that changes everything.

‘Overall I think we deserved to win. It’s an option to play, to find different ways to play. We can adapt to this system. But it’s good to be flexible.

‘Sometimes the starting plan doesn’t work and I’m happy to have that option for players with different characteristics. But we have to keep working on it.’