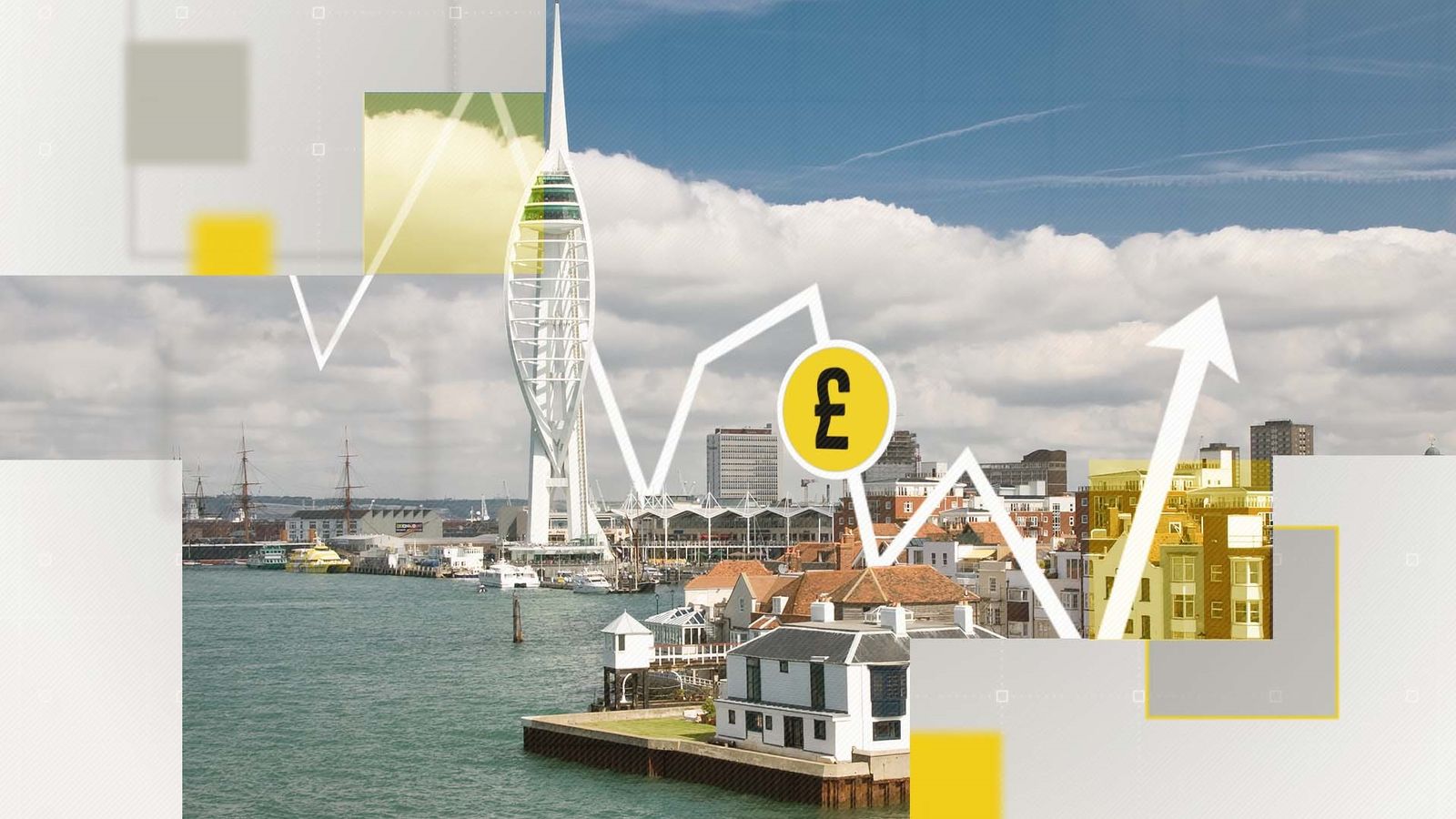 It’s been two years since this government was elected with a mandate to level up the left-behind parts of the UK.

Now that the first round of the Levelling-Up Fund has been allocated, we can start to judge whether it will achieve what Boris Johnson set out to do.

But while much has been made of whether the government has used the funding to strengthen its hold of the seats it gained in 2019, there’s been little scrutiny of its central goal: investing in the places, projects and people that need it most.

New Sky News analysis will do just that.

In a series of three articles we will look at how effectively the money is being targeted at the forgotten parts of the UK, how the pandemic has changed the long-term picture of deprivation, and if enough is being done to undo the damage from austerity.

So, is the money going to the places that need it most?

Sky News analysis has found the majority of the funding is going to the most deprived parts of the UK. But many areas in need missed out in the first round.

While more than half of the first-round money was allocated to the 25% of local authorities most in need of levelling up, according to the Institute for Fiscal Studies’ (IFS) left-behind index, only two in five top-priority areas won funding.

However, it’s not just about allocating money to the most deprived local authorities.

For levelling up to happen, this investment needs to be channelled into the types of projects that will improve the lives of the people who are struggling most.

So, is this happening?

Wirral is one of the areas in the North West that got first-round funding. It received £20m ringfenced for the transformation of the Woodside waterfront area, and a further £80m over the past two years for regeneration and growth.

Alan Evans, director of regeneration and place at Wirral Council, says that the money will revive the town centre by removing the “concrete collar” separating the waterfront area from central Birkenhead, and by creating new public spaces and affordable housing.

This fits with the remit of the funding, which was intended for the areas most in need of economic growth, regeneration and improved transport connectivity.

The majority of successful first-round bids are infrastructure projects like the Waterside development. More than half the funding is being spent on regeneration and town centre investment, with transport projects also receiving around a third of the money.

While infrastructure is an important part of the levelling-up puzzle, some argue there is not enough emphasis on the skills investment needed to unlock these opportunities – although, this may change in later funding rounds.

Professor Graeme Atherton, head of the Centre for Levelling Up at the University of West London, says we need to balance spending on physical infrastructure with investment in skills and training.

“It’s great having a new train station or rail infrastructure in your area, but you can only benefit from that if you have the resources to participate in that new travel arrangement,” he says.

He adds that it’s not just a question of giving money to the most in-need local authorities, but ensuring that spending is targeted at deprived communities within these areas.

The need to target specific communities can be seen in places like Prenton in Wirral. Here, an area among the most deprived 10% in England borders one in the 10% most affluent.

Mr Evans says it is difficult to target specific communities with limited resources and so Wirral Council is prioritising the facilities that can benefit everyone.

“There is a finite amount of money that comes out of government,” he says. “Levelling up will only go so far.”

Graeme Duncan, chief executive of Right to Succeed, a charity that runs projects to improve opportunities for young people and children in North Birkenhead, believes that the government needs to rethink its approach.

“There is more than enough resource going to these communities, but it comes from all different directions, with different prerequisites,” he says.

Which areas are being levelled up?

Located in the North West of England, Wirral is one of the areas you would expect to receive funding.

But there is a growing awareness that levelling up is not just a question of closing the gap between the North and South, but also about addressing the divide between neighbouring communities.

This is why money was targeted at areas in all parts of the country, including the South East, which has pockets of deprivation as well as affluence.

Portsmouth is one of the places in the region to receive funding – £20m for projects such as maintaining the Hilsea Lido and transforming its International Port to bring in more cruise boats.

However, Gerald Vernon-Jackson CBE, chair of the Culture, Tourism and Sport Board at the Local Government Association and a Lib Dem councillor at Portsmouth City Council, says that “crude regionalism” is still driving a lot of policy decisions.

He adds that while these projects will be “transformative” and create hundreds of new jobs, much more needs to be done.

“Government just needs to be a bit smarter at understanding that deprivation is not just this idea at an enormous regional level, you actually need to look at it in much more detail,” he says. “Money is always a problem, but we’ve now cut so far that lots of stuff that would be enormously helpful in driving economic change isn’t available.”

In the third article of this series we’ll discuss the impact of austerity, but first we’ll take a look tomorrow at how COVID has changed the calculations when it comes to levelling up.

The Data and Forensics team is a multi-skilled unit dedicated to providing transparent journalism from Sky News. We gather, analyse and visualise data to tell data-driven stories. We combine traditional reporting skills with advanced analysis of satellite images, social media and other open source information. Through multimedia storytelling we aim to better explain the world while also showing how our journalism is done.