Jurgen Klopp is convinced Mohamed Salah will play at the highest level for many years and has reiterated his belief that there are no worries about his top scorer’s future.

Liverpool tackle Arsenal in the first leg of their rearranged Carabao Cup semi-final and Klopp is ‘desperate’ to take his team back to Wembley for the first time since they were beaten in the final of the same competition by Manchester City in 2016.

It is a significant assignment for Liverpool, who have lost ground on City in the title race, but has been overshadowed by the latest chapter in the long-running saga of Salah’s desire to get a new contract. 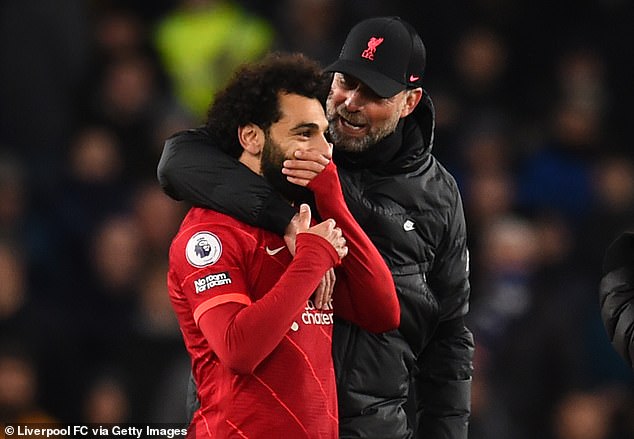 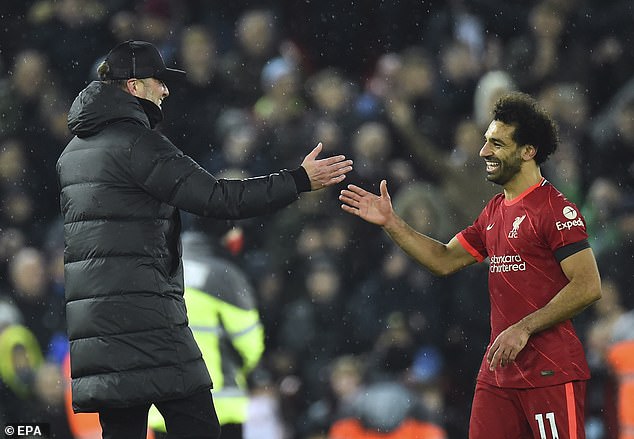 He stressed in an interview with GQ that he is not looking for ‘crazy stuff’.

Klopp is aware of the growing interest about whether Liverpool will extend the Egyptian’s deal beyond 2023.

Salah will be 31 in summer 2023 but his manager is adamant he can match the longevity of Cristiano Ronaldo and Lionel Messi and play deep into this decade. 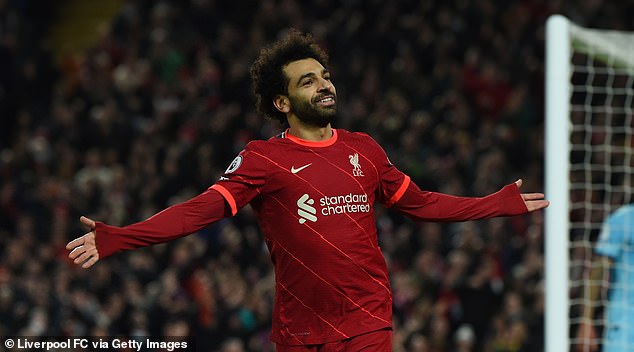 ‘It’s his character,’ said Klopp. ‘It is his determination, the way he trains, his attitude, work-rate. It’s incredible. First in, last out, doing the right stuff. You can do some not-so-good things when you spend so long in the gym and the training ground, but he knows his body, he knows what to do.

Asked why it was taking so long to resolve the impasse – Salah first made noises about a new contract in December 2020 – Klopp replied: ‘Things take time. There are so many things you have to do and, by the way, there is a third party. The agent is there as well.

‘But there’s nothing to worry about. Mo has a contract here until next season. It’s just the situation. All fine, not done, but we had talks. He’s world class, an unbelievable player who did a lot of great stuff for Liverpool. Of course we want to keep him.’ 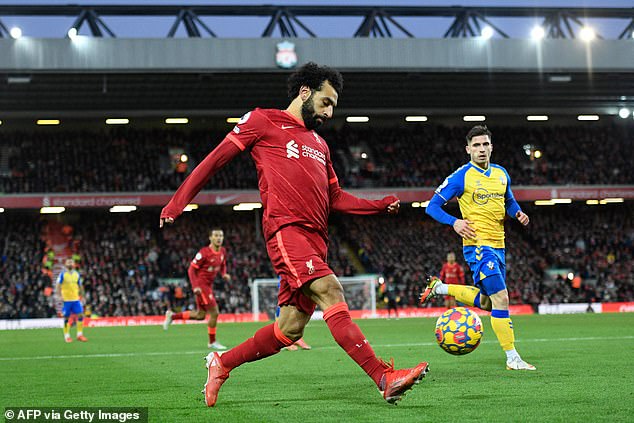 Klopp emphatically backed Salah, 29, to maintain his current standard well into his 30s

Klopp is considering playing first-choice goalkeeper Alisson Becker on Thursday. This might be an unloved competition but the manager came alive when he was pressed on his determination to take Liverpool all the way.

This could be the club’s best chance of winning a trophy this season, even though Klopp does not see it that way.

‘We always wanted to do well in this competition,’ said Klopp. ‘There is a complete misunderstanding. We are here to win trophies and and we are quite determined to get through, but there is a big hurdle in Arsenal in really good shape. If anyone thinks we don’t want to win, I can’t help it. We try every day.’