Jose Mourinho was left in a fit of rage after his Roma side’s 3-0 collapse against Inter Milan, before taking out his fury on reporters.

Goals from Hakan Calhanoglu, Edin Dzeko and Denzel Dumfries saw the Italian champions storm into their eventual winning margin after just 39 minutes inside a stunned Stadio Olimpico in their Serie A encounter.

The defeat follows a 1-0 loss at Bologna on Wednesday and leaves Mourinho’s side fifth in the table but nine points off a Champions League place. 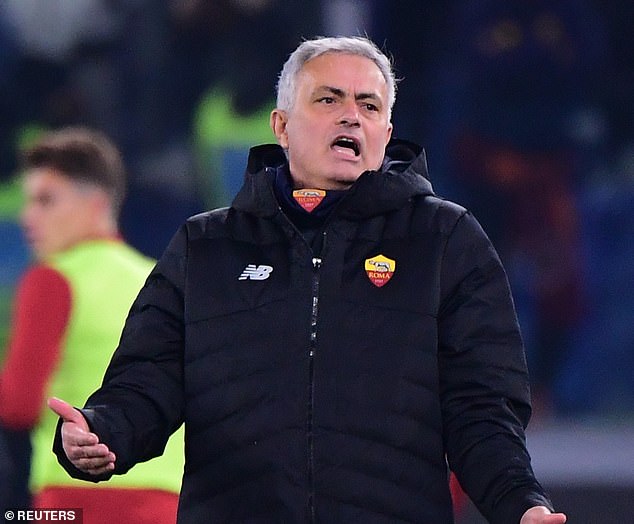 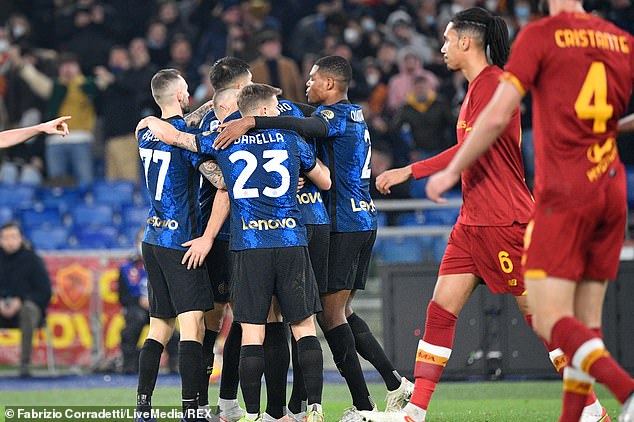 When sitting down to conduct his press conference, he refused to take a question from a journalist.

The ex-Chelsea, Manchester United and Tottenham boss then told them: ‘Your job is a lot easier than ours which is why we earn a lot more than you’.

Still irritated by the previous line of questioning, and from his side’s result, he refused to answer any more questions.

Instead the 58-year-old closed by defending his team as facing a far superior outfit on the night, and how they could taken chances while the match was still goalless. 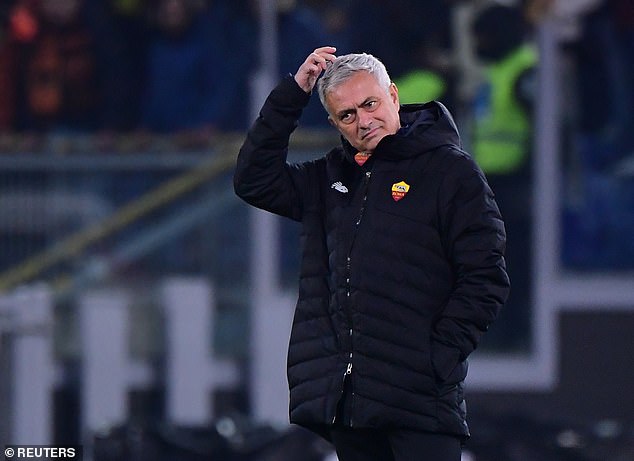 ‘Inter are better than us on a good day. Inter are objectively better than us. This became an extremely difficult match tonight because of absentees,’ he added.

‘They finished 29 points above us last season. We had three big chances, two of which came at 0-0.

Mourinho only took charge in the Italian capital during the summer having been sacked at Spurs in April, and has so far endured a mixed start on his return to Italy.

He had previously been in charge at Inter Milan where in 2010 he guided them to a treble including the Champions League trophy before leaving for Real Madrid. 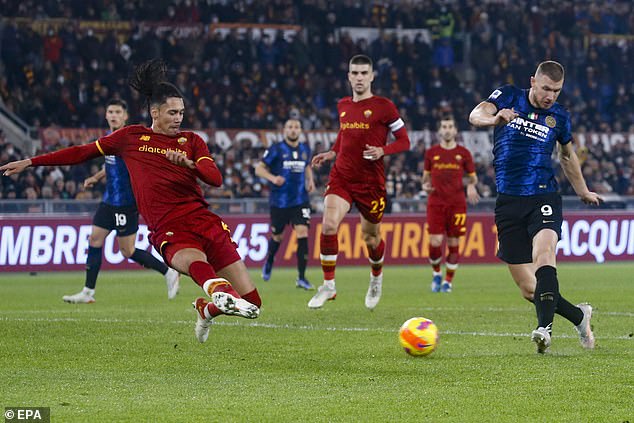 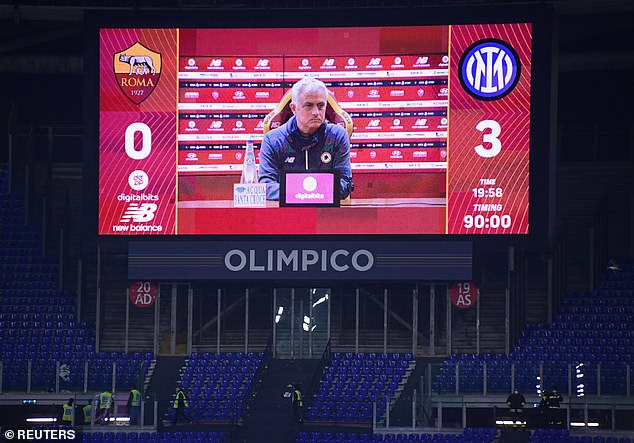 his first meeting with them as an opposing coach ended with the second Serie A home defeat of his career in his 46th match – the other coming against AC Milan in October.

The Portuguese pointed to his side’s absentees, who included the suspended Tammy Abraham and Rick Karsdorp and injured captain Lorenzo Pellegrini, after a comprehensive defeat.

The Nerazzurri dominated at the Stadio Olimpico as Calhanoglu struck the opener directly from a corner after 15 minutes before Dzeko doubled the lead nine minutes later against the team he left in the close season.

Dumfries headed home a deserved third for the Milanese club six minutes before the break as Inter stormed to a fourth consecutive league win.