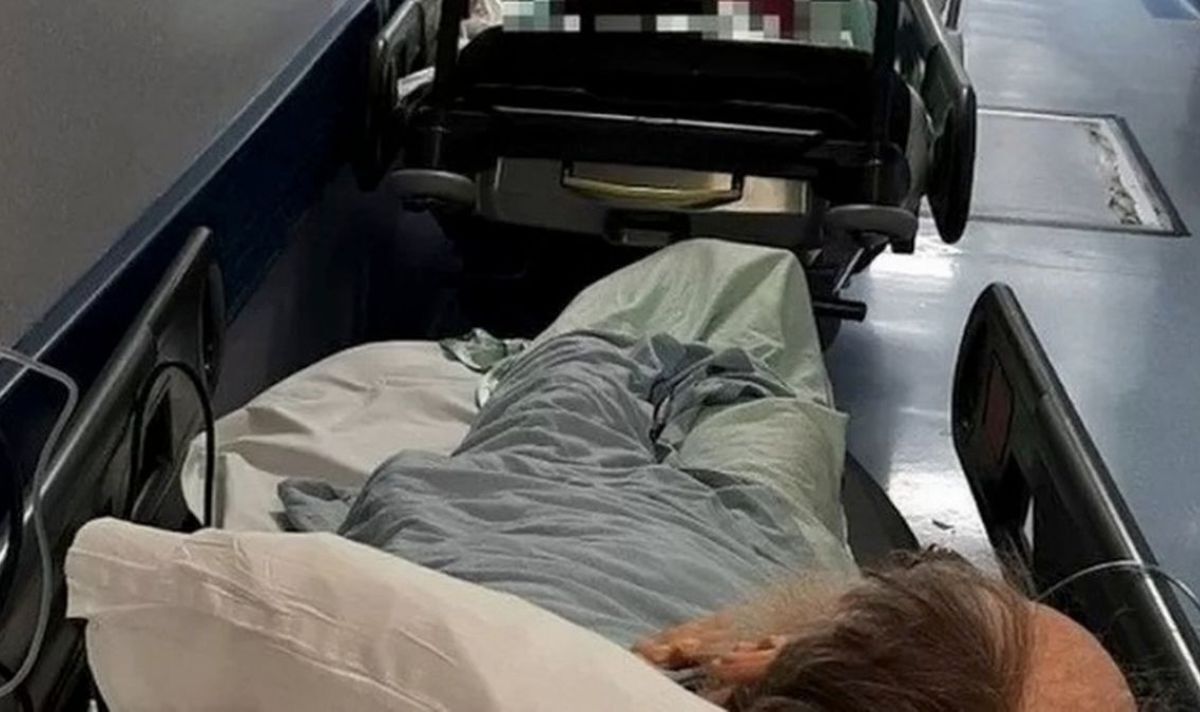 A World War Two veteran was forced to spend 26 hours on an accident and emergency trolley waiting for a bed. Stanley Solomons, 95, was admitted to hospital on Sunday after staff at his nursing home became worried about his health. He was seen by A&E medics at Queen’s Medical Centre in Nottingham but was not given a bed on a ward until Monday afternoon.

Stanley’s daughter Rachael Ellis stayed by his side as he endured the 26-hour wait on a trolley in the hospital corridor.

Sadly, it is the second time in three years that the war hero, originally from London’s East End, has endured an A&E wait.

The Mirror revealed in 2019 how Stanley was forced to wait 12 hours to be seen by a doctor at the Leicester Royal Infirmary.

His daughter Rachael, a retired social worker, said after his most recent wait that the blame lies with the government for not putting more funding into the NHS.

“Until we get a government that prioritises peoples’ health and social care, this sort of thing will keep on happening,” she told the Mirror.

Rachael, a Labour councillor, said she was “shocked” at the number of people waiting for beds at the QMC.

But she praised “heroic” NHS staff for doing everything they could in an “impossible situation”.

Stanley trained at the ­codebreakers’ HQ Bletchley Park during World War Two and served with the RAF at a listening station in Hong Kong.

The well known veteran later became a teacher and studied for a PhD in retirement.

He remains in hospital but his condition is improving. He is hoping to be discharged back to his care home in the coming days.

Rachael said he was “confused” by the delays but “had a smile on his face” when he finally got onto a ward.

She said: “When I saw all the people waiting on trolleys, I was shocked. You hear about these things but to see it is another thing entirely. They were lined up in any space they could find. I saw another corridor which was packed with more patients and paramedics. These were people who had come by ambulance and were waiting to be admitted.

“I was told the paramedics had not been able to hand the patients over. I was horrified.”

Rachael said her dad was treated in the corridor and was put on an antibiotic drip.

“The heroic staff were amazing – they were run ragged. They just kept going. I was amazed at their stamina,” she said. The staff have been brilliant. You talk to them and they are really worried. Even the cleaner was helping out. Everyone is pulling together and doing their best but the situation is dire.”

She said: “We sincerely apologise to Mr Solomons and his family for the delay he has faced being transferred to a ward “This is not the service we aim to provide our patients with. Our staff are working incredibly hard to offer the best care. We continue to work with our partners to discharge patients no longer needing an acute hospital bed.”