Morgan Sanson couldn’t contain his rage when No 8 number flashed up on the electronic board at Villa Park, hoofing some drinks towards his own supporters.

The Frenchman’s carelessness ceded possession to Fred and set United away for Bruno Fernandes‘ second on 67 minutes, before Steven Gerrard replaced him with Philippe Coutinho moments later.

Seething he didn’t get the chance to make up for his error, Sanson took his frustration out on pitch-side paraphernalia as his team-mates watched on – with a couple of bottles flying into the Villa Park crowd. 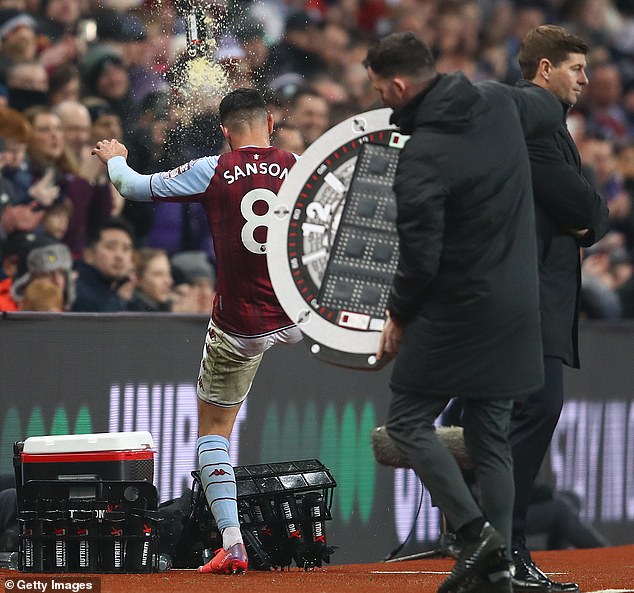 Coutinho would go onto tap in the equaliser as Villa surged back for a point, and Sanson’s frustration didn’t last.

The £15.5 January 2021 signing wrote on Twitter: ‘Sorry for the second goal that I cost but especially big apologies for the bad reaction I had with the bottle that landed in the crowd. Of course it wasn’t voluntary

‘Obviously it was due to my immense frustration at leaving the team at 2-0! I really wanted to apologise to everyone for that. Now back to work and head up! Thank you all for the support.’

Gerrard certainly wasn’t always cool-headed No 8 during his own playing days, and was understanding of Sanson’s explanation. 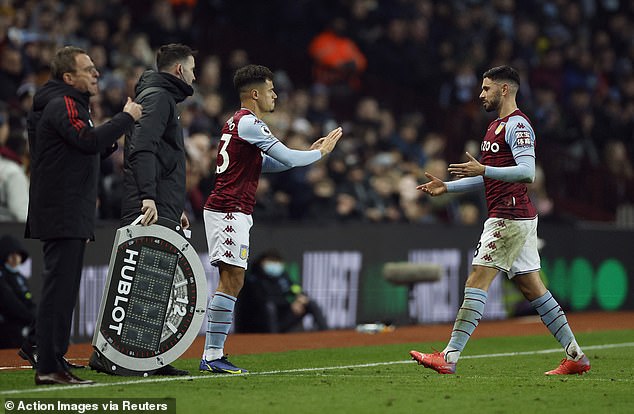 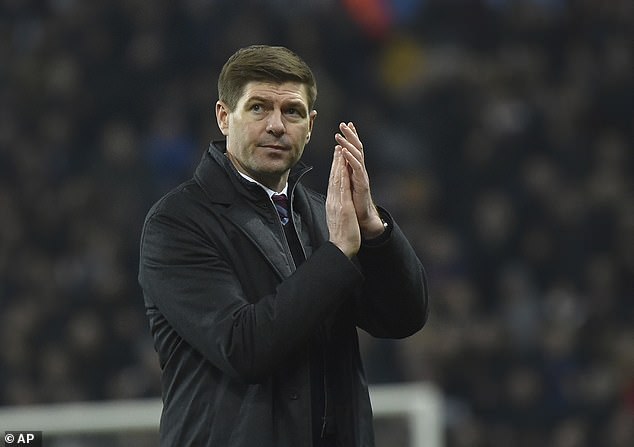 ‘In terms of Morgan, I asked Morgan the question after the game: was the frustration at me or at you making an individual error,’ the Villa boss said.

‘He assured me it was over the individual error. I’m OK with that. I’m OK with the mistakes in my team because the players are trying to do the right things.

‘We’ve all made them throughout our careers so, I’ll never point a finger at a player making a mistake trying to do the right thing.

‘I would have had an issue if that was on the back of the decision and the reaction because you need to respect the person that’s coming on the side and he assured me it was absolutely nothing to do with that so it wasn’t an issue.’

Sanson will also have been frustrated at underperforming on only his second start of the season, having missed the start of 2021-22 with injury and illness.