On 20 February 1927, a couple from the Bahamas welcomed a baby boy – prematurely – while on holiday in Miami, Florida.

Some 37 years later, Sidney Poitier would be the first black man to win an Academy Award (Oscar) for best actor, for his performance in Lilies Of The Field.

It was the same year segregation in schools, public places or jobs in America was ended – but before other parts of society.

Poitier was known for his powerful performances and also using his platform to represent black excellence. 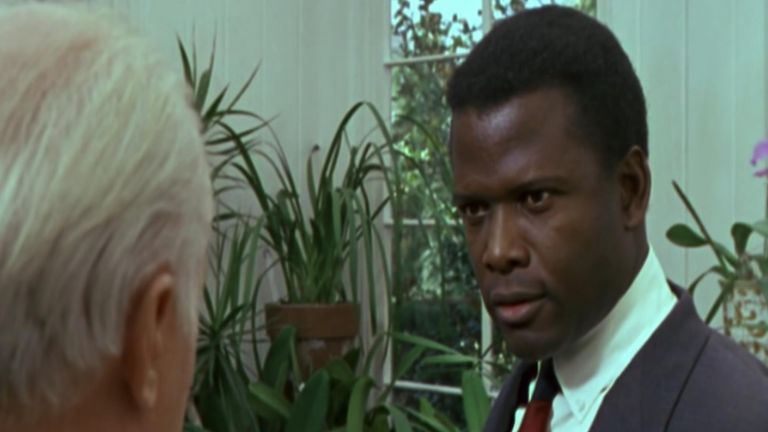 Early life and growing up

Born prematurely, Poitier’s parents returned to the Bahamas to raise their son.

He grew up on his father’s tomato farm on Cat Island, and the family then relocated to the capital, Nassau.

In his teenage years he returned to the US, where he joined the army and served for a time in a medical unit.

He ended up in New York City, where he became enamoured with the performing arts.

A start in acting

Drawn to the stage and the bright lights, Poitier applied to American Negro Theatre but was rejected due to his accent.

After practising sounding American for months, he was accepted and made his Broadway debut in 1946 in Lysistrata.

Four years later he was on the silver screen in No Way Out. In 1951 he appeared in Cry, The Beloved Country, a British film set in South Africa.

In 1955 he drew greater recognition with the 1955 drama Blackboard before his breakout role in 1958 in The Defiant Ones, opposite Tony Curtis.

Both Poitier and Curtis were nominated – unsuccessfully – for a best actor Oscar for The Defiant Ones.

High profile roles started arriving thick and fast for Poitier – but he was careful about how he appeared.

Speaking about his time in acting in 1967, he said: “The kind of negro played on the screen was always negative, buffoons, clowns, shuffling butlers, really misfits. This was the background when I came along 20 years ago and I chose not to be a party to the stereotyping.

“I want people to feel when they leave the theatre that life and human beings are worthwhile,” he added. “That is my only philosophy about the pictures I do.”

In 1964 he won the best actor Oscar for Lilies in the Field – and remained the only black man to receive the award until Denzel Washington in 2002.

Later life and other ventures

The same year Washington won his Oscar, Poitier received an honourary Academy Award “in recognition of his remarkable accomplishments as an artist and as a human”.

He then moved into directing, although he did still occasionally act.

Over the course of his career he won two Golden Globe awards, including a lifetime achievement honour in 1982; A Grammy for narrating his autobiography; and was awarded the Presidential Medal of Freedom in 2009.

In 1974, the Bahamian prime minister recommended Poitier become a knight of the British Empire for his “outstanding contribution to the arts as an actor”, and that “through his films and by virtue of his affable personality, used every opportunity to promote good race relations”.

This was approved by the UK prime minister and Queen Elizabeth II.

Poitier is survived by his wife, Joanna Shimkus, a retired actress from Canada; and six daughters: two – Anika and Sydney Tamiaa – with Shimkus; and four – Beverly, Pamela, Sherri and Gina – with his first wife, Juanita Hardy. Poitier also has eight grandchildren and three great-grandchildren.