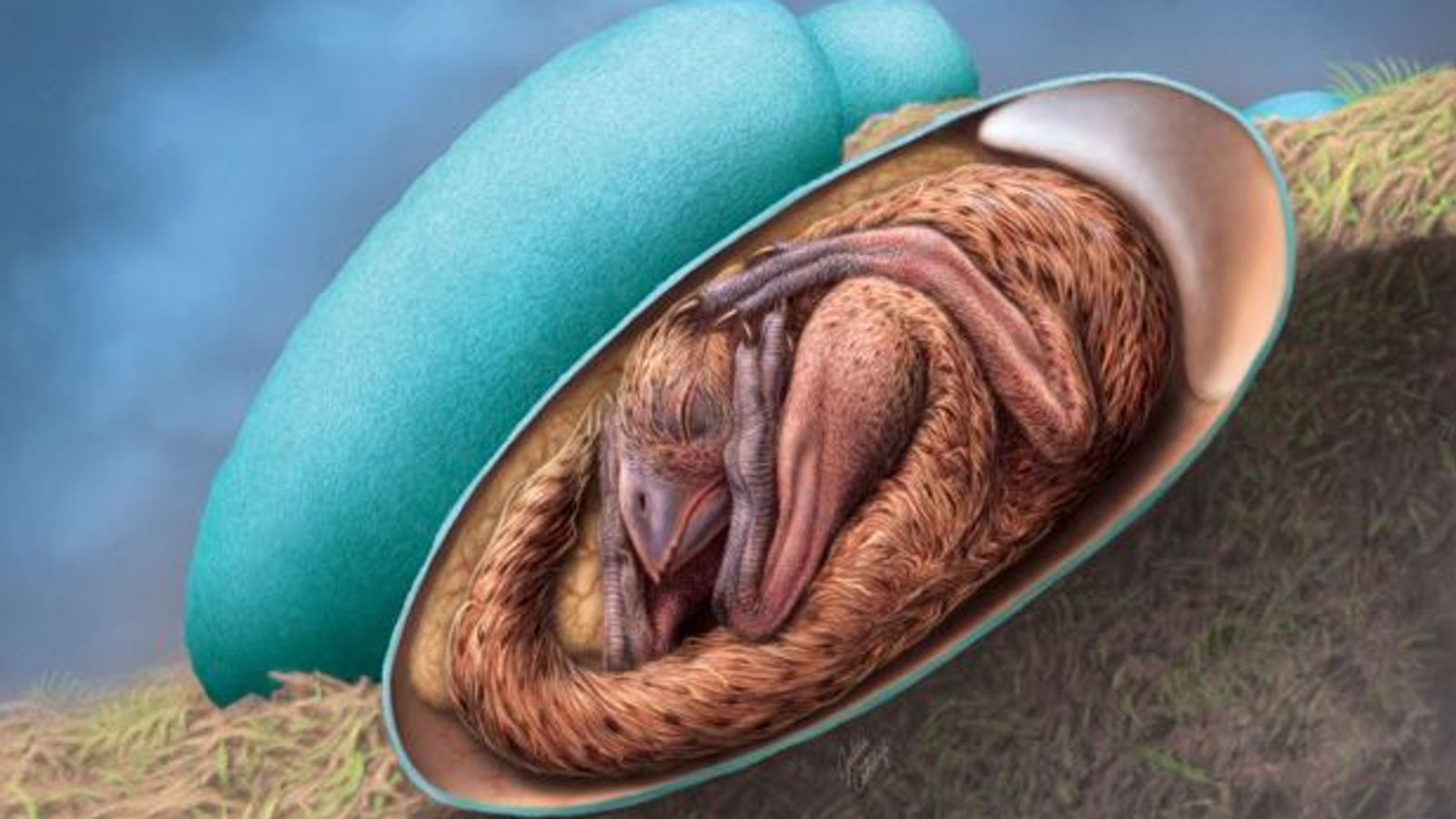 An “exquisitely preserved” embryo has been found inside a fossilised dinosaur egg.

The discovery, dubbed “Baby Yingliang”, is believed to be between 66 and 72 million years old, and was found in the Late Cretaceous rocks of Ganzhou in southern China.

Professor Steve Brusatte from the University of Edinburgh, part of the research team, said: “This dinosaur embryo inside its egg is one of the most beautiful fossils I have ever seen.

“This little prenatal dinosaur looks just like a baby bird curled in its egg, which is yet more evidence that many features characteristic of today’s birds first evolved in their dinosaur ancestors.”

The way Baby Yingliang was found is unique among dinosaur embryos and is similar to that of modern birds – the head lies below the body with feet on either side and back curled along the blunt end of the egg.

In modern birds, such postures are reminiscent of “tucking”, a behaviour controlled by the central nervous system and critical for hatching success.

The find suggests dinosaurs developed bird-like postures before they hatched.

Fion Waisum Ma, the joint first author and PhD researcher at the University of Birmingham, said: “Dinosaur embryos are some of the rarest fossils and most of them are incomplete with the bones dislocated.

“We are very excited about the discovery of “Baby Yingliang” – it is preserved in a great condition and helps us answer a lot of questions about dinosaur growth and reproduction with it.

“It is interesting to see this dinosaur embryo and a chicken embryo pose in a similar way inside the egg, which possibly indicates similar prehatching behaviours.”