Twitter’s new verification model appears to have backfired after a number of distasteful posts from the seemingly official accounts of famous figures.

Previously, the blue tick symbol was reserved for accounts Twitter had vetted and determined to be genuine.

But following his takeover, Elon Musk announced that anyone would be able to purchase a tick for $8.00-per-month in the US, and £6.99 in the UK, as part of the Twitter Blue service.

Now the social media site is awash with accounts pretending to be brands, celebrities and politicians.

Another account claiming to be Nintendo posted a picture of Super Mario making an offensive gesture, while another purporting to be OJ Simpson tweeted: “Ya I’m ngl I did that s***”.

Another from a user posing as basketball megastar LeBron James said he was “officially requesting a trade”.

And even Twitter was not immune from the chaos, with someone mimicking the firm’s corporate account apparently convincing many it was genuine.

Many of the accounts were subsequently suspended, while others which identified themselves as a “parody” remained.

Until now, the verification badge was only given to notable or high-profile accounts which Twitter had analysed and deemed authentic, but now the only barrier to clear is for a user to pay the monthly subscription.

Users on Apple’s iOS in the UK, US, Canada, Australia and New Zealand can now sign up and pay for the service, which will give them the blue-tick badge next to their profile name on the platform.

Musk has responded to criticism by arguing that adding a paid tier to the platform will help weed out spam and fake accounts because they will not be willing to pay to get traction on the site.

Twitter Blue is also set to add a feature that will promote replies to tweets from verified accounts as a way of rooting out those not verified on the site, as part of a range of other perks the firm said were “coming soon” as part of the subscription. 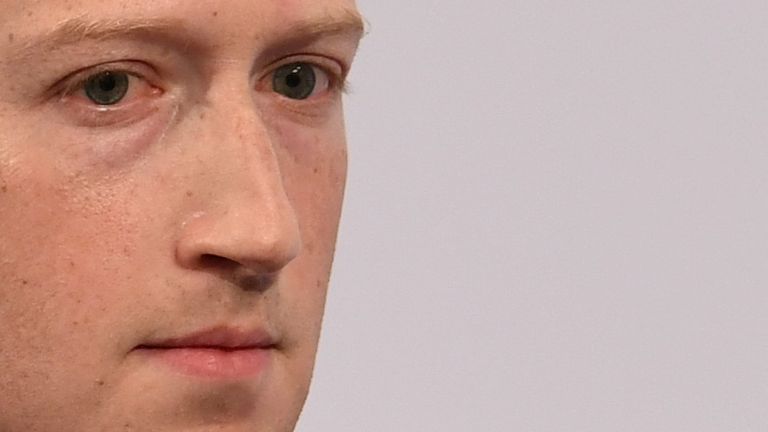 Sky’s Science and Technology Editor Tom Clarke takes a look at what is going on in Silicon Valley – and asks if ‘big tech’ is dying.

But critics have warned it will enable a new wave of misinformation as bad actors sign up for the badge and then pose as public figures to spread false information.

Twitter has pledged to stamp out any fake or misleading use of the system and says it will not allow users to change their display names after they get a badge.

Twitter’s online help pages say the definition of the blue checkmark is “changing” as part of the update.

“Until now, Twitter used the blue checkmark to indicate active, notable, and authentic accounts of public interest that Twitter had independently verified based on certain requirements,” the company says.

For more on science and technology, explore the future with Sky News at Big Ideas Live 2022.
Find out more and book tickets here

“Now the blue checkmark may mean two different things: either that an account was verified under the previous verification criteria (active, notable, and authentic), or that the account has an active subscription to Twitter Blue.”

For now, accounts verified under the old system are allowed to keep their own blue badges.

By clicking on the blue tick that appears on different accounts, users will see a pop-up message that indicates which of the two categories the person falls into.