Chelsea head coach Thomas Tuchel has challenged Ruben Loftus-Cheek to ‘use his full potential’ after the midfielder was praised for his performance during Tuesday’s 1-0 win in Malmo.

The academy graduate started only his second Champions League match, with his full debut in the competition occurring more than six years ago.

Loftus-Cheek took time to make his mark on the Group H contest but created two great chances in Sweden and produced several other excellent touches to continue his encouraging recent form which has seen him start three games during the past month. 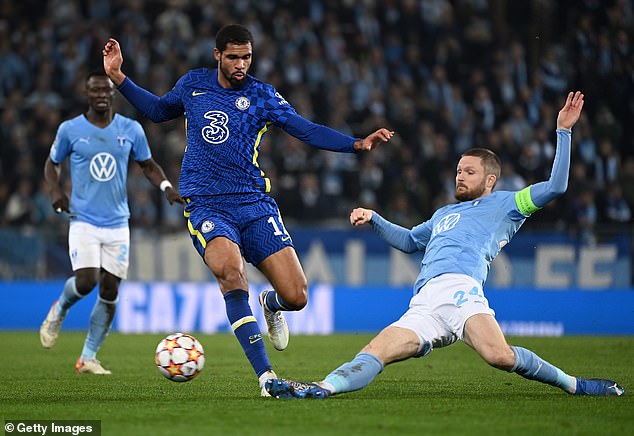 ‘I was a bit worried in the first 15 minutes if Ruben can find another gear but I heard before it was his first Champions League match since 2015 from the start,’ Tuchel said after Hakim Ziyech’s goal earned a narrow victory at Eleda Stadion.

‘Yeah, I think we can give the boys credit sometimes to be maybe nervous and find their way into the match. I am happy he fought his way through and in the moment it is symbolic for me he does not disappear or stay invisible.

‘That is why I am very happy and after the first 15 minutes he was involved in a lot of dangerous moments for us. I am happy he pushes himself through these little downs and comes up with another strong performance. 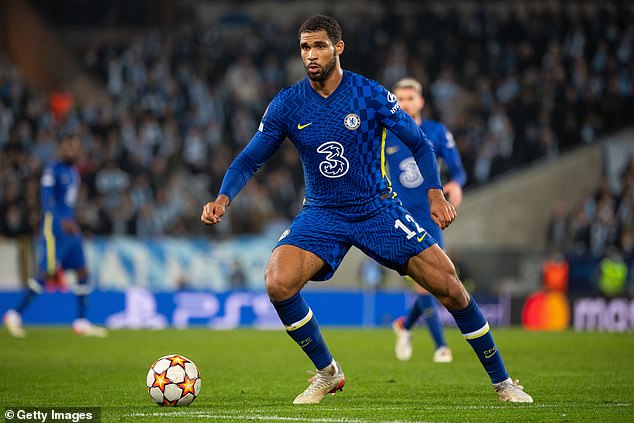 ‘I am very happy with him and the next step is to show consistency and push himself because the limit can constantly be pushed because he has so much potential.’

Chelsea were far from their best against the 1979 European Cup runners-up but sealed a third win out of four games thanks to Ziyech’s 56th-minute tap-in.

The goal came following a subtle half-time tactical switch which saw Ziyech and Callum Hudson-Odoi swap flanks, with the latter able to produce a wonderful cross from deep on the right.

Blues boss Tuchel paid tribute to Arno Michels for the change, adding: ‘All the credit to my assistant. He had the idea at half time and we liked it, so to have two right-footed on the right side and two left-footed on the left side. 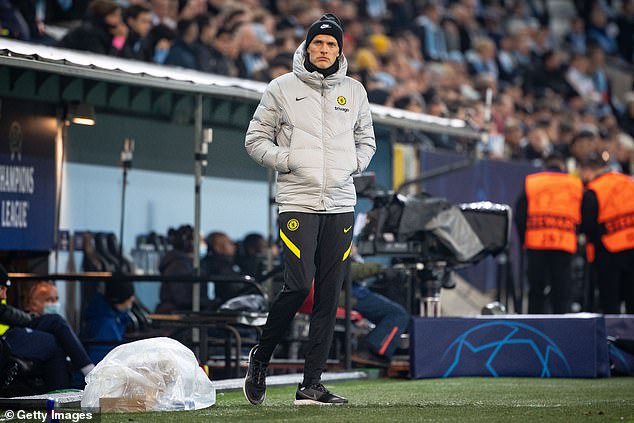 ‘We thought maybe we can enter and save an important tenth of a second when we have a free foot with Callum on the right side and the situation was like this. We had a breakthrough on the half position and he could deliver precisely enough. It was a good ball in, so the credit goes to my assistant.’

A 10th clean sheet of the campaign ensured Ziyech’s goal was enough for Chelsea to make it seven games without defeat.

It would have been a more comfortable night had Kai Havertz taken the two excellent chances created for him by Loftus-Cheek but he hit both efforts straight at Johan Dahlin.

The German attacker has only found the net on three occasions for Chelsea this season but Tuchel insisted: ‘I think he deserves (a goal) because he did some good matches now, very intense against the ball and off the ball bringing a huge effort, doing a lot of runs when we have the ball.

‘I like what he plays in the moment and I can actually see and feel how hard he fights for the team and what an effort he puts into it.

‘He is a bit unlucky at the moment but he won a penalty for us at Newcastle, today he had two chances to score, and yeah it would have been the perfect scenario if it could happen for him.’