Bitcoin has fallen below $40,000 (£29,480) to hit its lowest level since August amid a wider sell off in risk assets – including some of the tech sector’s top names.

Bitcoin had surged last year amid growing demand from mainstream investors, and hit a record high of $69,000 (£50,854) in November.

That was despite regulatory curbs, particularly from China, and continuing warnings from authorities globally about the risks involved in such investments.

But cryptocurrencies have been caught up in selling pressure on risk assets at the start of this year, which is linked to expectations about the pace of interest rate rises in the US.

Bitcoin’s recent downturn has also partly been linked to unrest in Kazakhstan, which is the world’s second-biggest location for so-called Bitcoin “mining”, the energy-sapping computer process by which the tokens can be harvested.

Wider stock markets were also down on Monday, notably among US-listed tech firms – with the Nasdaq off by more than 2%.

Apple was off by 2% and Meta, owner of Facebook, Instagram and WhatsApp, fell nearly 5%, while Amazon was down by more than 3%.

Bitcoin partially recovered later in the session as did the shares. 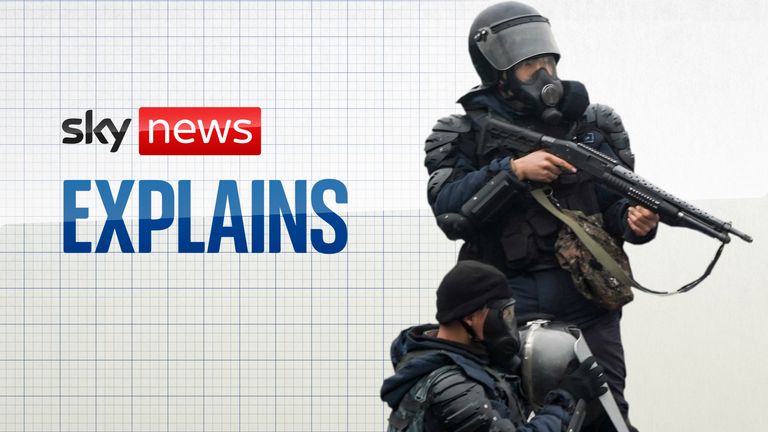 What is happening in Kazakhstan?

Tech stocks have soared over the past couple of years, partly due to ultra-low interest rates.